Look at the ears and the nose... the corpse and Epstein really do not match

What's in his will ?

What happens with his /the Island ? Can I have it ?

Who's doing his probate ?

Was he maybe tried quickly in secret pled guilty to murders and given the DP ?

Will Ghislaine Maxwell go to his funeral ? Can we arrest her please ?

In those pictures , is he dead or alive still ?

Was he maybe arrested and locked insecurely enough so as 'they' could do him over ? And now it's done ?

Why did hardly anyone make threads on this until he was dead ?


originally posted by: CynConcepts
a reply to: OtherSideOfTheCoin

Another curious aspect is in one picture you see them obviously using a resuscitation bag going into a hospital doorway. The other picture shows them prepping the body in a building with a different background.

So why the differences? All for show?

Hopefully copy and pasting works the pics were put up by another poster in main thread. 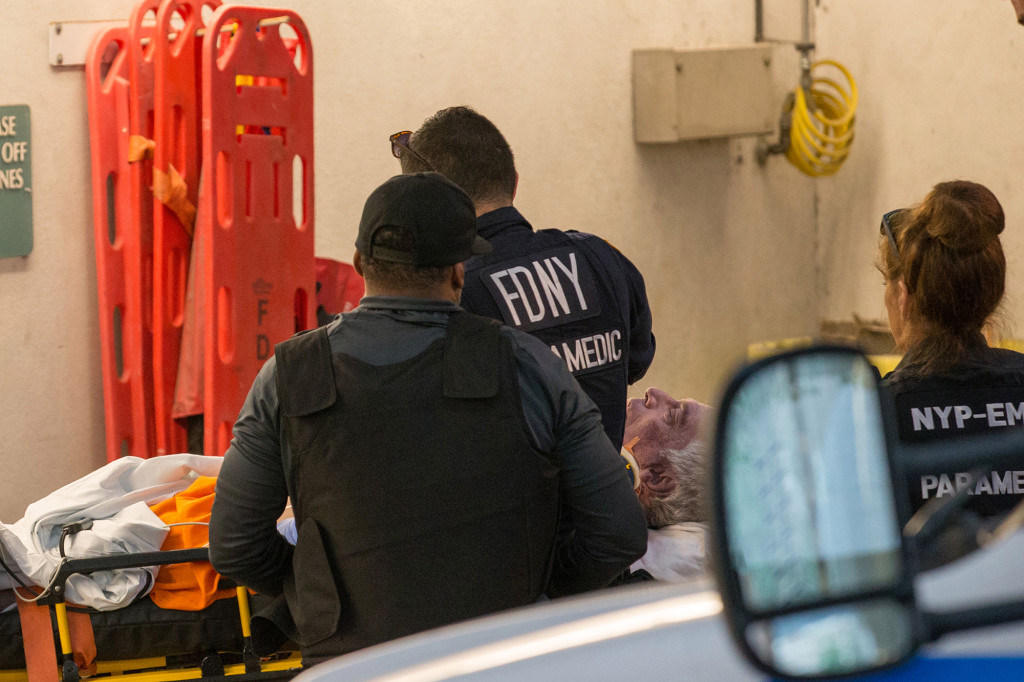 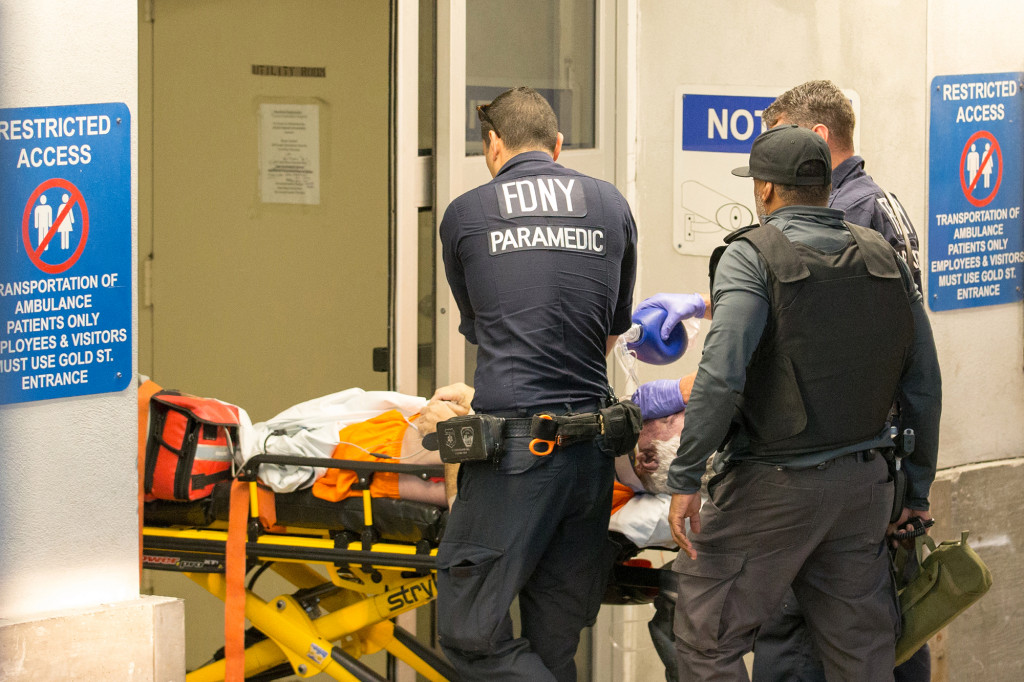 Also check out JinMi post. What he discovered about the addresses.

Hey thanks for posting those pictures sorry I am taking a while to reply having a busy day.

Second thing is which should be in focus is pose is different, one is standing and other is on his back.. go to bed and try to feel how your face relaxes.

Even the picture of dead person is grainy ( zoomed up) you can easily see the hair on older person is more over the ear and you can definately see M-shape same as in other picture on both ears, also earlobe is retangle shape in both pictures..

Nothing to see here !

It works like that here too, though it can be different for different jails/prisons.

The local one here is orange for inmates, green for inmates who have a bit more freedom because of good behavior. They typically go about the whole facility doing different tasks.

There is only one type of prisoner there according to the guy,


The perspective describe in this video is that the whole thing is planned and approved by Trump, starts at the 11:10 min mark. Some of Trumps tweets and Q posts are used to establish this. It was done to setup and catch another attempt on JE life along with providing a more secure location for him.

Either way, sounds like the cure is starting to spread with the recent document release and arrest of a couple of close associates. There are still big challenges ahead as the media has more agenda than integrity.

originally posted by: TheUnforgiven
a reply to: Gothmog

I just said I like that article.
I did not say I believed it...

Was Epstein a double amputee from the groin down?

What's up with that 'tan line' on Epstein's forearm? It just looks so unnatural especially zoomed up! The skin colors have no match anywhere else in the photo!

I wish the photographer would just come forward and admit that he photoshopped these photos to make a name for himself! The alternatives completely lead one to believe that this is a conspiracy and that is not Epstein going into a hospital but a training dummy look alike with a mask.
edit on 8 12 2019 by CynConcepts because: (no reason given)

That picture is from the same day. We carry back boards on our rig and when patients are on them, they stay on them until cleared from the Doctor. Then those back boards go to a certain area to be clean and have the straps removed(straps removed sometimes, depending how lazy that person is). After being cleaned, they are left in a different area to be taken by any rig replacing there used backboards. This is totally normal every where

Same C-collar, they have an ET tube in his throat, different times it seems the photo was taken. Im guessing the girl has moved to the front of the stretcher and is out of view directing where it will go while in the ER. Usually, the guy pushing at the head can squeeze the bag valve mask, while someone walks or rides on the side of the stretcher, doing chest compressions. Also, the stretcher is lowered to help with compressions.

the second photo, it looks like they have his hands tied together so they dont frial around.

That face looks like he has not had oxygen in a while, even though they are breathing for him, thats normal looking for that.

depending on their protocols, he might have had some cardiac activity to where they have to do CPR,

Automatic death scene is, rigamortis, blood pooling under the body and cold. Just by looking.

These pictures look legit. I cant comment on the ear though.


These pictures look legit. I cant comment on the ear though.

You also cant comment on actual points I made it seems.

Since a firefighter/paramedic should have some knowledge on human anatomy, what's your professional opinion on the no leg situation?


MOD NOTE
Please check your PRIVATE MESSAGES
edit on Mon Aug 12 2019 by DontTreadOnMe because: (no reason given)

Awesome! Then you obviously went through intubating training as an intern. Did they use those upper torso dummies or were all dummies in training full body? please share your experience since the pic does appear to have the roll holding his upper torso in place and not under his buttocks, thighs, or knees.

posted on Aug, 12 2019 @ 10:47 AM
link
pictures are controversial... the variations we clearly see in close-ups of the Ear folds/sizing/lobes indicates the corpse image is not the same Ear profile of an earlier, live J. Epstein picture (unless 'that' earlier image itself was altered)…

as far as investigations go....
the properties where J. Epstein done the sex crimes, had invited guests indulge in those sex antics even as they were recorded on CCTV/video-tape ----
are still subject to the Justice Department Investigations by crime experts...

just because Epstein is Dead &/or Gone... does not Stop the Prosecution from developing Evidence and Indicting law breakers

posted on Aug, 12 2019 @ 10:52 AM
link
I can change the line of my nose just by making a face. Put your fingers on your nose and feel how it can change as the tendons compress. The ear on the corpse looks a little bloated at the lobe, possibly some bloating already starting.

I can't say that this isn't a different person....I am sure that money can buy a person to act as a double. I would definitely agree to take someone's place for ten million dollars to be paid to my family, I am not alone in that reasoning. Buying off a coroner and some other people to fake stuff like fingerprints and to shuffle money to a new identity and pay off plastic surgeons later is not a problem for him. Because of his social status and what he has on some high ranking people, it could be that skirting him away so he will not talk is being allowed.

Or he could have just died, I do not know what went on, it is not that important to me to start investigating.

But I do like hearing theories of what possibly is going on. Life is more interesting if you do not just accept things told to you without considering conspiracies.

originally posted by: OtherSideOfTheCoin
So I have actually seen people hanging themselves and what they look like after it and its not pretty. It does change the look of the face as blood vessels and things start to pop, eyes bulge, the entire body goes into overdrive and strains as you get this massive build up of pressure that makes the entire head look like it's going to pop. Not only that when you die every muscle completely relaxes with again, changes the look of the face.

Now this video is looking at some very unclear pictures, looks like he also has a neck collar on which again can make the face look a bit squashed up. I would also question the time gap between these pictures are we looking at photos taken a few years appears again that has to be accounted for.

So yeah, based on this video it does not in anyway prove that Epstein isn't dead just looking at these pictures.

Personally I am thinking that "They" let him commit suicide.


Definitely not like Lil Pete from the Ridiculous 6 then, I take it?

I've been looking and looking and reading and thinking and now after looking one more time I am completely shocked that the photo with the big head was released to the public. In that picture you see four people. Epstein in the background and three other people in the foreground. Epstein's head should be the smaller of the four, but the three people closer to the camera all have smaller heads. The guy closest to the camera must be able to stick his whole head into a keyhole.

posted on Aug, 12 2019 @ 11:21 AM
link
Unforgiven
The legs? The legs are there. You're grasping for straws. It's behind the airway bag under the sheet. Do you know how disgusting most peoples toe nails are? When your at the end of the stretcher with feet hanging off and a toe nail scratches your forearm, its the grossest thing in the world. So, pretty much everyone wraps up the legs under the sheets. Its normal to throw the air way bag on top between the legs or the monitor on top.

I've used both, departments pretty much use half dummies for re certs during the year. Schools use full dummies so they can make the dummy do different things. I'm not quite sure what you mean about roll holding his upper torso. I've never rolled up sheets to put under the body to intubate someone. If anything, i've moved the body towards the top of the stretcher, to drop the head to get a better visual of the vocal cords. Then slide it back down to the stretcher.

posted on Aug, 12 2019 @ 11:22 AM
link
Also, I can not see the updated comments while logged in. I can only see new comments on my phone while not logged in. So sorry if my replies are not in the quotes.