Recently, the rover’s camera captured a panorama of the Teal Ridge outcrop and Strathdon, a rock comprised of wavy sediment layers that could have been sculpted by wind, water or both.

“We’re seeing an evolution in the ancient lake environment recorded in these rocks,” said Valerie Fox, co-lead for the clay campaign at the California Institute of Technology. “It wasn’t just a static lake. It’s helping us move from a simplistic view of Mars going from wet to dry. Instead of a linear process, the history of water was more complicated.”

The rover has been exploring Gale Crater for a little over 7 years now. Just a few days ago it drilled sample hole number 22 into the surface of Mars.

The rover has gone 13 miles since it landed and has climbed over 1,200 feet. It has sent back thousands of images to Earth.

This is a now rare, non-bayer, Mastcam M-100 image of the new hole drilled by Curiosity into the clay bearing outcrop. 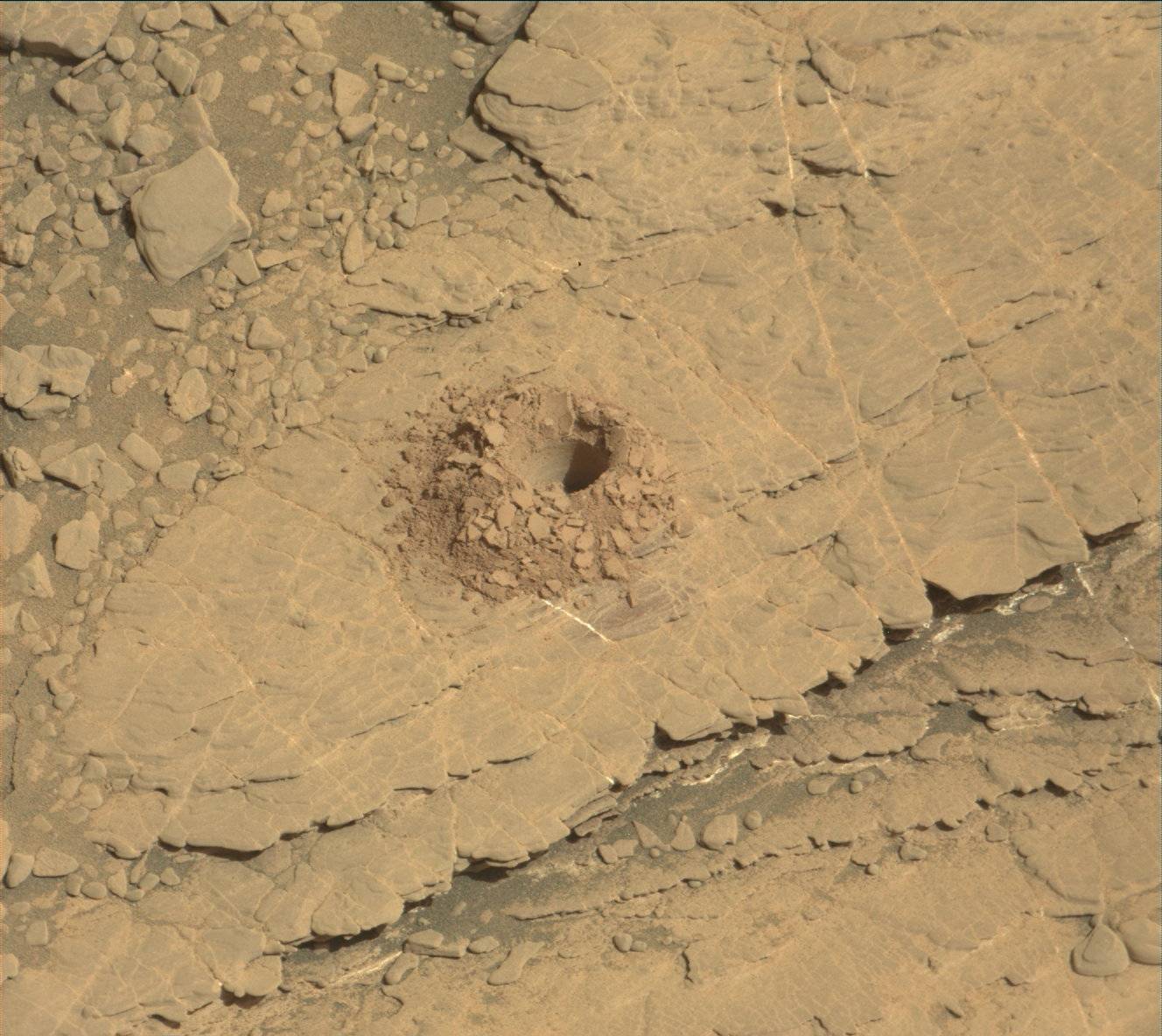 There is a new peer reviewed paper that is adding to the theory that Mars was once a watery world and was hit by an asteroid that caused a mega-tsunami.

The new peer-reviewed findings, from Francois Costard, a scientist at the French National Centre for Scientific Research (CNRS), were first published in the Journal of Geophysical Research Planets on June 26, 2019.

Costard has advocated his theory since 2017 to explain some unusual surface features called Thumbprint Terrain – concentric ridges that look like those in a thumbprint – in Mars’ Arabia Terra region. A very similar theory had also been suggested by two other groups of astronomers back in 2016. In their scenario, the asteroid impact caused not one but two tsunamis. 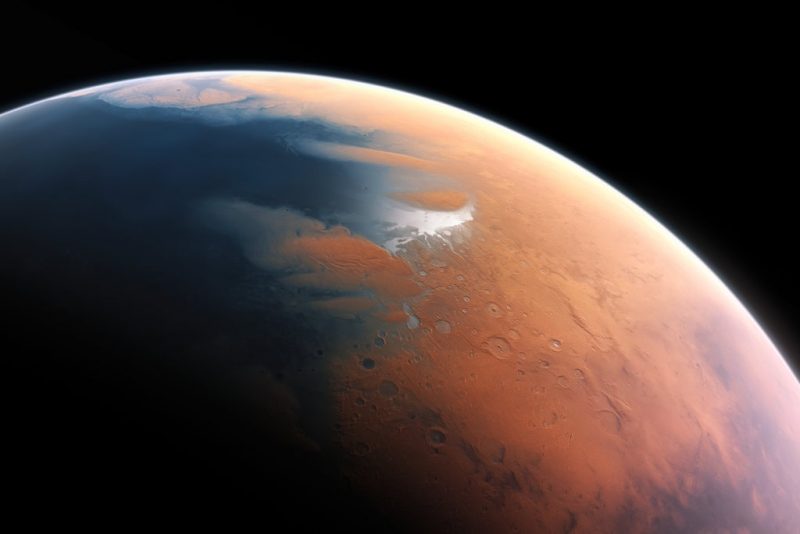 A mega-tsunami on ancient Mars?


The rover has gone 13 miles since it landed and has climbed over 1,200 feet.


That's pretty incredible in itself isn't it , long may her wheels stay round.