1. Epstein was in "jail", not prison.
2. Epstein "allegedly" tried to commit suicide once before his 'alleged' death
3. Epstein is allegedly dead by way of "hanging".''

Beyond this, we really don't have any "FACTS".

However, what we DO have is some pretty good stuff to base some good ol' deduction on. Here's how...

4. If Epstein really did hang himself, then there will be scars from the rope or device he used to do this!

5. Any Medical Examiner (worth their salt and not corrupt) will look for a match between the device used to hang and the scars which will be left on a dead body. Proof positive he "hung" himself.

6. A Medical Examiner will look for scars around the neck. Why? Because every single person who has ever hanged themselves INSTANTLY regretted the decision!! NO ONE...just hangs there! The human desire to preserve life is far stronger than any depresesive desire.

SO....we should see a ME report which talks about abrasions to the neck (aka...the perp trying to "un-hang" himself). My best friend's son hung himself in is bedroom...and these scars were prominent. Tragic, I know, but it's true.

7. If Epstein DIDN'T hang himself, then toxicology reports are vital! Why? Because...people who don't want to be hung, don't go easily. So, it would take more than one person to hang someone who resists. AND, that effort will probably create noise, which means "other" people are involved.

8. Epstein is supposedly a smart guy. Let's say he tore strips of his mattress every night and eventually weaved those strands into a rope...and he hung himself. Okay...from WHAT, did he hang himself? AND...surely the Medical Examiner has the EXACT marks on the corpse's neck from the device used to hang the individual. SOOOOOOOOO....surely the ME can verify whether or not the victim's cause of death was from the "rope", or not!

10. So now, MOST IMPORTANTLY, the Cause of Death...We can reasonably deduce that Epstein was indeed hung. Why? Because any autopsy would clearly show this! It would show major trauma around the neck, it would show loss of blood flow to the brain...it would show all sorts of things. There's no way to hide this.

So, If he was killed...he was killed by hanging. There's DNA, there's tissue...there's no way you can hide how he died. So if he died some "other" way...then the conspiracy is even greater than it is now.

Bottom line...this is the GREATEST CONSPIRACY SINCE THE ASSASSINATION OF JFK! !!!

Watergate didn't KILL people, but this one did!!

The OP is correct we have little facts

What’s odd here, among other things, is the statement “ that he was found unresponsive in his cell”

Oh yeah, after apparently hanging himself!?


Wouldn’t they say…He was found hanging in his cell?
For them to say merely “ he was found unresponsive” is a strange description of a hanging event.

NBC says he hung himself. That might be untrue,

Maybe it’s the press stories but so far this doesn’t make much sense.

That along with the suicide watch question is baffling.


Or maybe Jack Ruby's son or ghost was in the cell next to him!

posted on Aug, 10 2019 @ 06:20 PM
link
I think he is dead but as another op posted maybe he is on a long flight back to Israel ? Either way the Press will make most everyone believe he is dead by self induced hanging no matter the truth of the matter...

This story about this guy just gets more and more bizarre and has so many loose ends I think it needs at least another week to see what surfaces before we can make any sort of sense of it all.

All the icky sticky alley ways of the internet will figure it out, I can bet that's why he got caught in the first place.

originally posted by: madmac5150
I think when everything shakes out... they will do a ten, one hour episode mini-series on HBO.

I do not believe suicide was the cause of death nor plausible. I think it will come to light that hanging was not possible, If anything, garroting.

posted on Aug, 10 2019 @ 06:42 PM
link
The main problem here is that if this was murder, it will be pretty easy to ensure any medical report or autopsy says exactly what the people who ordered the murder want them to say. This seems reasonable to assume because they would have organised the stand down of those people at the jail in order to carry out the assassination. In other words, they have power. Power to make their own rules and our reality.

Exactly right.
In the meatime, any person who does get implicated in Epsteins crimes will be 'selected'.

posted on Aug, 10 2019 @ 06:55 PM
link
Wasn't there a big muscle bound steroided out ex cop doing time close by?
They probably shut off the cameras, led the roid boy in there to easily control and choke him. The ex cop was probably told to sit tight and his sentence will be reduced drastically and millions of dollars waiting for him to enjoy the rest of his life. Hired by Hillary. She will later have him heart attacked. No loose ends! No loose lips!


What else we know, is that a majority of ATSers suspected he would be murdered and rule a suicide. I think we were all right all along. Congrats ATS. You called it before it happened

posted on Aug, 10 2019 @ 07:32 PM
link
most of the autopsies from the Clinton death list were done by the same guy, a friend of the Clinton's.
lots of impossible suicides ruled and no justice.

Autopsy will show Epstein died from an overdose of bleach bit.

posted on Aug, 10 2019 @ 07:53 PM
link
according to the daily mail he was taken of suicide watch which i recon was very convenient reply to: Bluntone22

He had marks around his neck, but wait! That was the time before when he was in the cell with the Hulk cop. This time, no indication of marks. He was found unresponsive, he was cold to the touch, he was sill breathing, no he wasn't, wait....there are pics of him on a gurney but look closely. That's not the same man. Blah Blah Blah.

What if he simply had a heart attack, for real. And just like that, he's deceased. 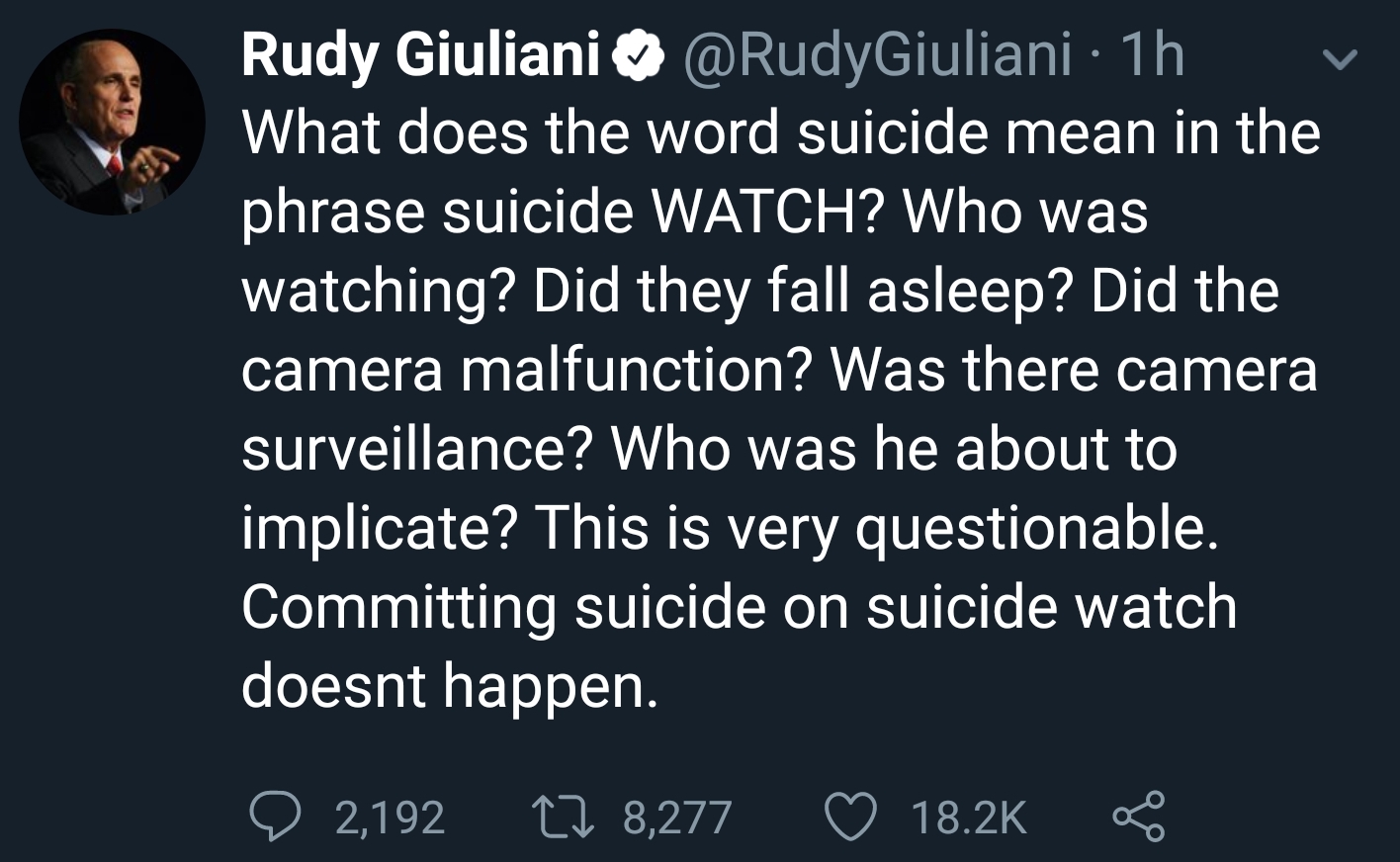 FBI is investigating the suicide of Jeffrey Epstein in jail, where he was awaiting trial on sex-trafficking charges 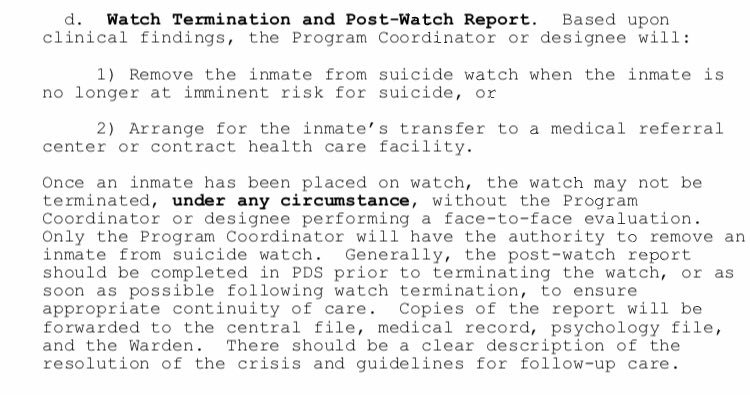