Real crime and the justice system...

posted on Aug, 10 2019 @ 06:01 AM
link
I am a big history buff and normally fill my spare time with historical documentaries and such, but lately I’ve been on a true crime kick, and a couple things just stand out to me..


1) if anyone isn’t aware , every police department has what is called a “clearance rate”..


A “clearance rate” is the percentage of reported violent or burglary type crimes where they made an arrest..not a conviction.. that is part of the prosecutions stats..

Well you can check your towns clearance rate and most are not good... even some small towns will have 15% or less of an arrest rate for bigger crimes.. and by bigger I mean crimes that everyone considers crimes..

It doesn’t cover traffic , drug or other victimless crimes..


2) I am shocked at how often everyone knows who did it, but they are afraid of double jeopardy ruining their chances of convicting them..SO THEY WALK FREE.. sometimes for years, sometimes for ever..


So considering those 2 points, WHY and the hell are we devoting 100x’s the resources into nonviolent/victimless crimes like drug and traffic infractions?!?!


Now I’m not saying there shouldn’t be laws against victimless crimes, I am all for DUI’s..


BUT SHOULD WE REALLY ONLY HAVE 2 OFFICERS WORKING RAPES AND 400 drug agents?!?!


We wonder why only half of murders are solved and less than that when concerning rapes and robberies.... Well it’s obvious...


There is no money I solving violent crimes...


In fact solving violent crimes costs boocoo and the only return on investment is that a murderer is off the streets..

What about drug and traffic violations?? Those are extremely profitable..

Hell half the towns and cities in the country are primarily funded by the fines over victimless crimes..


It just seems so obviously corrupt...

The stuff we all actually want and care about isn’t profitable, so it just gets Kip service and the scraps, while drug busts and confiscations are funded to the gills... why??

posted on Aug, 10 2019 @ 06:57 AM
link
Would you prefer no criminal charges ?
You know a traffic violation is a local ordinance , not a criminal offense .
Most laws are in place for a reason.
And are all considered "real" crimes .
Perhaps you should lay off the crime shows

Pretty sure the OP is saying cops go after low hanging fruit instead of going after violent criminals cuz its cheaper. THAT is not what they are paid for nor is it in the public interest , nor is it keeping the motto £to protect and serve".

I was going through the ft. Walton beach florida budget and sure enough, a good portion of the budget income came from a heading fines/fees.

I think it's time we take the blindfold off ol' Lady Justice so she can see what the hell's going on here!
Also it'd be nice if She stopped swinging that sword around indiscriminately. 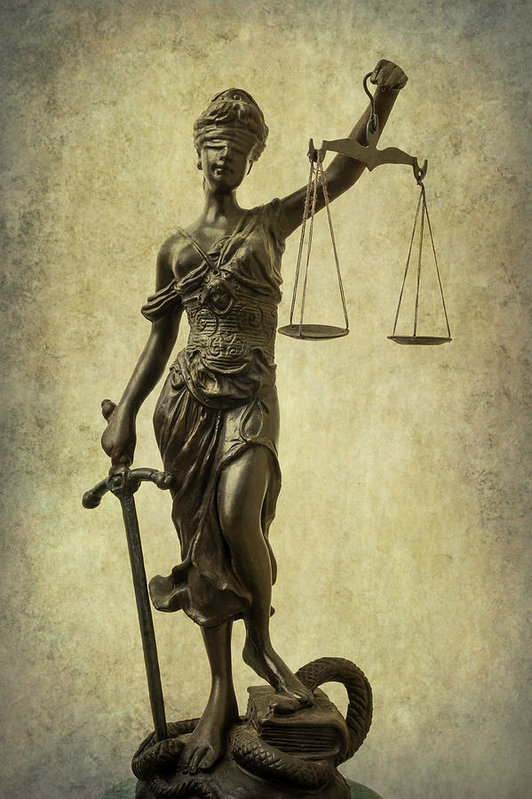 No but I would prefer more resources being devoted to violent crimes and burglaries and such, rather than traffic violations..


Hell you could do traffic violations all after the fact..


Your fine for speeding is dramatically increased, but is only applied if you had or caused a wreck.. speeding without an accident doesn’t have to be a crime.. or if the officer witnesses legitimately dangerous driving...

Aka way worse than a rolling stop..


We make it a crime assuming it will save lives, and though I have no problem with these things being penalized, I just think that murders/rapes and robberies should take precedence, I’m not sure how many lives it saves..

Things like speeding are done impulsively without considering the consequences by nature..

Not cheaper... profitable.. and yes I think that is totally different..


People will do dirt to save money, but for obscene profit.... there isn’t anything people will not do.


But your exactly right.


It may be shocking how little they do their jobs..

I’m not so sure about that..


Maybe stopped swinging it so wildly..


There is a who’s who of lives ruined for the states profit margins..