With all of the discussion regarding Donald Trump and White Supremacy I decided to take a walk down memory lane and look at some real racists and how a different administration handled it.

Voters at a precinct on Philadelphia's Fairmont Street witnessed unusual sights and sounds on Election Day Nov. 4, 2008. Two members of the New Black Panther Party, King Samir Shabazz and Jerry Jackson, stood within 15 feet of this polling station dressed in military-style black jackets, black berets and black combat boots. King Samir Shabazz wielded a 2-foot-long night stick. "Cracker, you are about to be ruled by a black man," one of the New Black Panthers told a white voter.

They taunted others as "white devils." A black couple who served as Republican poll watchers said they felt endangered when the Panthers called them "race traitors."


The Obama DOJ decided to NOT prosecute these guys and they disregarded the Voting Act and overturned the convictions of all but one. One was told (Jackson) he could not bring weapons to a polling place till after 2012. Now think about this for one minute while we are all digesting what is going on today with the media and their comments.

In 2012 Jackson was back as a poll observer at the same place. How can this happen?

If 2 KKK members, or any White Supremacy group was at a voting station saying the same things like "N-word, you are about to be ruled by a white man" or was calling them "porch monkeys"...how long do you think it would take before Don Lemons head exploded on live TV?

First, I would be pissed at either situation. Black, white, green or blue NO ONE has the right to intimidate another much less while they are voting.

Folks, the media and the progressives of the US are trying to pull the country apart so hard it should be apparent to any semi-educated adult in this country. If you turn on the TV it is nothing but a stream of hate.

If I talked bad in 2012 about Obama I was called a racist. It I support my current president I am called a racist. It has happened in these forums. They, as in the media and 20 POTUS candidates are even labeling non-whites as White Supremacists when they say all Trump voters or supporters. How does Ben Carson feel about that????

Irrelevant, the new narrative is that all Trump supporters are white supremacists & racists.

Another glaring coincidence is that the Russian whore has been sufficiently ravaged and thrown in the corner, along with obstruction, until once again needed. 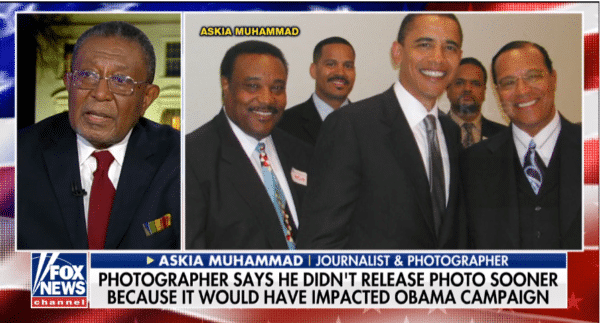 Gull Dangitt and all the chickens too 😎

Oh they are not done with the Russian whore..have a feeling that the DNC House will begin impeachment hearings sometime in November/December to use for the 2020 election cycle.

Sad thing is if you said that a decade ago I would have laughed and said you were high...now, well, turn in CNN.

I remember these assholes.
If that would have been my polling station and I if I was carrying, BANG....down goes Shabazz.
I feared for my life and the lives of other white people in the vicinity.

I'm concerned that President Trump could be continually duped by his Department of Justice, because OBAMA's people are still in control.

ANTIFA was supposed to be officially labeled as a "domestic terrorist", but the DOJ quietly backed away from doing so.

Jeffrey Epstein's files were ordered to be unsealed back on July 3rd. But "something" is preventing that from happening. The Dept of Justice?

I am on the fence here. The way I look at it is when there is a lot of talk there is nothing there to report on. I think he was for quite a long time duped and it is not like you could ferret everything out in 3 months. At this pointing timing is everything and to be very honest I think internally they are testing people about leaks. At this point I still trust Barr and that he will do the right thing when all of the reports are completed. I think Epstien also threw a wrench in there as suddenly more people will be talking when there is jail time for raping kids. Epstein hung out a lot with a certain brother of a very close tie to the Clintons. Someone is singing right now....

Also, does no one find it odd that leaks are down QUITE a bit. Makes you realize all the staff turnover was for good reason.

Sorry to go off topic

You guys really like to defend white people. Remember when trump called out white supremacists tho?

We all know the black Panthers are racists as hell, but the kkk could have easily stood right there with them. Just saying.

Yes I remember when he did 😎🚬

posted on Aug, 7 2019 @ 06:35 PM
link
What I fail to grasp is why president Trump is being called a white supremacist. I mean, he cannot be one. It's simply not possible. After all, I have heard him repeatedly called the "Orange Man" by the leftist haters.

posted on Aug, 7 2019 @ 06:58 PM
link
If you're criticizing Obama doesn't that mean you have ODS? Or is that only true when criticizing Trump?

Not defending 'white people'. I am comparing the reporting of incidents and the vast difference. There are plenty of non-whites who voted for Trump who being labeled as White Supremacists...

A white supremacy group would hang Trump just on the fact he has an immigrant wife, dated black women and has Jewish grandkids. At least that was my understanding...

originally posted by: BoscoMoney
a reply to: Krakatoa

Yes, and I have stated that repeatedly here on ATS when it is used in that manner.

Now, who are the racists again?


At least six Democratic presidential contenders have called President Trump a white supremacist, and several others are suggesting the same. A Trump campaign official said: "They’re trying to make the case that anyone who supports this president is a racist. They’re talking about [nearly] half the country."
The state of play:

Sens. Elizabeth Warren, Bernie Sanders and Kirsten Gillibrand, as well as Beto O'Rourke and Pete Buttigieg, have all publicly called the president a white supremacist since Saturday's El Paso massacre. Buttigieg said yesterday, when Axios' Alexi McCammond asked him — at a National Association of Black Journalists (NABJ) forum in Miami — if he thinks Trump is a white supremacist: "Yes, I do. At best, he’s emboldening people with that intention."
[...]

edit on Fri Aug 9 2019 by DontTreadOnMe because: trimmed long quote IMPORTANT: Using Content From Other Websites on ATS

Oh isn't that nice. Do you feel good about your post? Maybe if he would STFU like every other president on modern history he would not be brought into the conversation.

But you are right, he is not president anymore thank god and our current POTUS is fixing the # storm Obama created.