Mental illness isn't a major risk factor for gun violence, but here's what is


Soooooo, if mental illness isn't a major factor, then what is?

Having access to a gun is more of a risk factor for violence than being diagnosed with a mental illness, research shows.

Mind you, this is under the "health" heading on NBC News. They elaborate:

Experts and lawmakers who are once again trying to make sense of what drives gun violence in the United States, however, disagree about what role, if any, mental illness plays.

Could. Not. Be. More. Blatant.

They might be on to something here. I mean NBC hasn't shot anyone and they're clearly retarded.

posted on Aug, 6 2019 @ 10:47 PM
link
Many in the MSM and many politicians are worried stiff they will be exposed as sociopaths and psychopaths and the medical boards will classify those as mental illnesses and bingo, they get locked-up tight never to be heard from again !! 😎🎯😎

Do you think that mass gunmen like the El Paso shooter should be able to plea that his mental illness made him do it in court?

NBC has several high-profile people with mental illnesses, murders that were hidden, and extreme sexual perversions.

Naturally, NBC will deny that mental illnesses cause damage to society.

How do you physical commit gun violence if you don't have a gun? I'd think that its virtually impossible for that to occur.


Now if the study was on "major risk factors for violent crime" than access to a gun would be a valid factor to test.


Unless the artical is being sloppy with its wording and "Having access to a gun" means something more specific.

posted on Aug, 6 2019 @ 10:58 PM
link
Most of the people working at MSM are mentally ill, they consitantly twist things to fit their needs. So they want to deflect anyone from looking at their deceptive practices. Most all the major networks twist things a lot these days, being compulsive liars is considered a mental illness.

They are just trying to protect their own kind. Most of the small town newspaper and TV stations do not like to spread lies but they do have to say some of the stuff their main network spews. Lots of local people hate when people in their towns lie to them directly.

No. For numerous reasons. One of them being that such a law would deter mentally ill people from seeking help in order to own firearms. Kinda self explanatory.

The suit charges NBC and the Institute of Safety Analysis with rigging tests of GM’s trucks with incendiary devices to force explosions on impact and that the vehicles tested were not equipped with the proper gas tanks.

Another point worth mentioning...


According to the American Psychiatric Association, people with serious mental illness commit only about 3 percent of violent crimes.

And then goes on to further quote the APA's president, Rosie Phillips Davis:

rates of mental illness are roughly the same around the world, yet other countries are not experiencing these traumatic events as often as we face them. One critical factor is access to, and the lethality of, the weapons that are being used in these crimes. Adding racism, intolerance and bigotry to the mix is a recipe for disaster.”

( catch that political jab at the end? )

NBC is relying on the APA for their input.....

Mind you, that's only the percentage that was publicly claimed. But a GLARING conflict of interest there don't ya think??

Shooters without a gun just run down to the local 7-11 and buy a handgun before attacking. It doesn't even take long enough to give them a chance to change their mind.

originally posted by: Asktheanimals
Oh good! I was so worried only insane people would go off shooting total strangers. What in the actual ____ is going on these days?

You'd have to be insane. You saying a sane person would?

originally posted by: Xtrozero
So someone wants to kill a mass of people anywhere...what do you call that?

I call it evil.
They might be mentally ill but's it's still evil.
edit on 6-8-2019 by Asktheanimals because: (no reason given)

I hear a lot of complaints about coverage, bias, blaming.

I think we can safely say some mental illnesses would cause concern when you add access to loaded guns of any kind.

Who here truly believes anything the news people say regarding studies or polls?

How about some discussion of a fruitful nature that deals with minimizing the soci e tal risk of being randomly or purposefully shot while going about peaceful day to day existence?

For personal insight, i would argue that i frequently fantasize about self inflicting harm of a suicidal kind, and that having access to a firearm is my frequent concern. I imagine that you would not be reading this if i at any time could pickup and load a weapon. The line between fantasy and reality being reduced to a trigger and aim.

I would, in my obvious ignorance, call it an act of insanity... Otherwise known as mental illness.

But then, I'm one of those prollies whose opinion matters not in the slightest.

Mental illness plays only a SMALL factor in "gun violence".

Mass shootings are a different beast....


Unless, of course, you're suggesting--based on the extremely high rate of mass shootings AND gun violence--that America suffers from national psychosis?

By claiming it all boils down to mental illness and not access to guns--it looks to me that is exactly what you are implying...

After all, here in Canada, guns are LEGAL, yet we don't have nearly the high rate of gun violence PER CAPITA than the U.S experiences, despite having mentally ill people here as well...

Here comes the million dollar question: Why do you give a f# what a news outlet stated that you felt the need to create a thread about it...?

Now, to be fair, I will let you know why I gave a f# to respond to your OP: I want you to answer the above question.

"Mental illness and hatred pull the trigger, not the gun,” Trump said

Very true. However, it doesn't take a rocket scientist to understand that a HIGH POWERED ASSAULT RIFLE doesn't fire itself into a classroom full a five year old children--blowing their faces off--while at a school named Sandy Hook Elementary...

Beyond the gun violence AND mass shootings--America is disgusting nation in many ways. After typing that sentence: Off to edit my signature at bottom. 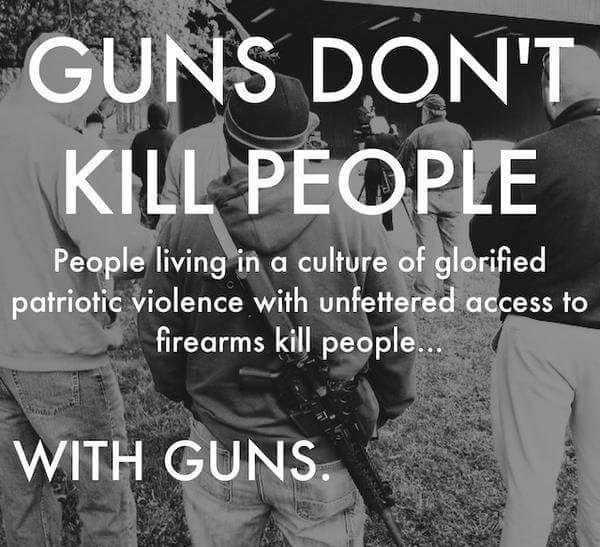 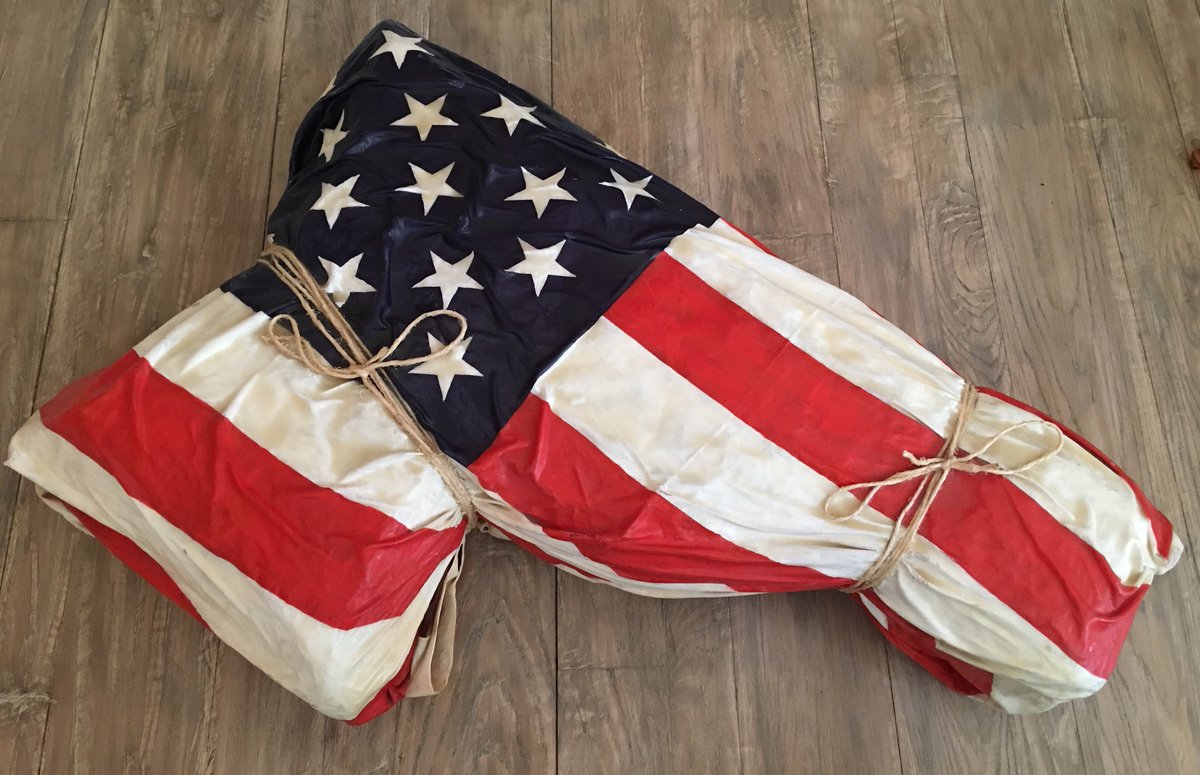 
There is something wrong with the mind if you think killing, harming maiming is ok.

I will excuse self defense.