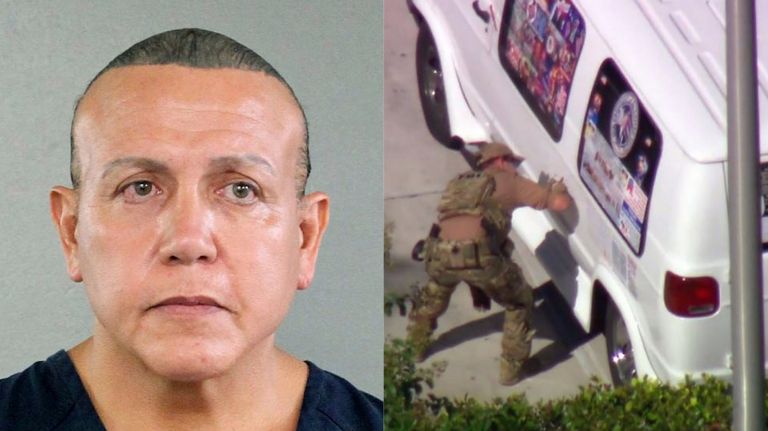 A Florida amateur body builder who admitted sending inoperative pipe bombs to prominent Democrats and CNN was sentenced to 20 years in prison Monday by a judge who said he concluded that the bombs purposely were not designed to explode.

Assistant Federal Defender Marcus Amelkin said his client was driven in part by his obsession with President Donald Trump and his feeling that Democrats were to blame for damage to his van, which was plastered with Trump stickers and images of crosshairs superimposed over the faces of Trump opponents.

Remember the MAGA Bomber? That was on steroids and 274 vitamins at the time he was making and sending these bombs?

None of the bombs that he had sent to the 16 people exploded, and he later admitted that he really only wanted to scare people and change the rhetoric, but I guess that's why it was only 20 years. Had he hurt anyone, it would have been life.

Some of the people that received the mail-bombs were Obama and VP Biden, a few Congressmen, Hillary Clinton and... Robert De Niro! He just really hated Bobby De Niro, along with all these politicians. Anyway, it seems he was a normal guy and never cared about politics before all this craziness started a couple of years ago.

Explaining his crimes, he said he was never political until he was looking at Facebook on his phone one day when “Donald J. Trump popped up ...”

He likened attending a Trump rally to a newfound drug.

“I was getting so wrapped up in this new found fun drug,” he said in one handwritten letter.

I guess looking at the bright side he didnt want to kill anyone.
But damn, how close was he to sending live bombs?

them fellas around the Broward County LEO or Parkland do seem to get the cushy treatments ...

But for who? Because it wasn’t for Trump

Still an extremely odd and suspicious case this