AboveTopSecret.com takes pride in making every post count.
Please do not create minimal posts to start your new thread.
If you feel inclined to make the board aware of news, current events,
or important information from other sites;
*please post one or two paragraphs,
*a link to the entire story,
*AND your opinion, twist or take on the news item,
as a means to inspire discussion or collaborative research on your subject.
edit on Sun Aug 4 2019 by DontTreadOnMe because: (no reason given)

Fixed that link for you

fixed the link for you

posted on Aug, 4 2019 @ 06:41 AM
link
Great post, plenty of great information and options. I actually feel smarter as a human, now back to bed

posted on Aug, 4 2019 @ 07:32 AM
link
Someone find something, a compass was spinning.. no visual contact, muddy water.. a group called "alien hunters" say its a crashed alien ship.

That is the only information I got out of that poor article..

Well... EMF of other worldly... no on second thoughts never mind.

posted on Aug, 4 2019 @ 08:17 AM
link
So it now appears that there is another feature in very close proximity to the odd structures, this time what appear to be the remains of artificial perhaps man made wall's poking up to 200 cm above the sediment, sound's more and more like this was once a complex settlement of some kind perhaps even a city or temple but one that will never be accepted as such since it may be up to 140.000 years old.

Of course the compass going berserk could mean several thing's but may indicate an active electromagnetic field of some kind, what if ancient man or some other race of humans now long gone had build a ceremonial site around a crashed ufo OR what if there is no UFO but there is a ceremonial site there indicating the existence of an entire age of culture, civilization and building that is not supposed to have existed at that time according to men that want us to believe we were barely able to speak at that time let alone build city's? (if there is a temple and it has wall's then it had to come from somewhere right, so they probably already knew how to build structures - wall's sticking 20cm out of the sediment at a previously undocumented feature in close proximity to the anomaly).

Now that is pretty cool. Thank you for the link.


Ocean X Team, who first discovered the anomaly in 2011, have found another huge object in the Bothnia region of the Baltic Sea. The team, who discovered the anomaly while hunting for shipwrecks, returned to the site on June 8 with a remotely-operated vehicle (ROV). They lowered the ROV at ‘Anomaly 2’, a huge “monolith” and a “slab” - and were stunned when their compass “went berserk” - an inexplicable machine failure that has previously occurred while investigating the site. 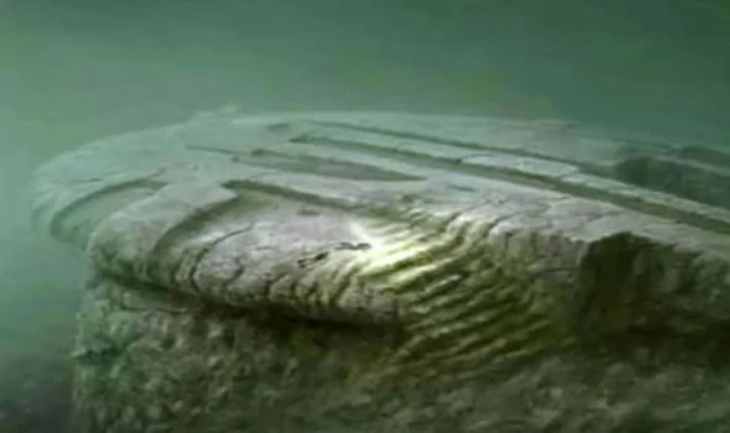 posted on Aug, 4 2019 @ 09:31 AM
link
a reply to: ClovenSky
Best post addition so far, that video is excellent and very intriguing.
I like the expert saying that it look's man made and perhaps 20th or 19th century, of course it is most likely far older than that but still it got him interested enough to let himself go on camera with that point of view.
My personal belief is that there is lot's of stuff that can not be explained in the usual sense and more will be found not only in the Baltic but elsewhere, I wonder when the last time the Baltic valley was high enough to be a valley rather than a sea was what with glacial depression and rebound in northern Europe, I love the fact it look's like the Millennium falcon though I doubt it is a UFO - then again there is that skid mark leading to it like it crash landed there or something?.

Wow, talk about regurgitating old imagery. That was debated on here years back, and dubbed a crashed Millennium Falcon.


Seriously, this article is not bringing new news. I'm going to go dig up the old threads, be back in a bit, you all will get a kick out of them.
edit on 8/4/2019 by Nyiah because: (no reason given)

And here are some of these ships gliding around one of our tether experiments in space:

posted on Aug, 4 2019 @ 09:48 AM
link
Ok, here's all the old threads I could find on the anomaly without looking with more specific search terms. These stretch back to 2012 and many include the same pictures posted.

Links 5 and 6 are pretty good threads, too


The point is the article didn't bring anything new to the table. They are presenting the article as if the info is fresh, when it very much is not. The monolith and compass deal are mentioned in the old threads I just posted. I'm not saying anything about your post itself being regurgitating old news, I'm saying your SOURCE is doing the regurgitating. They're not well known for being particularly honest with their articles as it is, this one is just another pure clickbait one fishing for clicks. Not unlike what Yahoo News does for click counts.
edit on 8/4/2019 by Nyiah because: (no reason given)

Wow, thank you for the work and those links. Time to have some fun and explore.


Wow Lab..right back atcha , your summary was very impressive:

originally posted by: LABTECH767
a reply to: wtfatta


Not so much against as casting some doubt on the matter of it being artifact in nature (personally I belive the site has a high degree of artificiality but once again that is my opinion and this goes against that).

Ahh, understood. Maybe it isn't that bad of thing to have articles brought up again, even if there isn't new news. I understand these researchers could just be saying there is additional info when there isn't to gain visibility. But still....

You know what would be kind of cool? Is if one posts an article or thread, there could be meta tags that would show similarly themed threads with a quick link. Maybe a way to link them together into a rolling narrative.

I just don't see anything wrong with posting this again, especially if it hasn't been brought up for a little while at least.

posted on Aug, 4 2019 @ 10:04 AM
link
No problem, Cloven. Those old threads are goldmines, I enjoyed them back in their heydays

originally posted by: Nyiah
No problem, Cloven. Those old threads are goldmines, I enjoyed them back in their heydays


Then make it so number 1