The article seems to be a quite curt and stern lecture to anyone thinking of storming the place. With over 2 million people on Facebook already signed and the guy who started it all has been outed as some college student goof, it's quite possible that because of Social Media things can get out of hand quite quickly. No not 2 million but a couple of thousand can be enough to whip up the sand. Joke or no joke I will bet that some wasted A hole high on Asteroid Fertilizer will attempt to climb the fence [assuming he, she even gets that close] for fame & fortune on any of the social platforms such as Facebook, YouTube, Twitter, The Ellen Show and whatever. Heck we have seen stuff like this before like Woodstock back in the day. Woodstock is dated and out but now we have Disclosure, cellphones and everything else.

So what say you?

However, if anyone were to try and enter Area 51, which is very highly protected, they are likely to be gunned down on approach.

Military personnel have already sought to remind people that Area 51 is a firing range, implying attendees could be met with bullets. Air Force spokeswoman Laura McAndrews said: “Area 51 is an open training range for the US Air Force, and we would discourage anyone from trying to come into the area where we train American armed forces. “The US Air Force always stands ready to protect America and its assets”. Thornton TD Barnes spent time protecting Area 51 in the late 60s and 70s, and also believes the army would treat any potential invasion as a terrorist attack and shoot on sight.

Mr Barnes wrote in an opinion piece for Fox News: “First and foremost, what these people signed up for is not merely an act of trespass, it could well wind up being treated as terrorism. “In fact, how do those participating know who is behind this plan? How do they even know that the organisers are not connected to ISIS or some other adversary or enemy using them to disrupt or penetrate the national security of the United States?” “In the unlikely event that any of those storming the Area 51 restricted area survive the military activity and ground hazards and actually make it to Area 51, they can expect detection by all sorts of sensors and cameras.

originally posted by: NthOther
You would die.

posted on Aug, 3 2019 @ 10:59 AM
link
Bloodbath. I just don't understand the stupidity here. Really, what do these fools expect to happen? Honestly, I expect it to be a low turn out. No where near the numbers being talked about. I'm guessing most of the idiots that would actually do something this stupid have no money or ability to get there. The rest of us are just hoping some videos of there is a live feed.

posted on Aug, 3 2019 @ 11:00 AM
link
There is only one road in. They don't just monitor that road but probably the 25 miles or more surrounding the entry. A single person might get reasonably far, because they are used to single cars going down there.

A large mass of people would not even get close. The road would be blocked off my any number of countermeasures. They are not going to wait until 100, 500, 1000 people get into the Rachel area and then start trying to go down the road (single file, I might add). And there is no need to use fatal countermeasures from Civilians on foot or in private vehicles.

posted on Aug, 3 2019 @ 11:05 AM
link
The base is in the fricken middle of nowhere.
Absolutely no facilities like drinking water or sewers.
Now drop a million people in that situation.

Anyone remember Woodstock?
Similar conditions with nowhere near that many people. And that wasnt in a desert.

posted on Aug, 3 2019 @ 11:15 AM
link
Let's say that 10% of the two million people that signed up show up.
200,000 people, storming onto the base.
Putting aside logistical problems that the civilian interlopers would have to overcome, like food and water, the possibility of people developing medical problems on the journey....

Imagine for a moment the logistical problems that the military would encounter in such a scenario. Ammunition and weapons required to kill 200,000 people, plus people to operate the weapons. How many security personnel do you reckon they have at the base? I doubt they have enough to contain nearly a quarter of a million people.
That would mean that the military would need to bring in a moderate number of troops to perform this duty. Troops that might see something that they shouldn't see. It would create more problems.
Personally, I doubt that a large number of people show up for the party.

10 of those Hummer trucks with the antennas that make the skin burn will show up.
When the dust settles, the deploy their dishes and whomever decides it is a great idea to storm that base will have a bad day quick.

No one will die through military hands that day.

posted on Aug, 3 2019 @ 11:23 AM
link
We've been over this before. This is logistically impossible for all sorts of reasons. If a few airheads do show up they will be rebuffed with no loss of life. If someone decides to get militant about it they will be zip tied and hauled off to jail and let go with a stern warning a day or so later with no other repercussions. The grown-ups will prevail here.
edit on 8/3/2019 by schuyler because: (no reason given)

Does anyone see a marketing opportunities there ?

They are prepared for the Naruto Run. 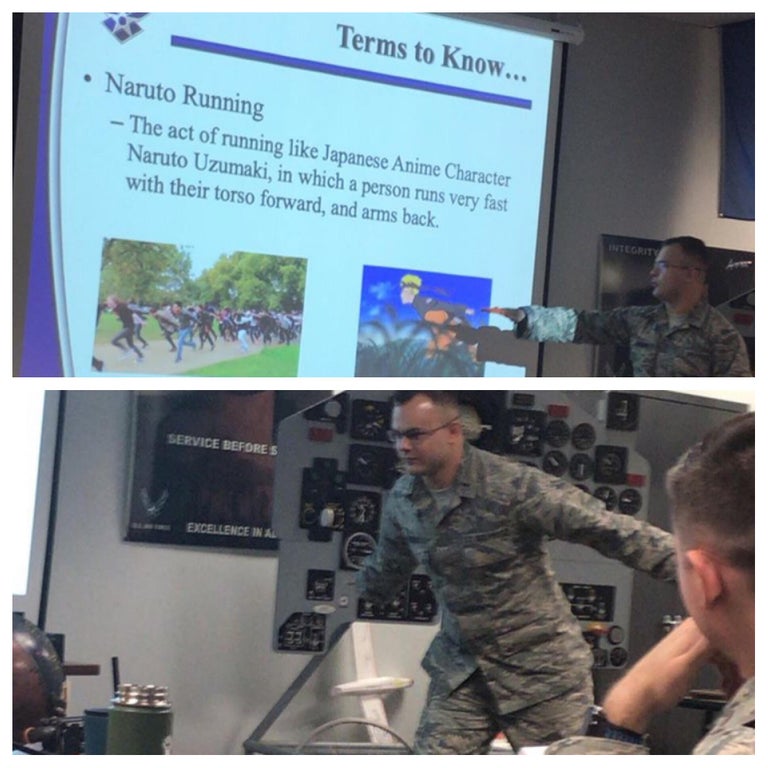 And they do have a point. People tend to get involved with stuff without thinking about the consequences. WTF is wrong with people that makes them think that trying to provoke the military on it's own base is a good idea? I mean, seriously? WTF man?
edit on 3-8-2019 by BrianFlanders because: (no reason given)

posted on Aug, 3 2019 @ 12:23 PM
link
You are being trolled by 1.9 million people if you think this is actually going to happen. People will show up, but nobody will storm the gate and naruto run. I'm sure some will test boundaries and get arrested, but that's it. Some people are so gullible smh.

posted on Aug, 3 2019 @ 12:31 PM
link
Tptb want people to go there or the MSM would not be talking about it and sensationalizing it so much. TPTB organized this in the first place. Why is the question? Just so they can shoot at people? I doub't that. To show you nothing is there? If a burglar phoned you, and said tomorrow at 2pm, He will come in and steal your "whatever", will you hide it, or just leave it there? Someone is putting a lot of money and logistics behind this. Can regular joe pull that off? I don't know.

The grown ups are the ones Naruto Running into a base where the USA commits atrocities against it's own citizens.