Could this be what TDL's tweet was about the other day?


Tom DeLonge’s To The Stars Academy claims to have discovered a material completely alien to planet earth. According to the organization, the mystery material comes from an advanced aerospace vehicle of unknown origin. The former Blink-182 guitarist and current Angels & Airwaves frontman has dedicated most of this decade to his UFO research company, despite reportedly being $37 million in debt. To The Stars did release a viral video in 2017, apparently depicting a UFO captured by a pilot’s tracking system. Famed astrophysicist Neil deGrasse Tyson wasn’t impressed, quipping, "Call me when you have a dinner invite from an alien.”

If so it's really not much of an announcement, the article I read said that this material has been in Linda Moulton Howes possession for a long time. If that's the case then it is nothing new per say, just new to them. Can't say for sure what I think it could be but sometimes unknown materials turn out to be nothing special once they are looked at through a science eye. Or it could just be putting it in a bigger spotlight by handing it over to TTSA. We will see what if anything comes of it.

Here is a link to an article that mentions how they got this material.


According to the press release, some of these materials were in the possession of investigative journalist and UFO researcher Linda Moulton Howe, who, in 2004, gave a presentation at the Xcon Conference regarding these materials. In her lecture, a video of which has been on the internet for years, she suggests that the material could become a “lifting body” with the right amount of electromagnetic static and certain RF frequency. These are undoubtedly the same materials mentioned by DeLonge on his Joe Rogan interview where he stated, “if you hit it with enough terahertz, it’ll float.”

this material has been in Linda Moulton Howes possession for a long time.

In that case how can the world not believe in this one.

posted on Jul, 28 2019 @ 09:14 AM
link
a reply to: roadgravel
It seems to me that since this stuff has already made the rounds that this isn't really much of an announcement at all, more of a rehash of old news.

originally posted by: skeeterslint
a reply to: roadgravel
It seems to me that since this stuff has already made the rounds that this isn't really much of an announcement at all, more of a rehash of old news.


Went you have nothing then grasping straws or exotic metals often happens. 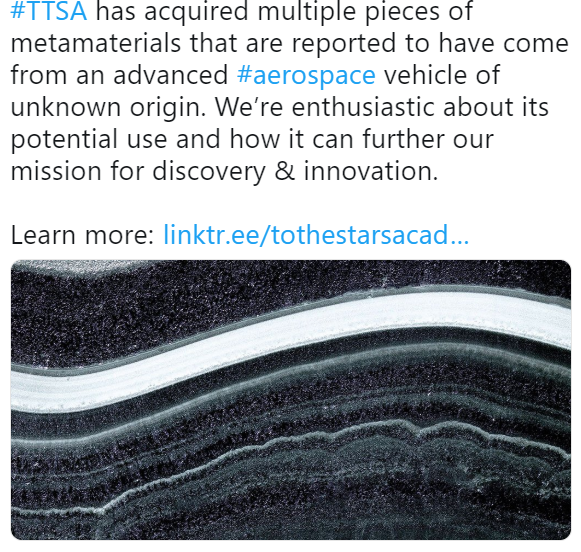 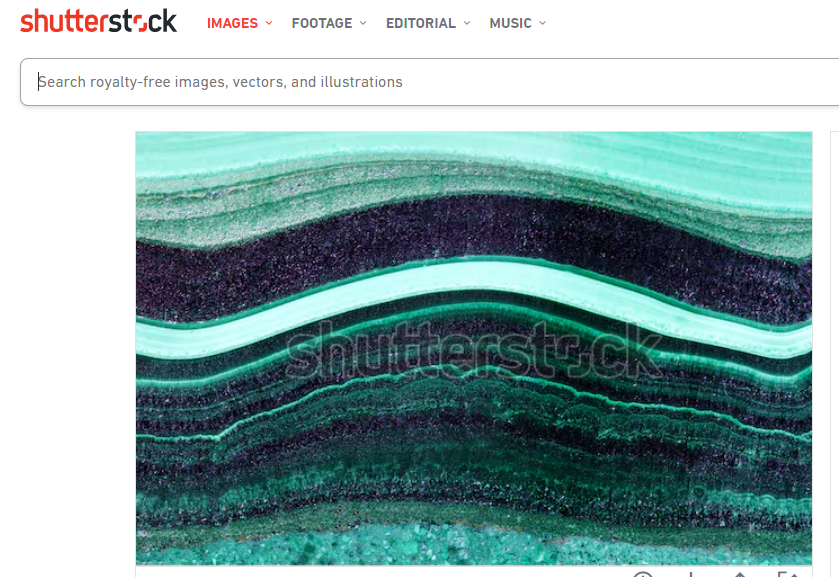 No not that one, I haven't seen it. The one that is more vague that someone linked to in this thread.

posted on Jul, 28 2019 @ 10:23 AM
link
To The Stars Academy has 3 highly superficially examined videos, 1 stock photo of a known rock and 2 photos of the same "material" that has been kicking around in the UFO circles for decades?

Is that about right, am I missing something?

"A lot like" as in "completely identical in every way" sort of thing?

Not even joking, I want to see some of the media like that come out. I may not take them all too seriously in some aspects, but I think there is real potential there. I enjoyed the first book.

But damn.. This whole "We gots somethin amazing folks! Stay tuned for more!" schtick was old before it started

Rather than just showing known fakes, I was thinking instead more about stuff that TTSA has slapped their logo on and actively promotes, like they've done with the Flir1, Go Fast and Gimbal videos and these "metamaterial" photos.

Oh yeah, probably could add this, too.

Does TTSA have anything?

To me this just looks like a closeup picture of one of those bottles with the colored layers of sand in it that you stick on a shelf and let collect dust for years, until someone comes along and knocks it over and mixes up all the colored sand.