One humble Brit's thoughts on Trump...

Every liberal Democrat I know prefers Trump over Pence. At least Trump is a social liberal from New Jersey. Pence is an evangelical psychopath.

Similar picture in the UK, BJ the new PM is a fairly social/centrist character while the leader of the left, Jeremy Corbyn, is like some socialist cult leader from 1970's comrade Britain horror B movie 😂

pmsl! 😂
There is an insult the left use in UK called 'Gammon' which refers to middle aged white men with rosy cheeks who are not on the left.
It is race specific but not denounced as hate speech lol, reminds me of that other thread where a young lad stared out a challenge from a belligerent old guy who was drumming in his face, if the old guy was white nobody would have given a ####! You couldn't make a story up like that if you tried. 😂

I just wish all those who were going to leave if Trump got elected would of left the country. Which basically shows their word is not worth squat.
BS talks and then does nothing.
edit on 27-7-2019 by PhilbertDezineck because: added thought

originally posted by: Subaeruginosa
a reply to: Silure

What a complete brown-nose of a thread... lol.

couldn't have put it better, especially when this brown noser talks about being a humble Brit but using an awful lot of Americanisms..never mind the word 'Humble' which when used by Trump was one of his most awful 'Faux Pas'

We can only hope so. I'd love to see Cali sink into the sea of their own petard and then have no resources to fix it. Uncle Sam could say your not my responsibility any more. Butt what about silicon valley? I say analog all the way baby.
edit on 27-7-2019 by PhilbertDezineck because: spelling

posted on Jul, 27 2019 @ 08:05 PM
link
Day by day the media narrative crumbles. They promised us another Hitler and he never arrived. They made themselves look fools for doing so.

Good on you for thinking for yourself and not blinded by pure hatred.

posted on Jul, 27 2019 @ 08:33 PM
link
Just popping in to say a hugh Thank You for your support. Be sure we will be right there with you through Brexit. And no, I don't think Trump will be hard on you. I believe he will give you a break in support and to help your movement.

And good for the entertainment industry.

Well, Trump surely made up for any lack of Obama jokes, (which there wasn't in truth) with his constant hits on Obama...like the' Obama 'Golfing fixation',

Simple analysis can show you that The Donald is actually talking about himself...even remarking at one time to visitors to the White House about buying a bigger TV than the one Obama had in the White House....I'll leave out the lol tag.

posted on Jul, 27 2019 @ 09:13 PM
link
I love having him.I Voted for him and will again, but I really don’t like listening to him. All I can say, is look at what he’s trying to deal with, so I can’t fault him for speaking their language.

Your avatar is like my worst imaginations of a solo road trip across the US!!! 😱😂
That said, totally, yep, if he was on the ballot paper here he would get my X in the box.
Search Jacob Rees Mogg if you want to find a spineless limp politician who I think is not fit to shine Trumps boots lol

originally posted by: Silure
a reply to: smurfy


I don't know why you brought Corbyn in to the topic as I don't care for Corbyn's style at all.
Anyway, since you did mention Bojo...and given your disability, I wouldn't count on Boris so much either.

Think about it carefully, some decades ago Maggie Thatcher had an initiative on the homeless just because they 'cluttered' up Westminster and Whitehall...one Tory Minister, Sir George Young once said,
“The homeless? Aren’t they the people you step over when you come out of the opera?”
Mr nice guy eh? that's the great conservative for you, and yes, Boris got on the same bandwagon as Maggie promising to clear the streets when he wore the feathers...and failed miserably.

I don't wish to dampen your hopes, but given Boris' speech outside Downing street a couple of days ago, he promised the Earth...new roads, high speed train 2, 20,000 more police, 'backing' the NHS up to the hilt, super duper military spending...etc, etc. Just another comedian....as I look down my road partially resurfaced just the other day...with tar and chippings


One humble Brit's thoughts on Trump...

The orange man deceived quite a lot of people. He's an employee and his boss is an outsider. 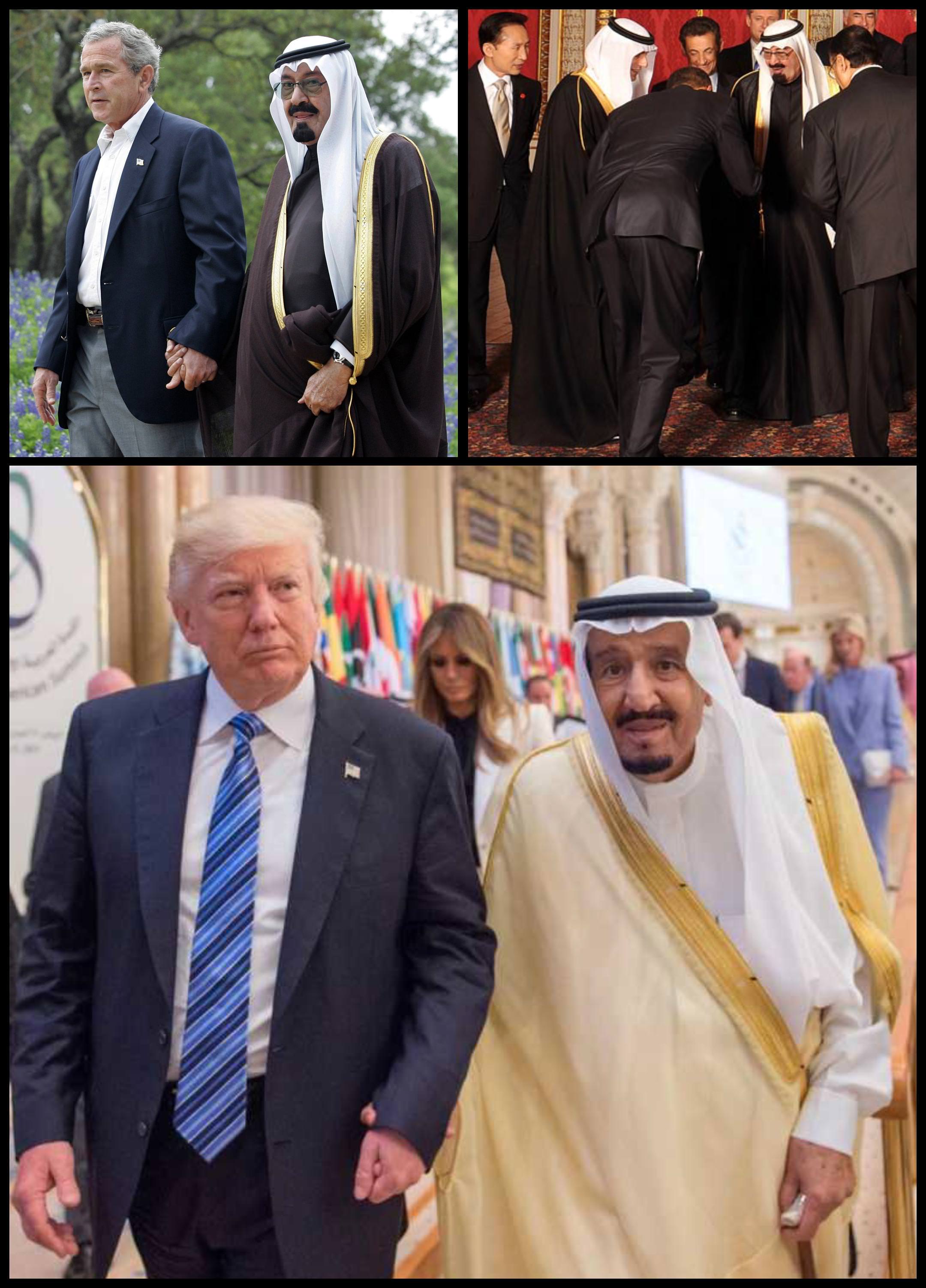 originally posted by: Silure
I would take Trump before Corbyn in a heartbeat, totally honest mate.

Speaking of Corbyn, he's looking rather beaten and sour of late. I mean more than usual---look at that face!

This is gold--calling out hypocrites with poor policies seems to be a shared value, so yeah, I think President Trump and Prime Minister Johnson will work well together and a nice deal for both of us.

Mate, I'm independent still, even with a new reality in my life, if I find it harder than others that is the cards I've been dealt, my mobile phone cost 8 quid from Argos, I pay a single GBP£ per week for my minutes and texts lol, being skint is not the end of the world in the UK ffs, still the richest top percent on the planet.
I've been a higher rate tax payer, prob paid more than a quarter of a million in income tax in my working life, but no happier than skint scratching out work like now. Had no electric for a day this week so drank and ate everything in the fridge freezer lol, but do I think Trumps passion and entrepreneur mantra for his nation is the way it should be here? Yes, absolutely.

Dude, the UK makes a fortune selling arms to Saudi ffs, its the real world, they have tea and biscuits off the queen anytime they want.
Everyone is at it, Trump just makes more effort getting the best deal for his own country.
I'd do the same if I was forced to play that international geo political game lol.
edit on 27-7-2019 by Silure because: Spelling autocorrect correction

You certainly don't have the predictions of pestilence, blood skies, plagues of locusts, and famine! 😂
On a side note, this is one of my favourite TrumpTweets:

Reason I canceled my trip to London is that I am not a big fan of the Obama Administration having sold perhaps the best located and finest embassy in London for “peanuts,” only to build a new one in an off location for 1.2 billion dollars. Bad deal. Wanted me to cut ribbon-NO!

He was bang on the money too, that embassy was one of the finest bits of real estate in central London, I know, (I protested outside it against Gulf war 1, didn't think UK should have got involved) and compared to the crappy area/warehouse style design the new embassy is, if I was Trump I would have sacked that visit off for sure!


Sorry I did not respond sooner, I went to have some water and fishing fun. I caught bait with my casting net; but did not catch any fish to eat- we call it getting skunked. Oh well, it was fun anyway.

To add to the Trump phenomenon; When President Trump was elected my 9 year daughter told me that at school she was told that Trump was going to have us all killed. I told her that is not something to be worried about and that our government is set up to have checks and balances and that one man does not have that kind of total control.

Explaining that to a nine year old was ludicrous and odd that she heard that at school.
Crazy days we live in.