"The Squad," especially AOC, as well as many other Democrats, have bitched and complained about the humanitarian crisis at our border for months. Yet, after all the rage and "crocodile tears" displayed on MSM, House Democrats have refused to delay a six week recess, in order to address a bill concerning the funding for the Immigrations and Customs Enforcement agency. 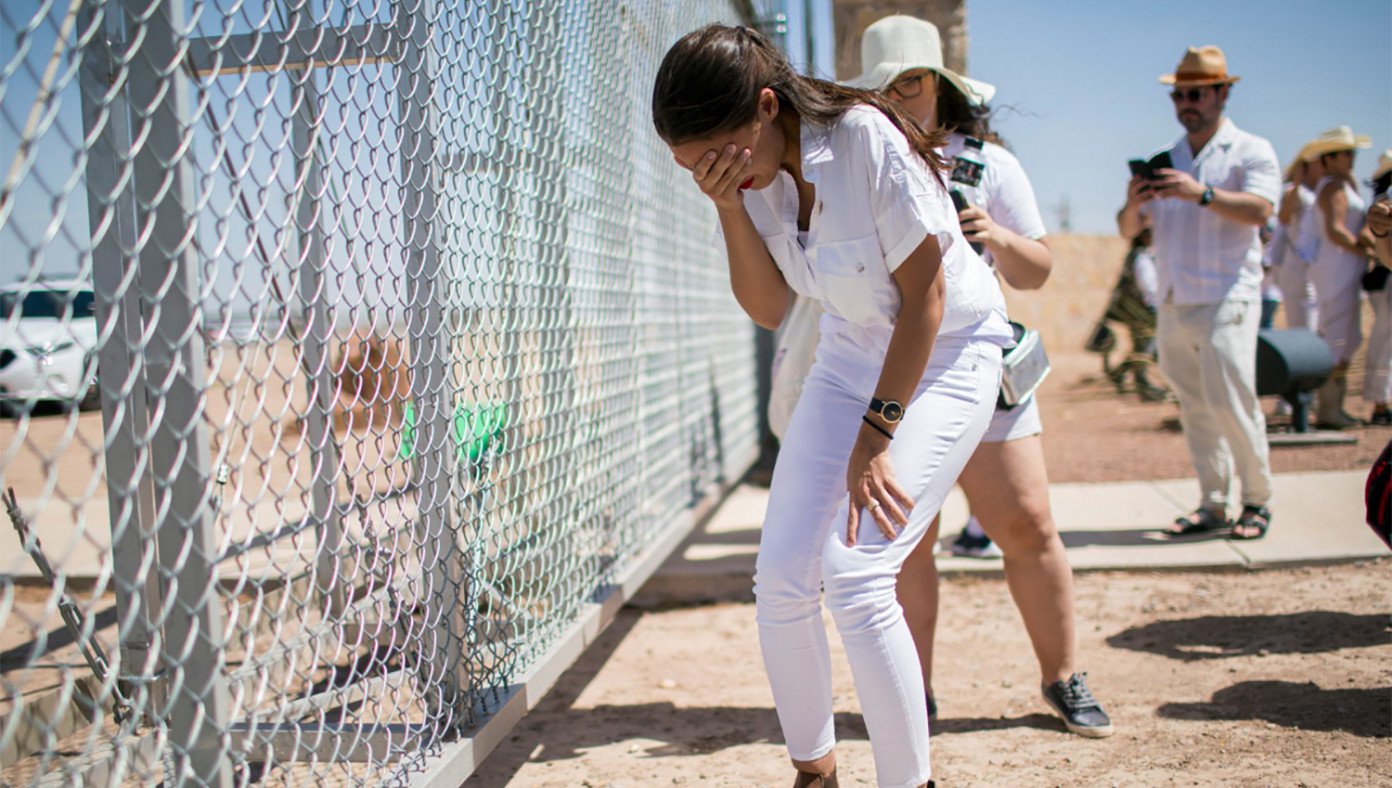 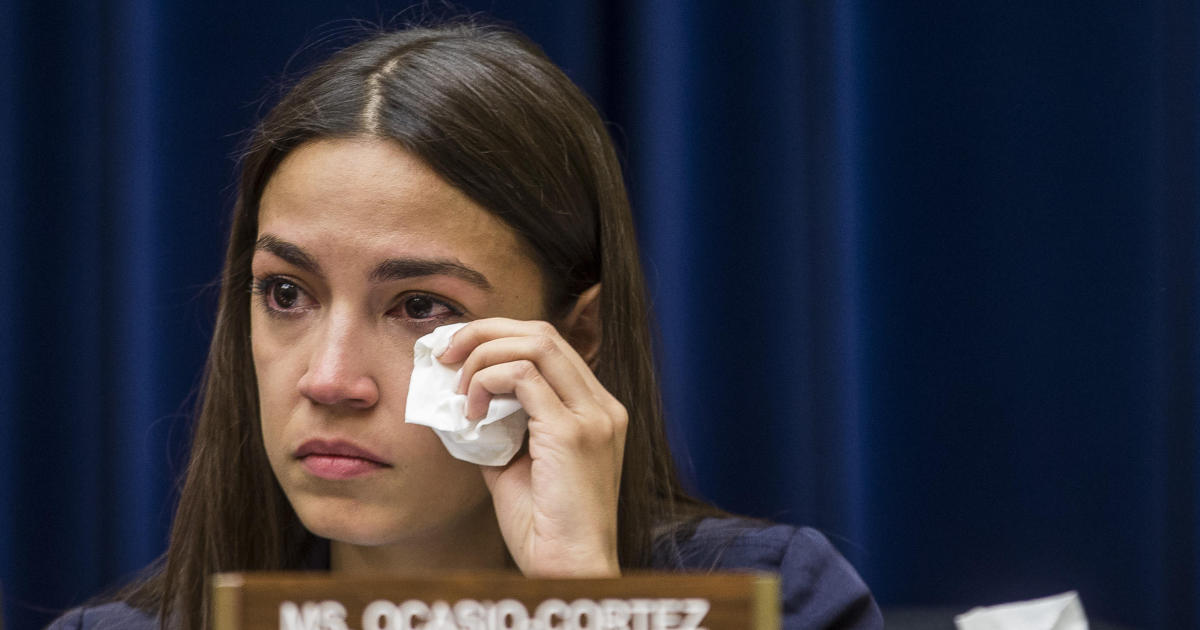 Well, I was taught from an early age that actions speak louder than words, which is apparently something Democrats are oblivious to. Democrats have proven time after time, that all they're concerned about is continuing their witch hunt against President Trump and his administration.

The U.S. Immigration and Customs Enforcement agency warned us long ago, that without increased funding, the humanitarian crisis at our border would get worse, because of the huge influx in migrant crossings. However, Democrats continued to squabble over border funding, claiming it was a "manufactured crisis" and continued to drag their feet, even though there was proof that Customs and Border agencies were being overwhelmed.

Democrats (especially Progressives like AOC) still squawked when the $4.6 billion dollar Senate border bill was finally passed. Remember when Democrats, at the House Judiciary Committee, blasted the Border Patrol over the migration crisis? The Democrats are great at theatrics and bitching when it comes to the border crisis, but they're all talk and no action.

Speaking of no action...despite the ongoing issues facing our border, House Democrats decided to leave town on Friday, to start their six week August recess. They were asked by House Republicans to delay the recess inorder to "debate a bill to fund Immigrations and Customs Enforcement."

A group of House conservatives led by Rep. Chip Roy (R-Texas) is calling on Speaker Nancy Pelosi (D-Calif.) to cancel August recess so that lawmakers can debate a bill to fund Immigrations and Customs Enforcement.

“We are united in our belief that the House of Representatives should not adjourn for August recess before providing adequate funding to our men and women of Immigration and Customs Enforcement (ICE) on the frontlines dealing with the ongoing humanitarian crisis on our southern border,” they wrote.

“Additionally, we must address the largest barriers to regaining operational control of the border," the letter added, citing family detention, "the unintended consequences of the 2008 trafficking law that impedes our ability to expeditiously process unaccompanied children," and "loopholes in our asylum laws” as some of the examples.

“Leaving town for a month to campaign and parade our accomplishments in Congress is an insult to our constituents, the American people, and the migrants suffering at the hands of dangerous cartels who are abusing our immigration laws for profit,” they concluded.

Even though Democrats continually whine about overcrowded detention facilities and a lack of resources for migrants, they care little to correct these issues, especially the overwhelming conditions that our Border Agents face. They'd rather let these conditions fester and then blame Trump's administration, which follows their playbook of obstructing sensible legislation. Instead, the Democrats would rather rush to pass legislation that benefits illegal immigrants, instead of legislation that addresses the needs and safety of law abiding American citizens, our Border Patrol agents and our vets. 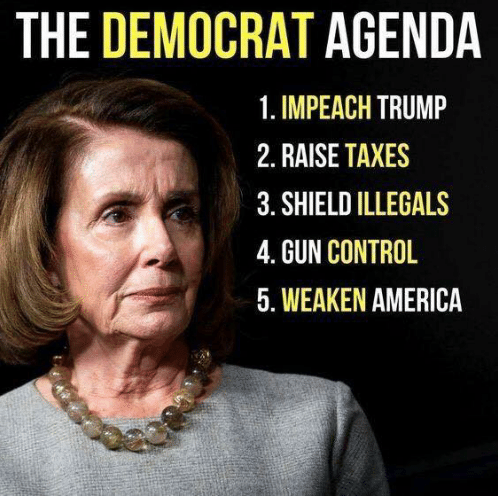 If they solved the crisis what would they use for talking points after that?

posted on Jul, 27 2019 @ 10:43 AM
link
I never realized how much Alexandria looked like Nancy until you posted those 2 pics .
Are they sisters ?
Twin daughters of different mothers ?

Back on topic
And the world turns.

They don't care and just using it as a talking point to further themselves politically. Just like how they threw the DACA kids under the bus.

In fairness, the RINOs do the same thing. They wouldn't pass a bill when they had the chance to repeal Obamacare.

Political leadership on both sides don't care about their constituents.

posted on Jul, 27 2019 @ 10:47 AM
link
They need a crisis, any crisis, to keep the few that still believe in them charged up.
If people are allowed to calm down and stop being outraged there is a good chance common sense will prevail and the Dems tactics will be seen through.

3 years ago I was all for you guys having civil war part 2 but I no longer feel that will be necessary, things seem to be moving in the right direction and even picking up pace.

Their calendar shows Congress only working 147 days @ year, but they're paid for 365 days @ year.

That's crazy, the Dems went home and the 197 Republicans stayed behind to work, in protest?

So this is a bipartisan recess that shows us ALL how much ALL of our representatives care?

Thought I'd fix that for you so it sounds less hateful and more universal.

Does this really surprise anyone?

They have no intention of doing anything to restrict the flow of illegal immigrants, and it has absolutely nothing to do with compassion for them.

Mark my words, if/when they are able to regain control of the Presidency, and congress, they will immediately grant a very short path to citizenship, while simultaneously promising social programs. Basically importing voters, then buying their vote with stuff the existing working class will be taxed to pay for.


the Democrats would rather rush to pass legislation that benefits illegal immigrants, instead of legislation that addresses the needs and safety of law abiding American citizens, our Border Patrol agents and our vets.

Uh, yea, that pretty much sums it up. If you took the time to research the legislation that gave rise to this crisis, you would find its been Democrat Congressional sessions that have passed the laws that facilitate the open borders approach.

No lie. And the reason is pretty simple. As they see it, the US is a nation of immigrants meaning the immigrants are far more important to the Dems than are the current residents. Part of the reason for that is that the immigrants typically dont have any money so they love to lap up the freebies provided by the Democrats. Thus, they in turn for the first 2 or so generatons, become loyal Democrat voters. This has been going on for decades.

But the fact that they are going on recess doesnt matter. They wouldnt pass anything that would fix the problem anyway.

posted on Jul, 27 2019 @ 11:07 AM
link
Amazing how transparent the whole scheme is.
Just amazing.
It makes me sick when I watch people signal they have the moral majority when they do this kind of crap.
And its so transparent. So in your face "SCREW YOU". And then they sit there with a friggin smirk on their face.


Basically importing voters, then buying their vote with stuff the existing working class will be taxed to pay for.

Yup, you are on it. And its only a matter of time before the Dems control Congress and the Whte House. You must see where this ultimately ends..............bankruptcy. A country cant provide freebies endlessly to successive waves of mass migration refugees. Ultimately, the fecal matter will hit the rapidly oscillating wind device and the US wont be able to cover its liabilities.

posted on Jul, 27 2019 @ 11:21 AM
link
This is no surprise, but also not only a Democrat issue. The establish politicians on both sides of the aisle don’t care about fixing issues, they run on issues to get elected. After they get elected they work together to pass things that benefit themselves, while never getting anything done for the citizens that pay their hefty salaries. The only thing that’s been beneficial for myself in my lifetime at 36 years old was the tax cut because it put more money in my pocket.

The republicans had a chance to fix the immigration issue back when Trump first took office while they held the house, senate, and presidency, but we all seen how that turned out. Granted we had numerous Rinos in the Republican Party. I’m yet to gain any faith with either party until I see results. In the current environment I’d vote Republican mostly, but that’s due to the Anti-American stance the Democrats hold right now. Trump seems to be the only one that wants to pass things that help average Americans, but has to work with these sold out politicians so it’s going to continue being an uphill battle for average joes like myself.

originally posted by: underpass61
a reply to: shawmanfromny

They will try, but I really believe more and more ppl are wising up every day. There are a certain amount who's hatred of Trump, and America really, who will never be swayed, but most Americans who are not extremists, or socialists have watched the rhetoric get to the point of being ludicrous over the past past two+ years, can see the reality.

I really have a hard time believing that the four squadbillies, or any of the dim presidential candidates, who are setting their party's agenda, actually have the support of a majority of the general public. Biden might be the exception, but he's so worn out, I don't see him as a viable option for many either.

Bingo and don't forget that there's also strong evidence that the Democrats colluded with others to fabricate the entire Russian collusion scenario, in an effort to destroy Trump and his administration...which continues to this day.

While I agree with you, that there are corrupt, lazy politicians on both sides of the aisle, it seems that the Republicans are the ones who are most concerned about the immigration crisis and how it impacts American society. They're putting the needs and safety of American citizens first, instead of catering to illegals who are in our country already and those who illegally cross our borders.

Where I sit, the Democrats are more interested in engaging in deception and political theater, in order to increase their base and regain complete control of our government. On top of that, they have MSM and social media helping them promote this deception,while they attempt to censor and distort Conservative comments and talking points.


originally posted by: underpass61
a reply to: shawmanfromny


I really have a hard time believing that the four squadbillies, or any of the dim presidential candidates, who are setting their party's agenda, actually have the support of a majority of the general public. Biden might be the exception, but he's so worn out, I don't see him as a viable option for many either.

Biden's family has serious issues with international corruption. The Liberal MSM is keeping it buried, like they did for the Clinton family.

They need six weeks of deep thought and quiet reflection so they can accurately and fully express how much they really care.