posted on Jul, 26 2019 @ 04:35 AM
link
Short recap with links to the preliminary investigation protocol by the Swedish Police. There are some interesting things to be found there for those who want to translate.

Swedish police preliminary investigation:
www.docdroid.net...
It's 552 pages, complete with images, timestamps and so on.

"A film shows how Mayers, Rispers, Corniel, Williams and Hercules stand on Olofsgatan together with the plaintiffs Jafari and Hoseini and talk. This movie sequence is the same as the first clip in the video published by TMZ. A movie shows how Mayers with entourage as well as plaintiff stands in the Olofsgatan / Apelbergsgatan intersection and then disappears up Apelbergsgatan in the direction of Sveavägen. It is the same movie that is the last clip in the video that is published on TMZ. A movie shows how Mayers throws Jafari to the ground and how he, along with Rispers and Corniel, hits and kicks Jafari as he lies down. This movie has much better resolution than the video published by TMZ. In this video, you can see that plaintiff Jafari has no visible injuries to his arms when thrown into the ground by Mayers or during the first few seconds of the abuse. (See image attachment damage not occurred). You also see, when the video switches from Khadra filming himself to filming ahead, how Corniel makes some kind of outcome against Jafari who stands on the other side of Mayers. In connection with this outcome, glass crusher is also heard. At the end of this movie you can possibly see what something looks like from Rispers right hand when he charges a blow against Jafari. It is not possible to determine whether or what appears to be sticking up. Rispers looks to beat Jafari a little from below as Williams tries to keep Rispers away. It also looks like he meets Jafari with the medial side of his back (at the thumb / forefinger at the clasped hand). All style images from this movie are added as an image attachment. "

The last film does not come from Khadra's own phone but is sent to her from the contact "Tääzytäz". That movie shows how plaintiff Jafari lies down on the ground almost in the middle of Apelbergsgatan, at the same level as where he is on the second film where you see the abuse. The other plaintiff Hoseini stands over Jafari and looks to try to help him and you see Mayers, Rispers, Corniel, Williams and Hercules walking quietly away
[This is an automated translation] 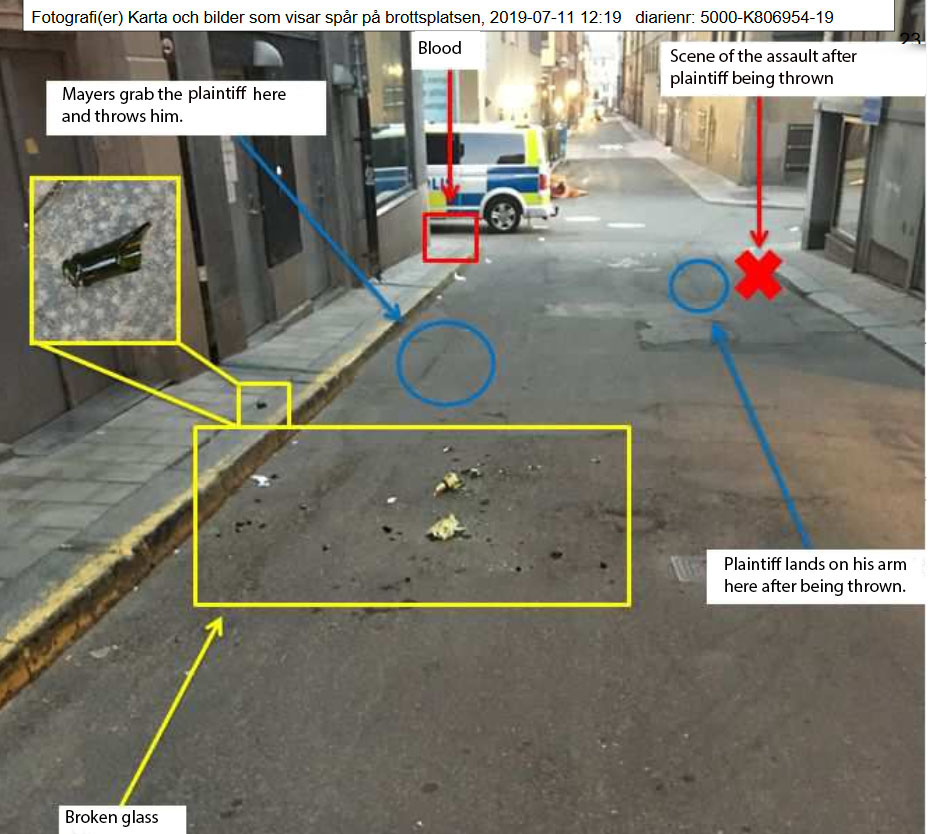 Something is sticking out of Rispers right hand. 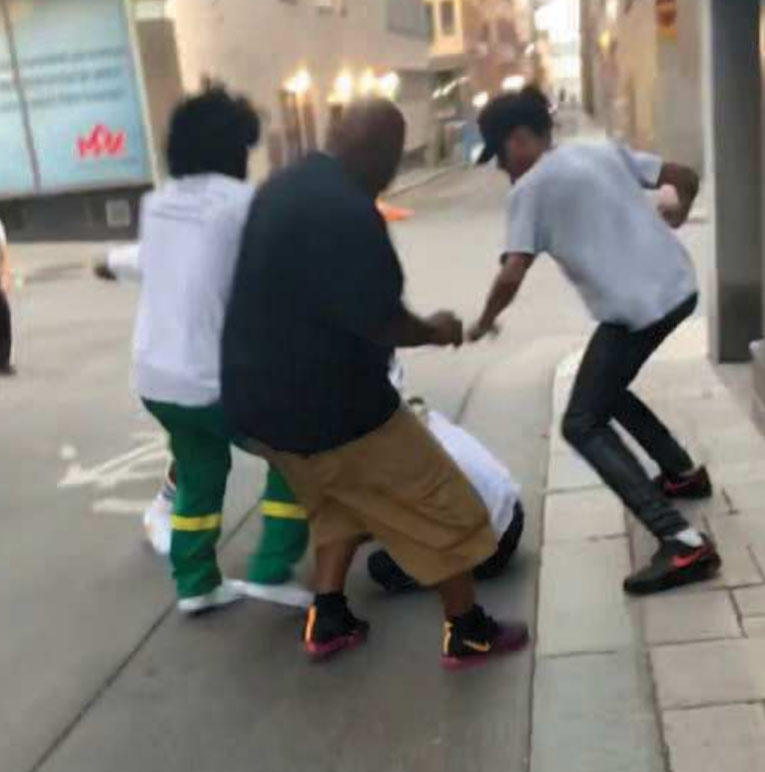 iMessage conversation betweeen Abigail Hercules and Tee (bodyguard).
"Tee writes in the conversation that it was a good idea to get video on which Hercules replies that it goes live on the internet right now. Hercules writes that everyone should post the video. Tee asks if it's Hercules video and she replies that it is "Cleaned up a bit" and that is the video of the fight she filmed. Tee asks if it's John who decided it but Hercules replies that she thinks it's mostly Rocky." [This is an automated translation]

Pictures of the victims injuries. 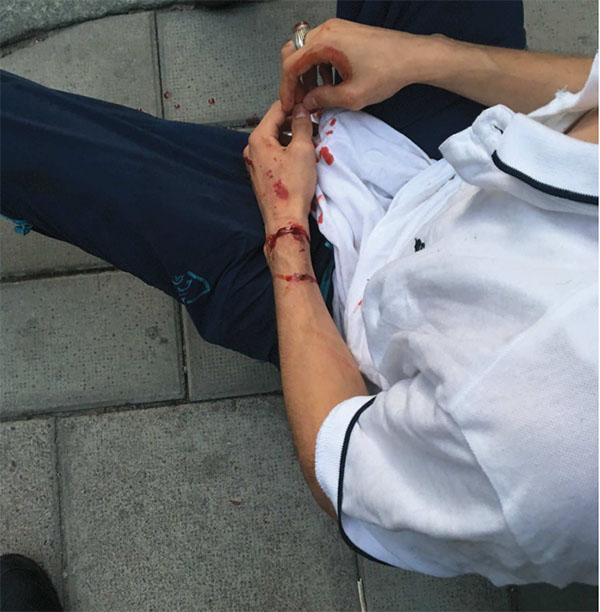 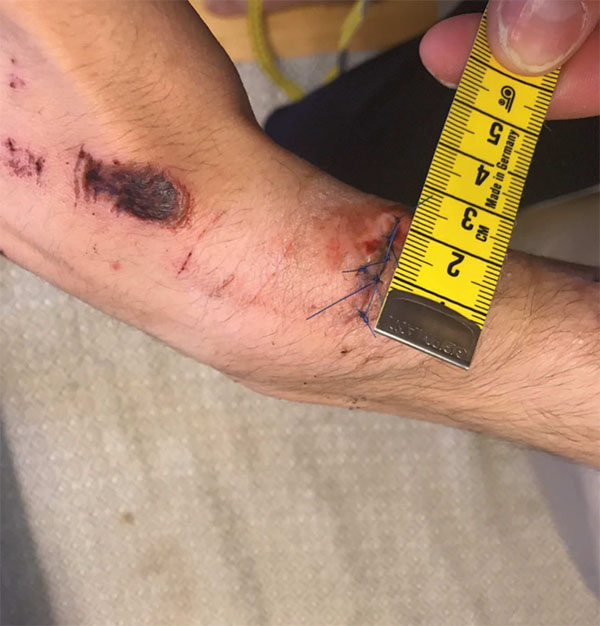 posted on Jul, 26 2019 @ 06:53 AM
link
I will continue to defend ASAP and his crew. It has nothing to do with politics. Those dudes followed them after multiple warnings and pleas to be left alone.

originally posted by: seaswine
I will continue to defend ASAP and his crew. It has nothing to do with politics. Those dudes followed them after multiple warnings and pleas to be left alone.

I agree. That little twerp deserved to get stomped out. They gave him multiple warnings and showed quite a bit of restraint. When you keep messing with a dog, at some point you can't complain when you get bit.