Look at what you actually just said, and then all your stars for that post.


Look at what you actually just said, and then all your stars for that post.


These are the arguments the OP was making, but that doesn't make them valid. Complaining about losing arguments does not validate the argument of anybody. Normally that would be a call to do better, but no. To you, it's just validation. How expected.
edit on 25 7 19 by projectvxn because: (no reason given)

posted on Jul, 25 2019 @ 02:45 PM
link
Let's be honest, this notion of ATS being some hyper right-wing echo chamber is only ever believed by the truly naive.

originally posted by: Middleoftheroad
Here is the thread I was referring to.

Just look through the posters and see who have switched sides or changed their opinions. It may be a bit surprising.

Nice! This post stood out to me... 3 and a half years later and the country, being ran as a business, is in its best shape in a very long time... 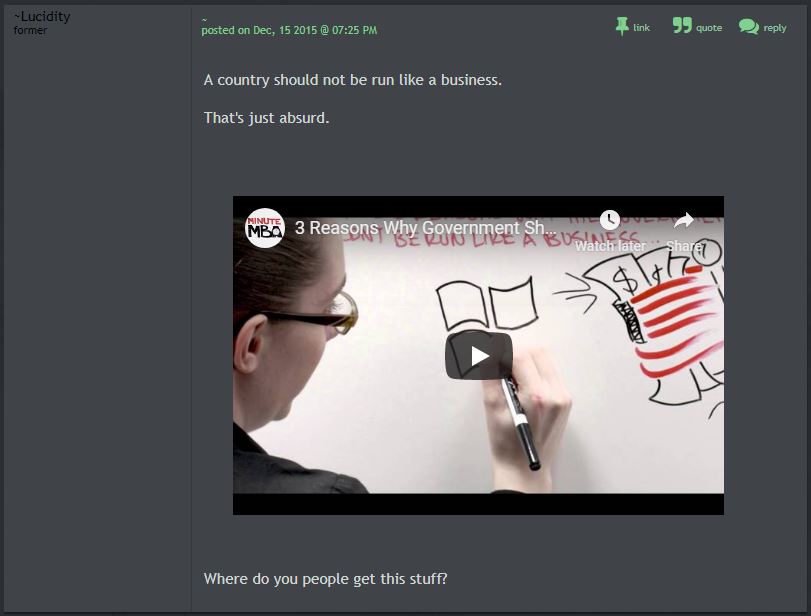 posted on Jul, 25 2019 @ 02:50 PM
link
Right-leaning? It wasn't to long ago that I remember socialist Bernie Sanders being the darling boy here. And before that it was Ron Paul. You gotta play with the cards you are dealt.
edit on 7/25/2019 by schuyler because: (no reason given)

Political debate on ATS has reached a point where it doesn’t matter what anyone says so long as it hits the right political buttons it gets pats on the back all round in what amounts to a circle jerk of political opinion.

originally posted by: schuyler
Right-leaning? It wasn't to long ago that I remember socialist Bernie Sanders being the darling boy here. And before that it was Ron Paul. You gotta play with the cards you are dealt.

Oh and don't forget when the folks of ATS got weak in the knees and a tingle up their spine over their Lord and Savior Obama.

That's what I'm saying... The left has gone so far to the left that those in the middle and slight left (not the AOC radical type) now share views with the right, or are seen as right wingers. I don't even think there's a right and left right now. There are Trump supporters and anti-Trumpers. Both have Repubs and dems in them.


Actually nobody is getting their asses kicked, quite often what I see on is a small handful of us left who still challenge the views of the right being shouted down with childish calls of "you have TDS" 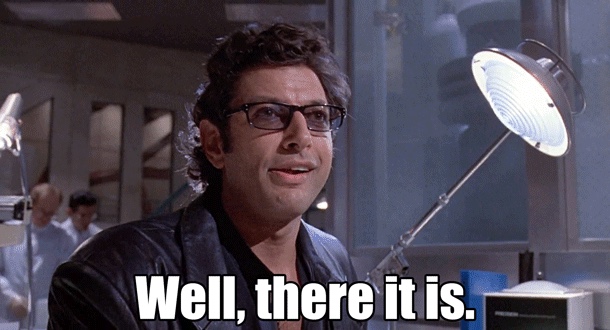 Always the victim are you not? Do you ever stop and think that if people are calling the left out and many people agree with them, that maybe, just possibly, what some of the left is saying is nonsense? I see it all the time here and for some reason the most bat-snip crazy drivel seems to come from the left more than the right.

I consider myself very liberal with conservative morals, I'm very open to new and progressive ideas, but the lack of anything resembling basic common sense coming from many of the left leaning members makes me just shake my head as to how anybody or group can be so obtuse and ignorant to reality in the real world.

For what it's worth I also see more lefty members/trolls hurling insults that lack no validity or constructive dialogue, than I do members on the right. My perspective is that the right tends to be more on the defensive side of the argument/debate while left arguments tend to be more offensive. YMMV

Dude honestly, nice post, interesting to hear it from the other side.

And me calling him daddy-Trump or saying he has a face like a used tampon after a fake tan isn't meant as an insult to trump supporters but just daddy trump....its probably just my British sense of humour.


Damn bro... What kind of girls are you dating that have used tampons that look like fake tans?

I don't have a clue where that came from.

It came from you saying Trump looks like a used tampon with his fake tan.

Running out of names to call Trump... Not exactly something to brag about. You're not alone either, that's why people say you have TDS.

I think you're a little hung up on stars and flags and whether opinions are left, right, conservative, liberal, etc.

I don't care if my opinions are popular. They are mine and I have my reasons for having them.

I believe the US Constitution is a very good framework for a government. It may not be perfect, but if properly applied I can't think of a system I would rather live under. It calls for limiting the role and power of federal, state, and local governments. It calls for treating everyone equally. I think the biggest problem we have in this country is when government tries to overstep its boundaries and gives some people more rights and privileges under the law. Whether that's a "left" or "right" opinion seems to vary from situation to situation.

When it comes to Trump, well, I don't think he's the sort of guy I'd want to go out and have a beer with. But when it comes to doing his job as President, I have to give him a thumbs up for the most part. He has taken his experience as a businessman and treated the country as a business he wanted to grow. He has nixed obviously detrimental deals like the Paris Accords and the Trans Pacific Partnership. He used a ham-fisted approach to negotiating trade deals more beneficial to the US. He has so far refrained from wasting US resources in more pointless military action in Syria, Venezuela, Iran, and North Korea. The market is up, unemployment is down, and the economy is humming along smoothly. To paraphrase a local lawyer's ad, he may be an SOB, but he's our SOB. I didn't vote for him in 2016, but I'd vote for him in 2020 regardless of whether he ran as a Democrat or Republican. Assuming, of course, nobody better came along.

I guess what I'm trying to say is don't get so caught up in left, right, liberal, conservative, or any other labels. You want to state your opinion and your reasons behind it, go for it. You will be called racist, anti-Semitic, libtard, misogynist, nazi, communist, socialist, every name in the book and a few you never heard of. But you know name calling is just an attempt to shut down the conversation. Don't let it. Eventually, the name callers will either have to discuss the matter using facts and logic, or they will just have to move along and hope their insults work better the next time the issue comes up.

I see you are still in your pattern of making a thread calling for civility, then making one name calling those you disagree with.

Wasnt all of your opinions here hashed out on this thread?

You know, where you admit to just being a troll that is no longer interested in honest debate?

I post plenty of material where i engage with people I disagree with without name calling; so do many other left a right leaning people.

You are more interested in name calling, then complaining when people respond to you in kind.

Why dont you stop making these threads and stop name calling and being childish, and maybe you'll find those your interacting with will treat you in a better manner leading to more productive conversations.

posted on Jul, 25 2019 @ 03:13 PM
link
There are still some reasonable middle-of-the-road comments made here occasionally. They just don't get a lot of traction, because the extremists don't know how to respond to them since they don't get to call people names.

Name-calling has definitely replaced a lot of debate here.

My question from page one of your previous thread where you were name calling trump supporters.

How long will it be before you post another thread saying everyone needs to be polite and you are a good person who doesn’t like how ats treats non trump supporter?

I guess the answer was a little over 40 days

Lmao! I checked your link and found this:

OP does seem like the pot calling the kettle black for sure 😂😂😂
Edit, sorry, just noticed you quoted it yourself, I wouldn't have posted if I'd read further after the post of yours which I replied to.
Thanks though, made me laugh, what a hypocrite lol
edit on 25-7-2019 by Silure because: See edit

He thinks people haven't figured this out yet.

I've been around here about 13 yrs and I would feel comfortable in saying that ATS is fairly representative of society in general. A large portion of the members here are intellectually sound, have varied interest and part of the voting populace.

Oh no problem posting it at all.

More of us should point out hypocrites who want to insult others and the pout when they get insulted in return.

Here is another goodie from that thread

Hey if you want to be a troll, more power to you

My initial point in this thread is remember, when you change your mind again like before and start writing threads about how trump supporters should stop making insults and how we need to all stop insulting each other

So hypocritical, so predictable
edit on 25-7-2019 by Grambler because: (no reason given)