What if ... we were truly alone in the universe?

posted on Jul, 24 2019 @ 10:25 AM
link
Even though I believe there must be lots of basic life across the universe, I've often thought about this type of scenario.
Also, there has to be a first sentient/intelligent life form that appears before others, what if we are that first sentient life, which is why we haven't been "officially" contacted yet.
Maybe we will be the "aliens" who visit/abduct other intelligent life on other planets in a few hundred thousand years. Flying our ships willy-nilly in their skies?

Think of the possibilities for really winding them up!

posted on Jul, 24 2019 @ 10:36 AM
link
I personally think that it is mind bogglingly unlikely that we are not alone just because of the huge number of stars and galaxies out there but at the moment we just don't know for sure.

No harm in speculating, even at the risk of upsetting the faithful believers?


The last thing it needs is us going to new worlds and freedoming up their oil when we get there.

But but what about all those frequent flyer points you'll be missing. Sheesh imagine if you yanks didnt have the luxury of the petrodollar subsidizing ya...

Of course not. Logic can be flawed as well. Carry on...thanks!


And just what evidence is there of life elsewhere in the universe? I guess I missed the news when that was discovered.

As of right now, that's the way it is. We know of no other life anywhere in the universe except that which either originated on or is still on Earth. (I grant that as careful as we were, there are some of our microbes probably alive on Mars right now, but they're not native.)

I suppose that it's not much different than any of us individually being alive, all alone in our own point of view. Everything we think, do and say is only important in the present, and once we die all of our actions will eventually be forgotten. Most of the things we think are never recorded anyway. So all of that is ghosts. Anybody who knows us will also eventually die, so anything they saw us do will also be gone. Even the statues of greatest kings and mighiest emperors, people who changed the course of human history, will eventually crumble to dust and all of their great deeds will be forgotten.

All we can do is pass the time until we cease to exist. We can do it the hard way, by being mean to each other, or we can be kind to each other, and understanding, making it a little easier, even though it won't mean anything one way or another in the end.

We all have to live in the now. And hypothetical aliens that we'll never discover or interact with are essentially the same as non-existent. So unless we discover other life out there soon, we are for all intents and purposes alone.

originally posted by: PsychoEmperor
I suspect we would never believe it and would keep searching forever.


Yeah, nobody including science can prove a negative. So we'll keep looking. It's a pleasant enough way to pass the time until our inevitable demise. Fantasy is so often more satisfying than real life.

originally posted by: gortex
Probability says we are not alone in this Galaxy yet alone the Universe with its billions of galaxies.


Until we discover how we got here in the first place, we have absolutely no idea how possible it is to repeat. If you have a billion boxes and discover a marble in one of them, without knowing how it got there, it's impossible to determine the odds of their being any more marbles in any of the boxes, whether there are a billion or a billion billion. All you can say is that there is the one.
edit on 24-7-2019 by Blue Shift because: (no reason given)

posted on Jul, 24 2019 @ 03:43 PM
link
We are a bacterial colony on a fecal speck of some giant space dogs early morning fart cloud. Why are you even worrying about it? You are nothing, nothing but you cares about you. The foul disgusting space alien who shat out our solar system will never acknowledge any of us nor will the bacteria you evolved from and are devoured by at death.

That the universe was utterly and totally devoid of any life other life, even at the microbial level. Absolutely nothing. The entire universe was just barren rocks orbiting balls of burning gas. It never had life and could never have life. We could terraform worlds and bring life to them to expand ourselves throughout the universe, but we'd never meet anything that we didn't bring with us or create ourselves.

Oh, and there are no other universes or dimensions.

All UFOs were just hoaxes or misidentifications, anything that looked like it might be life was a mistake. the whole nine yards

How would this effect us as a society. Would it make us feel special and unique, or would he sheer emptyness of the universe cause us lose hope.

How would this effect science and religion?

Would we ever believe that the universe was empty, or would we go on looking forever even after science proved once and for all we were all that the could ever be? 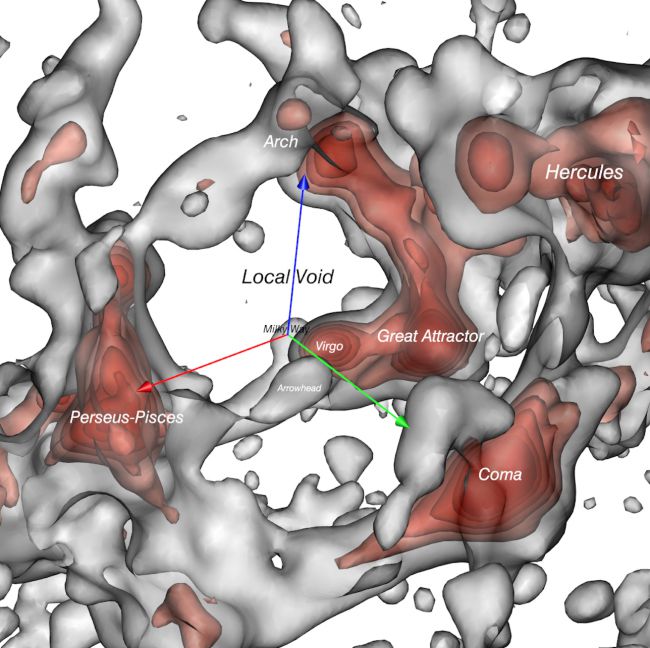 What would be the point of a lifeless universe?

originally posted by: AnakinWayneII
You don't know how large the cosmos is, do you?

To say it is vast is a gigantic understatement.

Your question is typical of individuals who view the "universe" through the lense of anthropocentric mindsets.

If you actually had knowledge of the cosmos, astronomy and cosmology etc, you would know that it is very, very unlikely human beings are the only sentient intelligent life (and/or that planet Earth is the only "habitable" body to exist).

EDIT: But your question is hypothetical anyway and "FTL" travel is highly, highly unlikely...


I think that it is pretty clear how the idea of us being alone in the universe effects you.

You find the orthodoxy of absolutism to be terrifying because it places limits and restriction on you.

You have a desire to move toward and to break boundaries, and when faced with an orthodoxy such as this you feel compelled to deny it. Which is why you cannot accept this question as a purely hypothetically though exercise of even as an exercise in creative writing.

You can't make a constructive contribution, and you can't remain silent either.

I bet you're a blast at parties.

Maybe there isn't one. It just happened because of gravity and motion and there is no higher reason to it.

Or maybe it was created for us. Endless resources endless space for us to expand into. An entire universe made entirely for us because we are unique and special.

Would there be a difference between thinking that we were alone and knowing for 100% certain that we are all that there is.

There's evidence, and there's belief. People believe that there might be life, but what if they knew for certain that there wasn't?