Impact of Simonian beliefs on Christianity

posted on Jul, 23 2019 @ 10:35 PM
link
Simon Magus (Simon the Magician) was a religious figure from the first century. He was originally trained as a disciple by John the Baptist but departed the group to learn the magical arts in Egypt. After the death of John the Baptist, Simon Magus returned from Egypt, took leadership of the group of thirty, and married one of his disciples called Helena.

According to Philosophumena of Hippolytus, Simon Magus preached that the world was rooted in the six powers of Mind, Voice, Reason, Reflection, Name, and Thought. That nothing in itself was good or bad by nature. It was not good works that made men blessed in the next world but the grace bestowed on them by their Father Simon Magus and their mother, Helena. This teaching likely stems from Egypt. A derivation of the six powers of the Egyptian Sun God, Ra. In a sense, their teachings shift worship from the spiritual to our materialistic view. 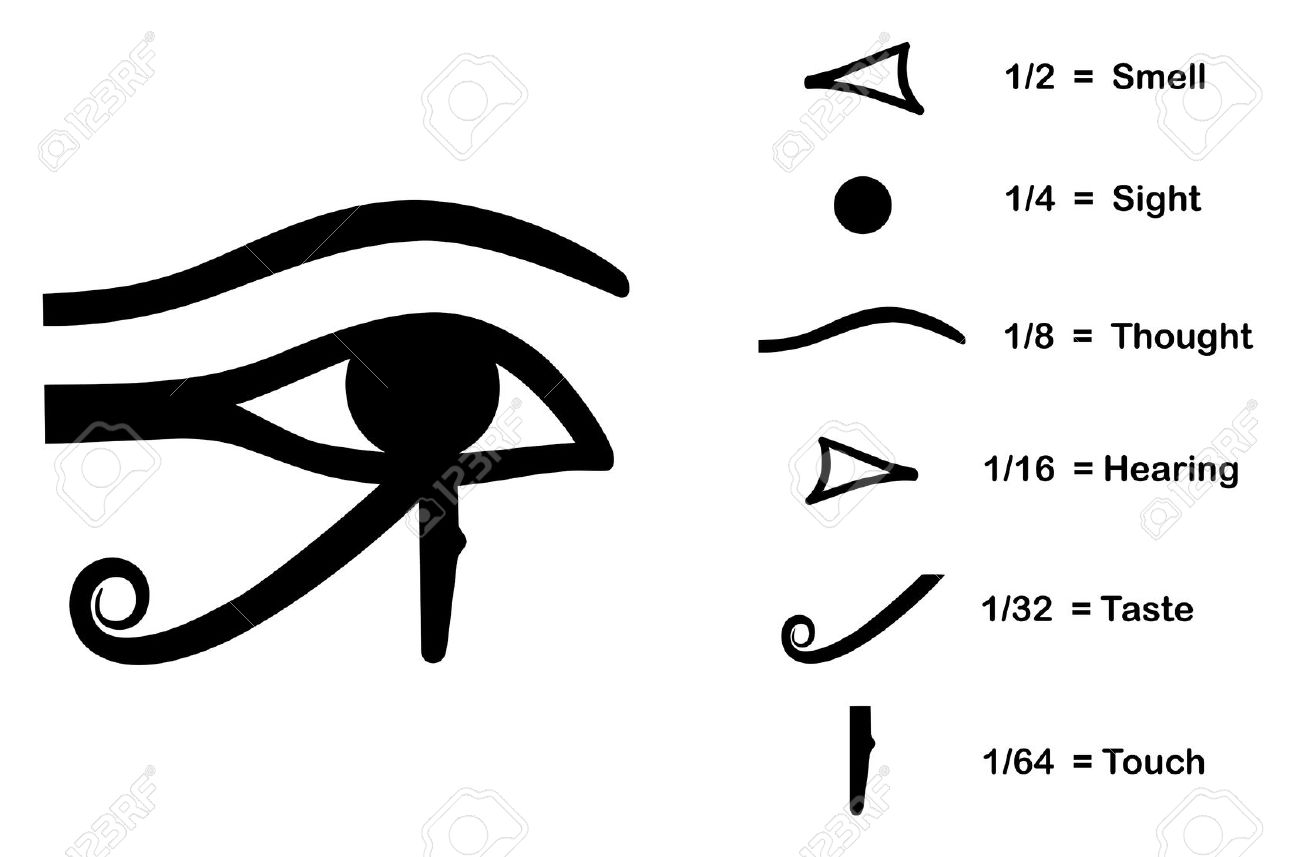 The Simonian impact on Christianity cannot be denied. Justin Martyr (152 A.D.) wrote the sect of the Simonians appears to have been formidable, for he speaks four times of their founder, Simon; and we need not doubt that he identified him with the Simon of the Acts. He states that he was a Samaritan, adding that his birthplace was a village called Gitta; he describes him as a formidable magician, and tells that he came to ROME in the days of Claudius Caesar (45 A.D.) [actually, 42 A.D.], and made such an impression by his magical powers, THAT HE WAS HONORED AS A GOD, a statue being erected to him on the Tiber, between the two bridges, bearing the inscription ‘Simoni deo Sancto’ (i.e., the holy god Simon)" (Dictionary of Christian Biography, Vol. 4, p. 682).

Irenaeus (130 AD) describes Simon as the founder of a heretical Christian sect. According to Irenaeus (Against Heresies I.23.3) "Now this Simon of Samaria, from whom all sorts of heresies derive their origin, formed his sect out of the following materials: … men are saved through grace, and not on account of their own righteous works. For such deeds are not righteous in the nature of things, but by mere accident, just as those angels who made the world, have thought fit to constitute them, seeking, by means of such precepts, to bring men into bondage. On this account, he pledged himself that the world should be dissolved, and that those who are his should be freed from the rule of them who made the world"

Irenaeus complaint against Simon could also have been echoed against Galatians 2,15...

Its very possible that the early church integrated both teachings in the hope of increasing patronage. But in doing so created a hybrid religion that is neither one or the other. It really needs be asked if a church that adorns itself in Egyptian paraphernalia (St. Peter's Basilica Obelisk and sun dial etc) are preaching the teachings of Jesus or that of Simon Magus, Sun God, RA. A teaching that allows the lawless to achieve heaven by doing nothing but believing its so.

Unfortunately all religions are effected by dogma over time. We have to rise above it and seek spirituality with our heart.

It's hard to disseminate after thousands of years which religions have absorbed and influenced eachother and we will never know for sure, doesn't mean we should stop looking though.

I remember reading a few years ago about a particular Druidic sect who began to worship a White Christ in pre-Christian European times and how that was adapted to dominate Europe through Christianity- damned if I've been able to find any more in depth information on it though.

The truth is not out there. It's IN there. In each of us, we just need to shutup and listen, close our eyes and look.

Simon the Magician came to one of the apostles to be baptized, and attempted to buy power they had from God. He was turned down. They said it wasn't theirs, but Gods.It is my understanding he went to Rome and started the Catholic church on his own. That's why it has virgin worship ,works and strange teachings imbedded into it, That's why it is completely contrary to what Paul taught.

Go do some research and get back to us

I enjoyed reading your thread.

Simon Magnus preached in Rome he was "The Christ" and convinced enough to start a sect however Peter confronted Simon while in Rome. It is said that Simon Magnus flew in the air (not levitation) and while doing so was rebuked by Peter and Simon Magnus power to fly stopped immediately and he fell to his death.

Read the book of Jasper it tells the story. Jasper is mentioned in the bible. I am not talking about the jewel Jasper but the man named Jasper.

posted on Jul, 24 2019 @ 01:04 AM
link
Thanks for showing me something new. I enjoy looking into different religions and it always amazes me how little the average person knows. Even the extremely devoted.
If you asked 10 people on the street which religion(s) the Old Testament belongs to, 9 will say Christianity.

I have never seen the Eye of Horus broke down like that. Where did you see that?

If you say "Old Testament", then yes, most "people on street" (I assume you mean ignorant Christians) would associate it with Christianity.

And rightly so, because you can't have an old one without a new one.

totally with you on that, But I love the historical side of Christianity. Its like a puzzle with missing peaces.

36 “Teacher, which is the greatest commandment in the Law?”

Can you do this ? The second one is the most difficult. It's been said we are saved by Grace, not works.

Thank you. I have read similar story from other sources. But in other sources it said he fell to the ground and broke his leg in three places.

Your comment reminded me of a news article I read a while back. It was the earliest christian artifact ever found, a bowl with the inscription "Christ the magician" here. Which supports the notion that the impact by simon magus on Christianity was profound.

I cannot remember where I first saw it. But think the egyptians were associating the senses to certain chakra's to empower kundilini energy.

Have you heard of the famous rabbi, Hillel the Elder. It's said a man approached Hillel, asking him to provide a summary of the Torah while standing on one foot. Hillel said: "What is hateful to you, do not do to your fellow: this is the whole Law; the rest is the explanation; go and learn." Hillel died 10AD. So Jesus and Hillel would agree on that point.

Can I do this ? No, it's something I am still striving to attain.

Being saved by Grace is a Simonian belief.

Matthew 7:21–23 say that only those who do the will of the Father will enter the kingdom of heaven? "Who do" does sound like works to me.

But it's you that needs to determine your own truth.

Hope more than one point

I think what is written in the bible is not history but, metaphors, and parables.

turning water in to wine would be considered magic?

So he had a foundation, one leg with which he could access the magic.
No wonder he fell and broke. Afterall he only had one leg, not much stability there.
It would only take one that had Access to the other leg to bring him down. And even brake the 3 fundamentals so he would never be able to access the realms again.

It sort or reminds me of Daedalus and Icarus.

We all can fly(metaphorically speaking). Ascend or descend depending on the leg we first use when we wake up and get out of our bed. We can move in between, get in-between the spiritual world and the material world. Where the magic happens


only when the two legs both have balance within them you can walk.
But only if we find harmony we will be able to fly.

Don't get me going about dancing, and painting it still seems along way!

In the Christian faith salvation is a free gift although there is a action associated to that salvation. Jesus said depart from me speaking of the goats, thoses goats were not sent to hell but to otter darkness which is not hell. Salvation is free but rewards are earned.