posted on Jul, 23 2019 @ 12:54 PM
link
A new YouTube video of a daytime UFO over San Diego two days ago. I came across this by accident and it doesn't seem like the usual junk.

After seeing what resembled a small white object in the far distance with the naked eye, the witness grabbed his camera-phone and used a telescopic lens to zoom into what he describes as a transparent "saucer"-shaped object. To my eyes, I think it looks triangular with a distinct pattern of lights. The audio indicates no sounds of aircraft. In fact, praise be to Sweet Jesus that there is no crass rock/pop music at all plastered over the video.

Unfortunately, there are also no landmarks in shot to provide a context for the general location of the object in the sky, and it's impossible to judge the speed. Rather than leave it at that, I did some digging by directly messaging the uploader - a certain "Witness Yalaniv" - a seemingly pleasant unassuming fellow who, despite his user-name, has not apparently posted a UFO video before (perhaps he changed his user-name because of this video?) English does not seem his first language, but he expresses himself reasonably well, and is considering posting an addendum after I suggested he film the area in which he was standing to indicate the object's general position:

This is all the footage I took since there was nothing else to capture and I had pretty clear images of the object and to me it was unobjectionable to any viewer I even show it to a girl next to me there at the moment and she couldn't tell what it was.

'Secureteam' (I know I know) immediately contacted him about the same time I did, so I expect they will be presenting this in some form on their highly controversial site. But forget them, what do YOU think...? There is a lot of focus-shudder but when IN focus, it's quite an interesting sight, almost plasma-like. But what is it REALLY?

A moth just hanging out — looked stationary — during the day? That’s a new one for me in the taxonomy of moths.

@OP: I’ll give you “plasma-like” as I haven’t a clue and appreciate the thread. I’m sure someone will come along with something beyond moth or the similar.


But what is it REALLY?


A plastic bag carried aloft by a thermal then abandoned?


Summer is a good time for thermals. 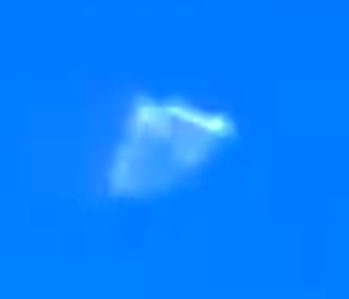 originally posted by: KansasGirl
A moth coming in and out of focus, or something similar.

After seeing what resembled a small white object in the far distance with the naked eye, the witness grabbed his camera-phone and used a telescopic lens to zoom into what he describes as a transparent "saucer"-shaped object

posted on Jul, 23 2019 @ 02:30 PM
link
It looks like one of our new aircraft with its active camo (invisibility tech) malfunctioning...
based on nothing but hearsay and best guesses.

originally posted by: Baddogma
It looks like one of our new aircraft with its active camo (invisibility tech) malfunctioning... based on nothing but hearsay and best guesses.

That's not a bad guess. We know cloaking technology is functional, albeit imperfect. We're pretty sure the triangle UFOs are our own technology (not space aliens.) The explanation fits. Of course, there is no background so we cannot tell distance or size, so without better information this will remain an unknown.

Phones are not going to have much in the way of optical zoom. 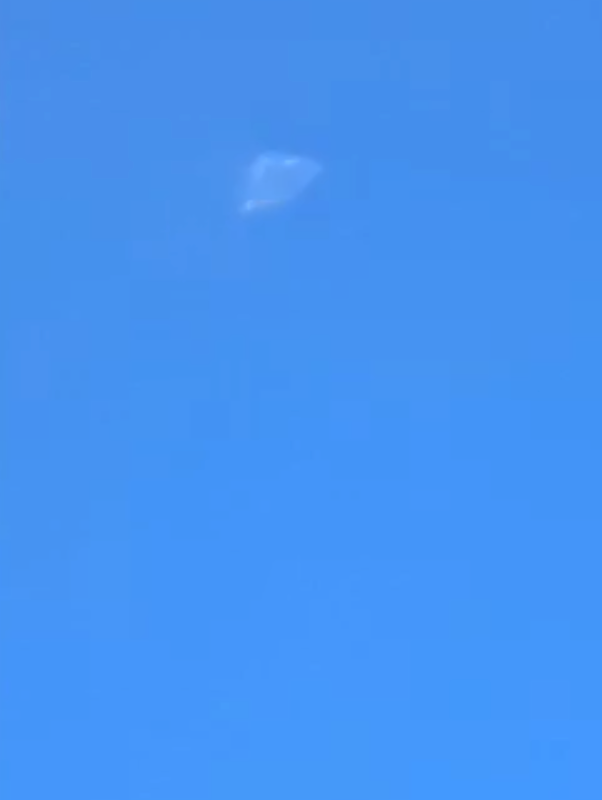 That's a tent, not a plastic bag

posted on Jul, 23 2019 @ 03:23 PM
link
He needs to seriously lay off the cccccaaaaffffffeeeeiiiiinnnnn.

Been wondering where you’ve been.
Haven’t seen you chime in, in a while.
Good to have you back!

And I agree, balloon or bag caught in the wind.

originally posted by: Phage
Summer is a good time for thermals.

originally posted by: CynConcepts
a reply to: ConfusedBrit

I'm not one to post "Hey! Look at this!" videos, but it seemed unusual enough, and certainly not CGI or hoaxed. Unfortunately, being a complete rookie, the photographer failed to zoom out and give us a sense of perspective, but he did tell me he was keen to post a further video of the area where he was standing. Also, he did say it was moving quite fast, which rules out clouds.

Secureteam contacted him after I did, which almost guarantees an aura of immediate distrust when it appears on their site, but at least we get the first chance to label it a "plastic bag".

However, having recently immersed myself in the Piedmont and Yakima cases which attracted sustained scientific investigations into plasma-style UFOs which are still seen regularly, this seemed to strike a chord as a potential daytime sighting of such a phenomenon.

In that case, 120,000 pitchfork-wielding nerds need to divert their route to San Diego immediately.

I'll keep this video to one side, though, for future reference - just in case. I can't buy the 'bag' theory just yet, even though that was admittedly my first thought, too. The 'lights' and their positioning in some shots still bug me - they seem fairly elaborate for mere reflections of sunlight, but my imagination may be working overtime.

PS: And as Blue Shift wisely mentioned, if this was indeed anywhere near Comic-Con, all the more fanciful theories may need to be re-evaluated!

posted on Jul, 29 2019 @ 08:12 PM
link
It seems this chap has UFO in his blood now, having posted a video of a second sighting a few days later that shows one object out of what he claims were an original total of TEN objects in the sky, flying fast and much higher than before. It seems the other nine had gone by the time he was filming.

He claims they could only be seen when they were actually 'flashing', but is the light source simply sunlight? To his credit, he actually zoomed out briefly this time, and captured a plane flying by for comparison.

Hmmm, I dunno about this one. Whaddayathink? As he says, it's much further away; it's impossible to judge the speed; and it's a shame the other nine were missed - they might have collectively seemed similar to the Casper Wyoming night-time footage in the other current thread.