originally posted by: Subaeruginosa
a reply to: Duvi0010

Personally, I think it's far more likely that one of your girlfriends family members are just screwing with you.

I mean, come on... Wouldn't you think if it was actually a demon whose desire was to torment its victims that they'd go about it in a far more creative way than throwing an egg at ya?


Exactly, this is just complete nonsense.

They have already spent alot of money on priests and people that tried to take it out but cant.


originally posted by: Mandroid7
I'd set up some trail cams with infrared and video.
And change your door locks.
And pray to jeebus.


Unless it's Beezebub, because he was strong enough to infect Jesus himself after Jesus used him to make some of his "miracles." Call on Solomon and whichever angel the demon is subject to.

Please give me a bible verse that say Jesus was infected with the devil.

You should report this to the Experiencer Support Association.

posted on Jul, 22 2019 @ 04:45 PM
link
Seriously, is nobody going to ask why you have powder sprinkled across the hallway and white sheets over the couch cushions? You didn't even try on this one....


That's hilarious. Wouldn't you be more interested in the sprinkled powder left by a demon rather than the footprints? That means you have physical evidence. Go get that flour analyzed!

ETA: I always sprinkle white powder in front of me when I walk, so it totally makes sense.
edit on 22-7-2019 by sine.nomine because: (no reason given)

originally posted by: PhilbertDezineck
Please give me a bible verse that say Jesus was infected with the devil.


It's all pretty clearly laid out in the Gospel of Mark:

Mark 3:20-30
Then Jesus entered a house, and again a crowd gathered, so that he and his disciples were not even able to eat. When his family heard about this, they went to take charge of him, for they said, “He is out of his mind.” And the teachers of the law who came down from Jerusalem said, “He is possessed by Beelzebub! By the prince of demons he is driving out demons.” So Jesus called them and spoke to them in parables: “How can Satan drive out Satan? If a kingdom is divided against itself, that kingdom cannot stand. If a house is divided against itself, that house cannot stand. And if Satan opposes himself and is divided, he cannot stand; his end has come. In fact, no one can enter a strong man’s house and carry off his possessions unless he first ties up the strong man. Then he can rob his house. I tell you the truth, all the sins and blasphemies of men will be forgiven them. But whoever blasphemes against the Holy Spirit will never be forgiven; he is guilty of an eternal sin.” He said this because they were saying, “He has an evil spirit.”

It's funny, because it's not just the Pharisees saying that he's crazy, but his own family (who he actually denies). And when he's accused of being demon-possessed, he doesn't just deny it, he basically says, "Well, I'm using Beelzebub to cast out demons in order to weaken the Satan's house. Divide and conquer and all that stuff. And anybody dissing me can just back off because I know what I'm doing and they're blaspheming against the Holy Spirit."

This is where Jesus and his miracles and healing (demon casting) really get out of control. He becomes a necromancer. He becomes combative. He lets John the Baptist be executed when he could have done something about it. He begins seeing himself as the next Solomon, and savior of the Jews from Roman rule. It all ended badly, as you can imagine it might. Demon possession can be rough.


originally posted by: Duvi0010
a reply to: Blue Shift

Right now i just want it out...it wrote on the wall "he knows i will take her away forever"

At least if it doesn't get rid of ghosts it will get you evicted..seems like the best bet.

id say its a joke judging by the footprints , is there anyone in her family with a severe deformity whose feet that might be ?

They are too scared for it to be a joke.
Theres actually a buddy system implemented


originally posted by: Duvi0010
a reply to: Blue Shift
Right now i just want it out...it wrote on the wall "he knows i will take her away forever"

That will make me leave too. 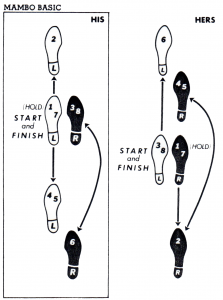 Wait...you already spend a bunch of cash on priests and exorcists. It writes on the walls and steal jewellery but all we get is two tiny pictures?

Invest in cameras!! It won't solve your problems but you can atleast get some revenue from this by placing it on YT.

I little bit. But that's what the old demon hunters used to use.

Is it possible for the superstitious stuff to get any goofier?

They should really consider updating these rituals from time to time. Modern housing does not lend itself very well to open fires and fishguts...lol

posted on Jul, 22 2019 @ 05:51 PM
link
Going by them footprints and the eggs getting thrown at you I would say you have a serious manifestation of the Easter Bunny.