originally posted by: Bluntone22
No, king valkyrie is looking for her queen.
They made sure to let that plot point slip out..

Meh, better than Theanus, or whatever that dopey character's name was played by Brolin. 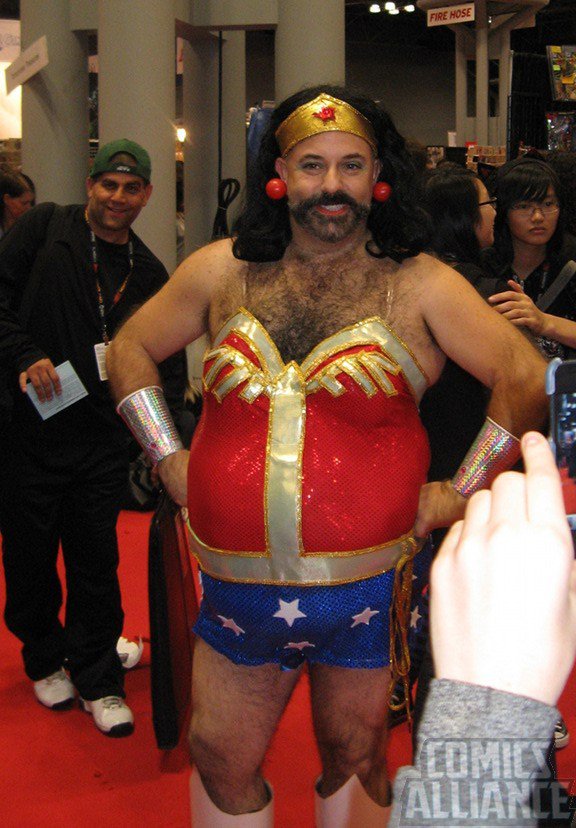 
What do you mean MJ wasn't changed?

Its exactly how I posted it previously.

The first Spider-man movie was Homecoming not the earlier 2 versions (Tobey Maguire and then rebooted with Andrew Garfield) they were done by Sony pictures alone and have nothing to do with each other or the recent Spiderman movies including the Avengers.

So MJ was not changed in this version/reboot as it had nothing to do with the previous spider man movies.

Its what Marvel have done with almost all characters,

one example is the main villain from Avengers 2, Ultron.

another is Starlord's father in Guardians of the Galaxy 2.

Its done so they make a somewhat original story using existing characters and story-lines that cannot be completely spoiled by simply reading the comics.


Every time I see that pick of DB I want him to rope me with his magic lasso.

Please allow me to nerd a bit - in the comics, Jane Foster took on the mantle of "Thor" at a time when Odinson was unable. She was deemed worthy to wield the hammer. She eventually sacrificed herself and the hammer reverted back to Thor.

That isn't to say the movie will follow the same storyline, but my God, the soft, threatened feels of some people! Don't worry, the majority of Marvel heroes are still male!

Well it could be 50% of the 1% i suppose. Thats even worse. Say...whatever happened to Handyboy? Bet hed go over like a fart in church nowadays. Lol

Wasnt he bros with Klitorious.

posted on Jul, 22 2019 @ 08:52 AM
link
Do they ever change the villians. It seems those stay the same. I want a transgender Penguin that has qualities of both male and female penguins.

Sorry if some of us are seeing the writing on the wall with Marvel's future.

Nah....youd be infringing on trans penguinism which is bad i am told.


Thor Ragnorok I believe, where the Asguardian pulls out an assault rifle and labels it his Texas something something, firing it at the enemy that destroys the planet...meh. The director just had to get that in the movie somehow. It didn't fit at all but it was inserted in this tortured way to say assault rifles are scary....all of Texas are redneck gunslingers. That's what I got out of it anyway.

Skarge the "executioner" has been in the comics since the 1960's and yes his weapons include two M16 assault rifles.

Now if you actually bothered to watch the movie you would also know that by the end of it he actually comes good and sacrifices himself to help save the asgaurdians using those very same rifles that seem to have you so upset. His rifles are not called "Texas" he has other names for them (which escape me right now) but he does joke that he has something that he picked up from a place called "Tex-Ass". It's a joke.

This is what annoys me about you and others like you posting in threads like this, you don't actually have a clue about the source material or in this case even the moving your bitching about yet still make statements like "it didn't fit" as if your some kind of authority on the subject.

Note that here we see Skarge completely redeem himself but not just that he uses his weapons to defend the people trying to escape form he bad guys. He and his weapons literally save this day in this sacrifice yet you, who I assume saw a trailer or read something on whatever trash site it is to feed you with fake new try to claim that Titka Waititi was trying to "say assault rifles are scary....all of Texas are redneck gunslingers..... That's what I got out of it anyway. Yeah that is probably what you would have got out of it...if you hadn't watch the movie!!!

Honestly think kind of rubbish does my head in on this site, a whole bunch of you who pretend to know what your talking about yet clearly don't know what your on about but it will get stars and pats on the back so long as it hits the right political buttons, doesn't matter if what your saying is utter tripe
edit on 22-7-2019 by OtherSideOfTheCoin because: (no reason given)

I’ve been up all night we had one of those family things . So excuse me if I’m a little slaphappy posting.

Nobody talks much about how they’re doing a double whammy on us. They’re replacing male roles with female leads in the movies. But they’re also inventing new characters or re-writing female characters to take a larger role in TV shows . A offhand guess would be about 6 or 7 out of 10 movie/TV scripts are being written for female leads as heroes. Most of the time they are the baddest character on the screen . A 130 pound chick can beat up seven guys at one time . I’ll see if I can remember a few of the shows . Killjoys, dark matter, agents of shield, legends of tomorrow , the 100, ( I guess you get my point) .

And I hope I didn’t mess in the back stories or graphic novels about killjoys and such .


at least 20 years ago Mike McConnell a talk show radio host on WLW said. What we are looking at in the future is the feminization of the American male .

I thought it was funny then.

But with the way the beta males sit around and take this crap in stride .

posted on Jul, 22 2019 @ 09:15 AM
link
This whole trend is the latest example of Hollywood's current lack of creativity and innovation.
It's another classic example of those we used to expect to be creative and innovative...reaching for the lowest-hanging fruit.


This whole trend is the latest example of Hollywood's current lack of creativity and innovation.

This is nothing to to with politics, or even a lack of creativity its looking at the source material and saying "what could we use to make a story that will sell tickets.....ohhhh look here is a interesting comic by Jason Arron, lets take some of that mix it with a bit of that".

You can go even further back that that when they done their "What if?" Series of comics that looked at....well what if certain things happened. I checked that comic came out in 1978....

Well now I didn't picture you as a fellow comic nerd.
Who knew?
I also didn't think that a story taken from actual marvel comics would upset people.
Again who knew?
IMO using jane foster to push the "cosmic" aspect of the MCU is a really good idea. It seems "Thor" will be an anchor to that as Chris Hemsworth has renewed his contract to play the character.
If people are flipping about jane wait until they get Beta Ray Bill.