Leftist policies lead to death and destruction and population reduction

Psh you're such a bigot.


You forgot racist and Nazi too.

I didn't forget. I already had those marked on my ANTIFA bingo card


Wait what, antifa bingo cards... I want some, collectors item for sure, they will go nicely with my communist manifesto, my proggresive handbook and my favorite "101 ways to create socialist utopia ".

Yeah yeah everyone and their brother has the progressive handbook 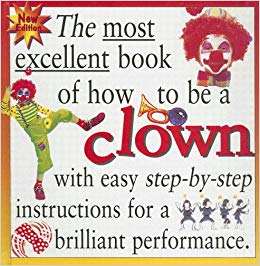 Thats the outdated version, clowns are so yesterday.
edit on 20-7-2019 by hopenotfeariswhatweneed because: (no reason given)

Then I guess policies are the determining factor.

Thats the outdated version, clowns are so yesterday.

They're fast coming back in style bro.

They got the biggest slums too 💥🤣💥

Democrat equality at its finest 💥🤣💥

And the Red State slums are all in Democrat voting pockets !!

originally posted by: odzeandennz
You're at such a political tangent, that you associate everything with "left vs right".

Just rent a billboard write " death to democrats ", and give one of the perfect and logical reasoning to why you want that, i. e. The brilliant bubonic plague analogy.

There's a rat problem in Tokyo and Rio de Janeiro too....


Crazy people, with their crazy ideas, tend to assume leadership roles in the Democrat party. *shrug*
edit on 20-7-2019 by Wardaddy454 because: (no reason given)

Yep, and lots of folks make way more money than I do and end up on the streets because they piss it away doing stupid stuff, too. Sounds like California and other blue states -- loaded but really, really bad at managing it. Whether that's be accident or design is up to you to decide.

posted on Jul, 20 2019 @ 10:14 PM
link
This whole thread is pure trolling. I once created a similar thread criticizing Republicans and it was deleted. Sieg Heil!

originally posted by: dfnj2015
This whole thread is pure trolling. I once created a similar thread criticizing Republicans and it was deleted. Sieg Heil!

Nice try at attempting to censor me tho.


Los Angeles is run by leftist policies and programs.

The Plague will also start there, with their rat population problem.


The end is nigh!

originally posted by: dfnj2015
This whole thread is pure trolling. I once created a similar thread

So you freely admit it. Very interesting..

Does LA have a serious rat problem?

Do they have outbreaks of formerly medieval disease in LA thanks to said rat/flea problem?

Is the plague a rat/flea spread disease?

Does LA have a serious issue with homeless and indigent people and the various issues they bring -- like rampant street filth?

If you answered yes to all of these question, then LA is indeed ripe for a serious disease outbreak or even a plague, of even *the* plague. Perhaps you might consider why that is and why other cities with similar policies are starting to have similar conditions especially when cities not following in their footsteps but of similar size aren't trending in that way?

According to NOT a conservative fear-mongering site.

Yersinia pestis is endemic to prairie dogs and other rodents all across the US. Any rodent the fleas will feed on can carry the plague.

All it takes is one flea to carry the plague bacteria into the big bad city and start feeding on people along with it's regular rat hosts.

originally posted by: Admitted
a reply to: ketsuko

Yeah, might better if I just posted this on a conspiracy site.

posted on Jul, 20 2019 @ 10:33 PM
link
Actually, if this were a conspiracy website, we could spend the thread talking about the growing evidence that the "Black Death was NOT in fact caused by Yersinia Pestis based on a variety of evidence. For starters, the symptoms reported in medieval downtown Europe do not match the symptoms reported from Southeast Asia in the 19th century. Although DNA from plague victims have been identified with Y. pestis, many other human remains from the ossuaries at Black Death cremating sites lack the Y. pestis evidence.

But of course it makes everyone feel better to believe that the Black Death cannot happen again; or if it does, we will science our way out of the crisis and find a vaccine in time.

This despite the fact that it seems vaccine resistant...

posted on Jul, 20 2019 @ 10:36 PM
link
That just means they need to import more cats and quit locking the poor thing up in their "humane" animal shelters.