page: 1
52
<<   2  3 >>
log in
join
share:
Grambler
+33 more
posted on Jul, 10 2019 @ 07:30 PM
link
There are many people on Ats and elsewhere that still believe that the Russians and Trump conspired together to steal the 2016 election, even though Mueller (who had every incentive to find trump or his team guilty) said that wasnt the case.

Despite this, there is universal agreement that the Russians attacked our elections.

Mueller outlines two ways, 1. the hacking of the DNC and Podesta emails, and 2. The Russian trolls on Facebook spreading misinformation.

As someone who feels the intel community regularly lies to us (Iraq, Lybia, Syria, etc.) i wanted to see proof before I believed these.

The Russian troll argument was particularly strange to name because it is laughable that a few Russian trolls posting on Facebook would outweigh the over half a trillion dollars spent in the election alone, not to mention all the msm, entertainment people, and other social media commentary that went on.

Nonetheless, this was cited as proof of Russians attacking the US.

So it may come as a shock to people, but it turns out that after two years of investigating and after all the money and time and people he asked for, Mueller still has no proof these Russian trolls were working on behalf of or directed by the actual Russian government.


Dont take my word for it.

He was hearing the case about the Russian troll group, and said as much.

The Special Counsel Report describes efforts by the Russian government to interfere with the 2016 presidential election. See Special Counsel Report 36–65; see also Indictment, United States v. Netyksho, No. 18-cr-215 (D.D.C. July 13, 2018), Dkt. 1 (indictment against multiple Russian intelligence officers based on the alleged hacking and leaking of private documents belonging to Democratic officials). But the indictment, which alleges that privateRussian entities and individuals conducted an “information warfare” campaign designed to sow discord among U.S. voters, Indictment ¶ 10, does not link the defendants to the Russian government. Save for a single allegation that Concord and Concord Catering had several “government contracts” (with no further elaboration), id. ¶ 11, the indictment alleges only private conduct by private actors

Yep. turns out these were just people who happened to be Russian.

Imagine someone on ats who is American and hates Puting starts posting on Facebook that Putin is in to sex cults or wants to lock up all of his opponents.

thats what Mueller and the intel community did.

They had no proof that these trolls were operating as part of or directed by the Russian government, but they continued to make the misleading statement that this was the case.

Here is further in this ruling.

The Report, however, identifies the social media efforts alleged in the indictment as one of “two principal interference operations in the 2016 U.S. presidential election” carried out by the Russians. Special Counsel Reportat 9; see also id. at 14 (similar). The Report also refers to the defendants’ “social media operations” as “active measures”—a term of art “that typically refers to operations conducted by Russian security services aimed at influencing the course of international affairs.” Id. at 14 (emphasis added); see also id. at i, iv, 14, 35, 174. Elsewhere, the Report states that “[defendant Yevgeniy Viktorovich] Prigozhin is widely reported to have ties to Russian President Vladimir Putin.” Id. at 4. And more significantly, the concluding paragraph of the section of the Report related to Concord states that the Special Counsel’s“investigation establishedthat Russia interfered in the 2016 presidential election through the ‘active measures’ social media campaign carried out by” Concord’s co-defendant, the Internet Research Agency (IRA).Id. at 35 (emphasis added). By attributing IRA’s conduct to “Russia”—as opposed to Russian individuals or entities—the Report suggests that the activities alleged in the indictment were undertaken on behalf of, if not at the direction of, the Russian government

This judge is actually ruling that Mueller has no basis for claiming these private actors were part of the Russian government, and Mueller and the DOJ must legally stop claiming publicly that is the case.

One of the two principal examples Mueller gives of Russia attacking the elections, down the drain.

Do we still have to believe him that Russia hacked the DNC, even though the DNC would not let the FBI see the server?

Even if that is true, the fact that this supposed straight shooter misled people this bad, and it was swallowed whole by both parties is a disgrace.

More evidence, like his erasing of strzok and pages phones, that he was corrupt.

For some of us this report has always been transparent.

I recall when it was reported that these Russian social media troll had 90% of their posts in Russian which is likely to influence...nobody.

Good to see a judge has come down on them.

Now waiting for a judge to throw out the Flynn case.

originally posted by: RalagaNarHallas
does this just apply to muller or all of the federal government?

At the rate we see, I bet he somehow "decides" not to testify 😎


This whole fiasco that we have witnessed the last few years will go down as one of the biggest embarrassments for the Democrats in recent memory. The whole thing has fell apart, they just refuse to admit it as of yet.

I would expect with all the people screaming russia for two years, who still believe the dossier, would have some comment on this


Ah well, better to ignore it I guess

What do they have left? Trump hangs toilet paper the wrong direction?

I'm surprised they haven't "delayed (read: canceled)" his testimony yet. It's not going to help the Democrats at all.

there are more Democrats than Republicans, so they just HAD to influenced.

Unless those non english speaking people that voted checked the wrong box....

( when is "Fly over" country going to stop feeding the coasts?)

I agree. And don't call me Shirley! 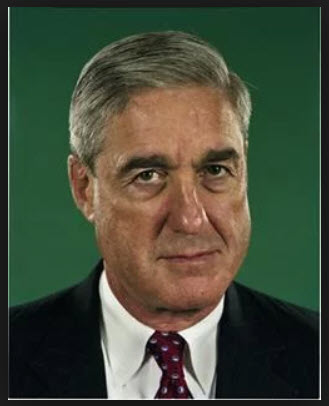 posted on Jul, 10 2019 @ 11:05 PM
link
There is a percentage of people who would have NEVER voted for her. What is that number I do not know but it is extremely high and left out of the conversation entirely. Yes, she got the popular vote but she did not get the MAJORITY of the vote. This is a clear fact that has never been accepted by the left media; She DID NOT GET THE MAJORITY VOTE.

She got the most out of many candidates but, slice it all up and she is well below 50%. That says she is not liked by over 50% of AMERICANS. She is hated by over 50% which is UNPOPULAR. I guess a Democrat could win. I won't say what Nanci Pelosi said in that you could take it to the bank Trump would lose. I will not drop a mike like Obama saying Trump would lose.

What I am saying is that it is DAMN NEAR impossible he losses.

posted on Jul, 11 2019 @ 12:24 AM
link
The owners of Concord and Concord catering is Yevgeny Prigozhin and his mother Violeta.
Prigozhin is known as "Putins cook", because his company caters for Kremlin.
Google up his name and you'll see several pictures of him with highest Russian officials and Putin himself.
Prigozhin’s CEO of Concord Management, Dmitry Utkin, is the founder of Wagner Group, a private military contractor. This private military contractor protect the interests of Russia and her oligarchs in Syria and Africa.
Prigozhin has also been doing propaganda in Ukrainian elections.

So this is not some innocent private Russian person with no ties to Putin, that you claim it to be.
This multi millionaire is very much connected to Putin and Russian government.
BTW, you can't have a hundreds of millions worth company in Russia without being pals with Putin, that's how Russia works.

Sounds like Prigozhin & Co. were the perfect targeted scapegoats 😎

The judge listed everything you just said

If connections alone are proof of guilt

So that’s proof Hillary and fusion gps were working for Putin!
edit on 11-7-2019 by Grambler because: (no reason given)