On Friday, a lawsuit filed against Donald Trump by 'Katie Johnson' was dramatically dropped

But DailyMail.com has learned that the claims against Trump were fiction

Before that, she told her story to DailyMail.com

Like the idiots E Jean Carroll, Christine Blaisey Ford, Julie Swetnick, and a cacophony of others given air time and the benefit of the doubt, all turned out to be lying sacks of crap. All of them.

How much more of this # do we have to put up with Liberals? You just give air time to any idiot who you think you can latch onto to in order to bring down the President. Every. Single. Time. It has been a FAILURE. The American people are sick of this crap. They are sick of you, your unhinged accusations, abuse of the system, lies, your "woke" bull#, and the constant kowtow to communists.

This is the media and liberals DESPERATELY trying to tie Donald Trump to the Epstein story. You idiot liberals know what is coming next, and Pelosi's daughter said it best, a lot of your favorite child rapists are going down. There's nothing you can do about it except to latch onto the various lies you've been holding onto for comfort as you cry yourselves to sleep that the Bad Orange Man is still your president.

Nothing you do will change that because you are wrong, you believe in liars, and the truth is unimportant to you because, as AOC has said, being "morally right" is more important than being factually correct.
edit on 9 7 19 by projectvxn because: added bold emphasis in quoted text and fixed spelling and grammatical issues in the body of my post.
edit on 9 7 19 by projectvxn because: (no reason given)

XCrycek
+3 more
posted on Jul, 9 2019 @ 01:08 PM
link
It's fine you made this thread, but calling out liberals for believing everything while ATS is filled with conservative fan fiction threads is sheer hypocricy.
Let me tell you one thing.
You yanks are equally stupid/naive.
It's like you guys discovered internet yesterday and think it's some fountain of truth.
How many threads os there about sealed indictments, Hillary going to jail and all the other bs?!
I haven't seen you pop up in any of those threads to call out conservatives.

originally posted by: chiefsmom
This whole thing just P's me off to no end.
I don't care about any of the political points, sides, ect to these stories.


They make me sick.


This has been going on for ages, it didn't start with Trump.

And where you come from is so much more enlightened? Where is that?

THEY ARE DAMAGING WOMENS CREDIBILITY!!!!!!!!!

I wish this wasn't true. Because I am such a fervent believer in individualism. Credibility can only be backed up by facts on a case by case basis. But in the overall culture, especially on the national stage, this isn't very good for movements like #MeToo.


What about the average high school/college, working woman, that actually DOES get raped, or sexually assaulted?

I will answer this with the following:


I don't care about any of the political points, sides, ect to these stories.

IT IS POLITICS. They don't care at all as long as the political war can be won with it. Your outrage is their weapon. THEIR outrage is simply a means to grab the hilt of that sword so as to swing it with as much ferocity as possible in order to slay their political opponents. They don't give a # that actual people have been hurt. There's an election to win.


These stupid B's that think this is ok to lie about need to be charged.

I'm sure that's exactly what I will get as a rebuttal.

Their scandals are cheaper by the dozen 😎

Fallingdown
+6 more
posted on Jul, 9 2019 @ 01:16 PM
link
Knowing the way the Democrats work. I bet something slick Willy did was tied to the allegation and she just dove on a hand grenade to protect the man who’s zipper wouldn’t stay up if it was spot welded .

What are you on about exactly?


We sure beat the crap out of the limey red coats though, didn't we?
We sent them running, with their tails between their legs


It's fine you made this thread, but calling out liberals for believing everything while ATS is filled with conservative fan fiction threads is sheer hypocricy.

Please show this clearly balanced paradigm as I lay out another liberal lie. No really, go ahead.


Let me tell you one thing.
You yanks are equally stupid/naive.

Oh look another non-American who has exactly zero clue what is happening in this country.

I haven't seen you pop up in any of those threads to call out conservatives.

I call out bull# regularly. In fact, I'm not actually too popular on with the right here either. Follow any one of my discussions in science/medicine/technology. Whether what you describe is bull# or not isn't really important. It isn't my job to police conservatives or right wingers in general.

This is my whole issue.

People have "cried wolf," historically.. There is even a fable about it.

But now? It seems to be an epidemic and certainly not limited to this story or even subject. They frequently self-source among like-minded outlets and slowly shape the narrative to vilify anyone they want.

We see it quite a bit with everything from sexual harassment/assault to the term "alt-right." The stories will start with things like "possible allegations" or "possible links to the alt-right." Then in the next story, they will say something more extreme and justify it by sourcing the original story. Something along the lines of "who has been accused of links to the alt-right in the past."

Do this enough, and you get the people who buy into it seeing the "evil alt-right nazis" everywhere. So, when subsequent social assassinations take place, the slow burn of new accusations has PLENTY of kindling. 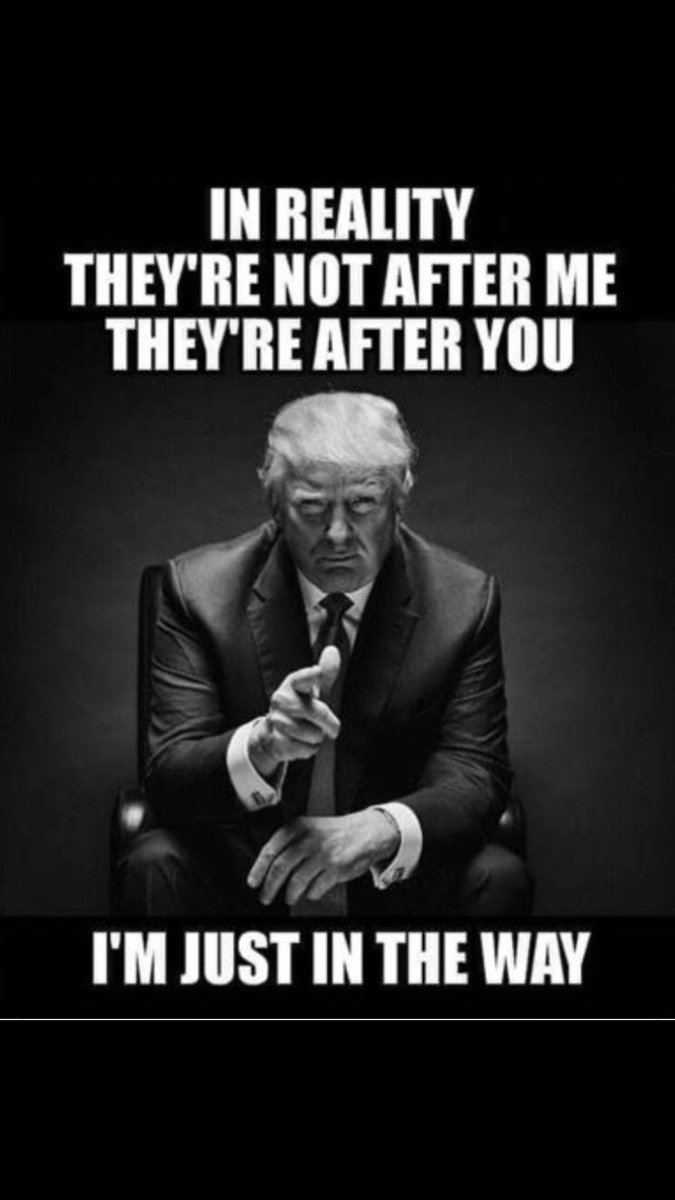 They have spent decades, monopolizing power to forward their agenda... and, they have amassed tremendous wealth.

They believe they are above the law... HRC's flagrant, and criminal use of her personal server is proof. ANY OTHER government employee not named "Clinton", would get prison time for what she did.

President Trump upset the proverbial apple cart. He isn't dangerous to the American people... he is dangerous to corrupt politicians.

The politicians that continually call for his impeachment, are probably the ones with the most to hide...

She fabricated the whole thing....according to the Daily Mail. In the article is says that ''the Daily Mails has learned'' several time, times enough to lodge it into peoples minds. But where does it cite it's source, where do they offer any proof that her allagations were fabricated.... Find that for us would you in our source, the Daily Mail. Where does it show her own statements about this. I could find none, only their accusations that it was all fabricated.


You made me spill my beer with that one.

You owe me one beer.

originally posted by: Grambler
a reply to: projectvxn