posted on Jul, 9 2019 @ 12:52 PM
link
There's a place hidden inside you. You need to go past all your childhood traumas, leave behind everything you want, conquer all your fears and then you stand at the edge of this abyss, the rabbit hole so many talked about which is in reality a wormhole.

On the other side there is nothing of value in a material sense, it's the opposite, it's where everything turns meaningless. Even life, because it's not you who is living, life is eternal it has no beginning and no end it's a circle, like our universe.

It all revolves around the black sun, a place from where nothing can escape, without which nothing could emerge because it's the generator of time and without time there would be no progress and life is all about progress. Spawn, bloom, wither - the electrons you're made of once were a sun, a dinosaur, a tree... 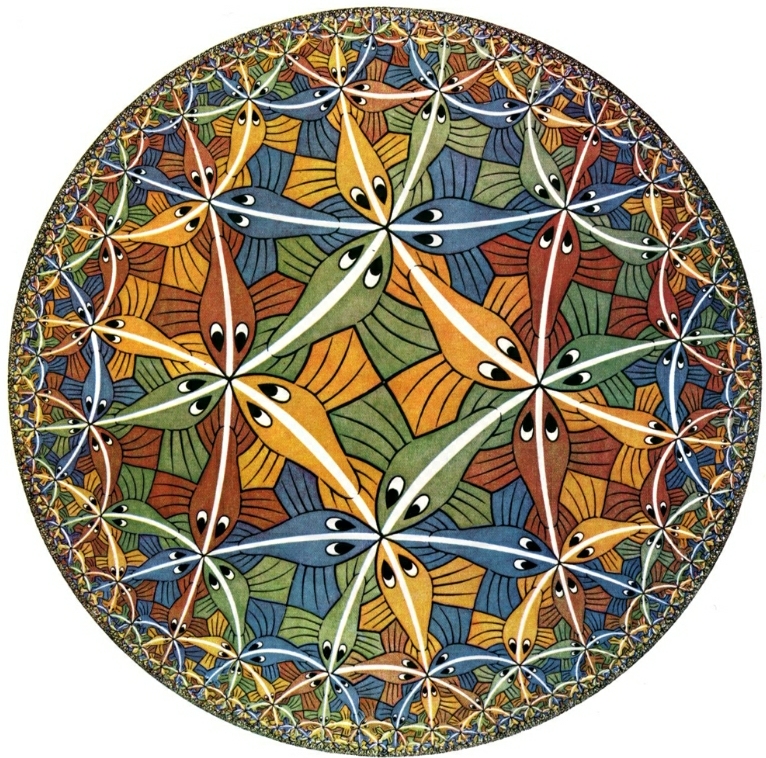 Karma means you are everything that ever was, is and ever will be alive. All in circles, or the symbol for infinity, the laying eight. 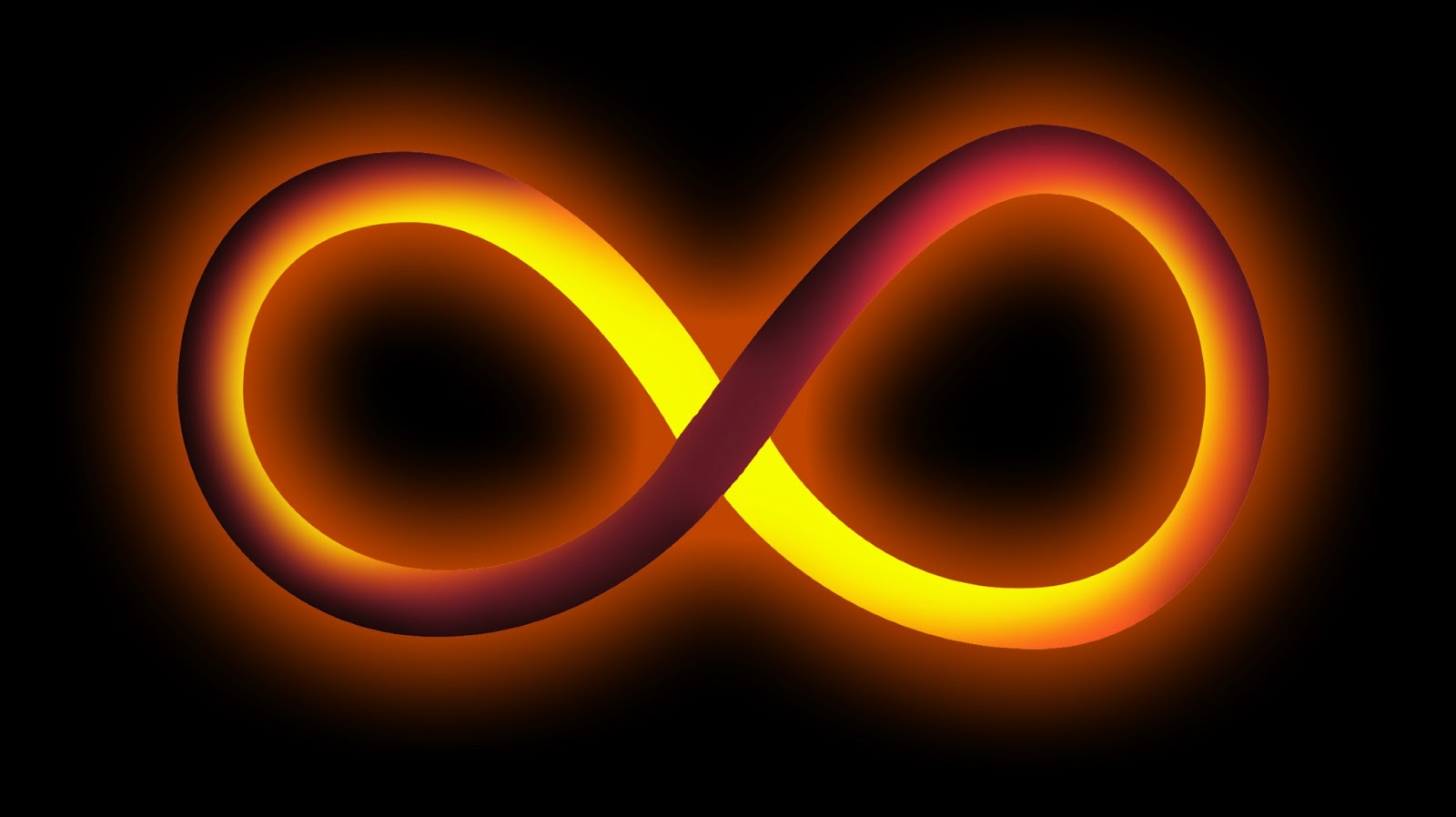 Is there a nine? Will at some point someone break out, find the exit? Isn't that what spirituality is all about? Rise above, higher self, higher grounds, master time the ultimate slave master.
Ascend master, you fool!

Words are awesome we can convey so many things, but when it comes to spirituality, the soul, explaining the other, the phenomenon, they fall short. You have to live it to understand. Even if you think you do, you don't until you have been smacked in the face.
There is nothing more cruel than bliss and the "touch of god", after you've felt that you're like a heroine addict who is always just longing for the next shot of paradise.
But it is neccessary it is what the 2012 stories were all about and there's no other way.
And me and I know quite many who have been through the same are waiting for you to get there too. Because it's like a scale on our conscioussness, right now we're still too material heavy and soul light. (Ha pun!)

And it's okay, dear sceptics, I was a total materialist once too, I absolutely get where you're coming from, but oh boy sometimes I wish I could push you into the abyss!
On the other side we have the religious folks who actually bother me just as much, it's like it is with scientology for me, some of it is so close to the truth and then it's just so wrong. I've said "it's like that but different" so often but nobody seems to get it.

My point is, I just want you all who are at the start or still some miles away from the journey to a new outlook, who are about to meet the other, or "god"... I don't know how to express that, but weird # will happen to all of you at some point and I want to let you know what really worked for me: 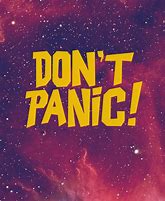 I dont know what's going on, nobody does. Don't be fooled by people who say they do. Trust yourself. Don't get paranoid. Enjoy the ride.
I think it's just mankind growing up. That's not scary, right?
It can be dangerous, I almost got shot, pushed down a mountain, strangled by people I trusted... I'm not saying it's not getting wild, just that you are immortal, so relax.

posted on Jul, 9 2019 @ 01:05 PM
link
Fyck materialism! That's the biggest scam ever played on humanity. It's destroying Earth and eating our children.

In Siddartha by Hesse, the Siddartha goes from a spiritual community to a materialist community and in his juxtaposing the two realizes neither is where he could be best off so he goes back to the river and lives a simple life.

I see materialism in this light, not a scam but rather an experience of learning. If we overcome it in our life time then that is good. If it takes us several lifetimes or more, that is good as well.

I read that! Hey I know a book!
You're right of course it's all just lessons. We got eternity before the universe expires
Much love, XOXO

I'm so god damn lonesome I count enemies as friends
Tod A.

posted on Jul, 9 2019 @ 01:31 PM
link
It’s all part of a story that has a beginning, middle, and end- all the way down to the littlest, and in up through the biggest. It hasn’t ended yet. And unlike a book, we can’t just skip to the end. So buckle up, and have patience for the multitude.

yes sir.
I never was good at patience so I guess I'll grab a bottle of wine something to smoke my drawing book and... just let it unfold.

at the heart of the galaxy is a black hole / sun because like it there would be no life without it. radiating time and gravity the electromagnetic dark twins

Wow I never actually thought of the bigly black hole at the centre of galaxies to black suns, I thought it possible that there was a parallel world to ours with a black sun. But thanks, I love enhancing on possibilities

Well it is kind of parallel we're talking about invisible things just that they live in and around what we perceive, elusive but the effects are unescapable

Words...nothing I can add that would add anything. I'll just leave you with a

If you're not into materialism: then why is there so much 'stuff' that you write about?

The is why psychic things are possible like remote viewing, telekinesis, telepathy, etc.
The fabric of reality is the consciousness of the one creator that we are all part of.

If you ignore or deny this possibility your life and experiences will reflect a very physical "nonpsychic" reality because your consciousness is the creator of these psychic possibilities. By denying them you do not create them for yourself to awaken.

If you are open minded and aware of these "psychic" possibilities you will notice that your life is a reflection of you own consciousness and feelings.
I think this is because we are all part of the one super consciousness that is dreaming our reality right now.
Some people would refer to it as God. Labels don't matter.

labels are indeed a big problem. Most of the time we really just argue about individual definitions and never get to talk about the issue/topic itself.


Maybe the only difference between the conscious and unconscious realm is one depends very much on dualism...1/0...

The unconscious can handle both 1 and 0 being at the same time or neither. Uncomprehendable and very confusing for the conscious mind...

I'm not saying it's not getting wild, just that you are immortal, so relax.

Really! If our human mind exists in duality, and spirituality exists in oneness, then what dies when we do, everything or nothing? That issue perhaps less important if we choose to exist in the Now - Come what may.

Does a drop of water cease to exist when it reaches the ocean?

Would you please try to describe a little more about, what you refer to as 'the unconscious' ?
Is it akin to 'nothingness', or perhaps more the subconscious?

Does it relate to the non-materialistic aspect of 'no-thingness', of 'this that is' ?

Seems to me that we can't be sure of what created what, only that what we got: is nothing.