Video: Where are they now? The biggest players in the Jeffrey Epstein Case

posted on Jul, 9 2019 @ 12:42 PM
link
With Jeffrey Epstein locked up, these are nervous times for his friends, enablers

Video is embedded within the link.

Much has been written on Jeffrey Epstein. Both here on ATS and in the MSM. I could care less about who goes down as all I want is factual evidence and by the books Justice and yes that includes any and all people including Sir Donald and then US Attorney Alexander Acosta. So just to be fair how about Bill and that Mueller guy? Why I was looking around was to see and decide for myself as to what happened back in 2008 relating to his slap on the wrist plea bargain as Nancy Pelosi is banging on the garbage cans again called for his resignation and removal. Sure. Its great stuff for the TV cameras but as we know the Democrats grab TV ratings. So just watch the video and then read the article. I also attached a link to the actual transcript of Alexander Acosta’s Nomination so you can read it and decide yourself as to whether he did his job or simply couldn't do his job. So, if you simply type in the keyword Epstein it will get you directly to questions to Acosta and see what was asked and how he responded. Unlike many of your here on ATS I have been through a Federal Court Case involving DOD hardware fraud. As a result my testimony put many into Club Fed and others had to pay out million in fines. I also have an understanding to a point of Federal Judges and US Attorneys. In my experience many are politically biased and not always on the right side of the law. So based on what I have seen I will discuss two among all of the players; Donald Trump and Alexander Acosta.

NOMINATION OF ALEXANDER ACOSTA OF FLORIDA TO BE SECRETARY OF LABOR

First of all if you even believe that anyone is protected and free from disappearing off of this planet you are a fool. So take a look at whom they were going after, in the mid 2000's, a highly politically connected Billionaire. Robert Muller was running the FBI and George Bush was at the helm for eight years and why didn't Mueller send in the FBI troops to assist in that investigation of Epstein since it was probably international in scope. So once again look at who all the players were back in 2008 in the US Attorney's life. After reading his comments to questions relating to his Nomination in 2017, it seems that whomever he reported to in the US Department of Justice steered him towards that slap o wrist. As of right now that’s simply my opine. I have no proof but this guy was trying to put away a billionaire who can afford expensive lawyers and threaten witnesses. That's how it works

Sure I know how he acts and what he says but that in a way is a typical trait for certain people from New York City. I mean can you guess who that darling new Congresswomen from the Bronx is as the Bronx is a part of New York City. Do you see any connected personal traits? What is key here is to watch his tweets on this subject along with any public comments. If he is who he claims he is he will absolutely NOT make any comments relating to Epstein as he seems to be against crimes against children. Plus look at where he is in Washington DC. It ground zero for Missing & Exploited Children [see graph] so look at what he says. If he doesn't want to tarnish the case then he needs to just shut the hell up. So far he has been quiet. OK, so the media churn and spin is just doing that. When you look at his timeline with Epstein he did said that Jeffrey was a great guy and it was said way back in the early 2000's. Well sheet that's Donald. He says that about everyone then the other guy gets fired or something bad happens. So he took one plane ride on the Epstein jet. You think that these guys know everything about everyone and I mean is he going to have a beer with you or me. Never! Billionaires hang with Billionaires. My opinion on this is that Trump has no issues here. No, no urination on whores or a six year olds DNA soiled Trump shorts left on Jeffrey's island. I will also opine that Jeffrey may have Trump and his other island house guests on video from their stay on his island. Sort of the blackmail type of videos.

This is one of the greatest moments in the recent history of the United States relating to child trafficking. It is international in scope and leads to Presidents. It can be shut down and that's to be determined. Looking at Trump he does do many stupid things but those aren't the guys you need to worry about as he wears his emotions on his sleeve. As yes he’s all about Donald. You think a wussy would or could go through what he’s been through?

The ones you really need to worry about are the ones who plot and plan your demise in the shadows yet when they appear in public they are so collected, well-spoken, gracious and just simile. So presidential!

posted on Jul, 9 2019 @ 12:51 PM
link
You forgot Bill Barr, who is now the AG of the whole USA. Epstein was his client, and he announced today he will not be recusing, despite having a prior relationship with him.

So, things are looking REALLY good for Epstein... the attorney that made the deal with him got promoted to the cabinet, his former attorney is the attorney general who will not recuse and his 20 year friend is the president.

Things could still go bad for him but every day as we find out more links, it seems less so. It will be up to the Dems in NY to make things right, if they don't and this is a charade, no one else will.

Correct but so far so good. Hes not going to go down in disgrace over Epstein. I believe that he will put this guy away for life. Mueller may as then US Attorney turned to the FBI to investigate back in 2008. That's factual. So what did the FBI do under Mueller? Nothing? One of the cases I was involved in, involved the Pentagon. They stonewalled and killed the US Attorneys case. Could have happened as in 2008. It happens all the time.

"I am recused from that matter because one of the law firms that represented Epstein long ago was a firm I subsequently joined for a period of time," Barr told reporters

If Epstein sings like it's assumed he will, then it's only a matter of how corrupt the investigators are. If by chance there are some honest men and women in there somewhere, and they stick to the law, a whole lot of really, really bad people will be going down. And as I said before, there is no partisan play here, this is about hurting and exploiting kids. When punishments are handed down, there won't be any room for softness.

And imagine if this is just the tip of the iceberg, and Jeffry ties in with the big hush up thing in the UK regarding kids. You want something to unite the world? Line up the pedos show what crimes they did, and let the world see that even money can't buy you out of this. If some big players go down, then the abused who were silenced with threats, may find their voice again, and bring real evidence to put a few more nails in the coffin.

originally posted by: Duderino
You forgot Bill Barr, who is now the AG of the whole USA. Epstein was his client, and he announced today he will not be recusing, despite having a prior relationship with him.

That's a gross manipulation of facts right there, color me surprised at that. Barr was a counsel for Kirkland & Ellis, meaning he was not a partner nor an associate. Epstein was never his client in any capacity. The Acosta case was 10 years prior to Barr becoming of counsel to K&E. K&E are the largest law firm in the world, so obviously their reach has been quite broad over the years. Barr isn't recusing because he had no involvement whatsoever with Epstein or that case, as his involvement with J&E was centered on corporate legal advice.

It will be up to the Dems in NY to make things right, if they don't and this is a charade, no one else will.

So it will be up to the Dems to take down a Dem pedophile.

One who is a major Dem donor and fundraiser who probably has half of them in his little black book.

And this will all be blamed on Barr and Trump if he skates again. 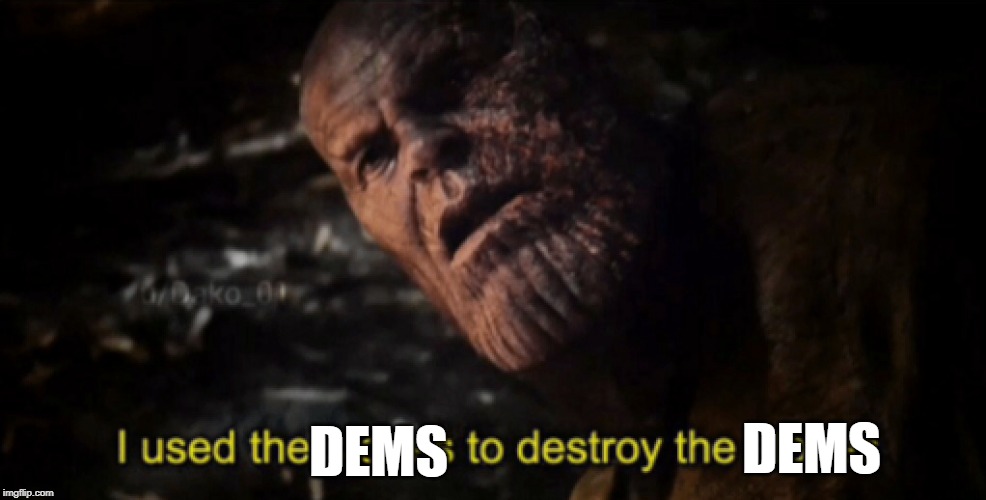 Well from a British point of view I am certainly glad something is being done about this scum bag whom was a very close friend indeed of prince Andrew, prince Charles younger brother and once second in line to the British throne, but I doubt that Andrew will be brought into the case and if he is likely any involvement there will be hushed up and the questioning will happen unofficially behind closed door's, then again given how our idiot ambassador emailed his private thought's rather than share them face to face with our prime minister now Trump - and consequently a lot of the US - have been rubbed up the wrong way it may just come to light after all if there was any involvement.

We love a good scandal but other than that these were children this scum was preying upon so he need's to burn.

posted on Jul, 9 2019 @ 03:45 PM
link
Here is a picture of Bill Clinton with a very young girl on an
airplane, that is said to be the "Lolita Express" owned
by Epstein. 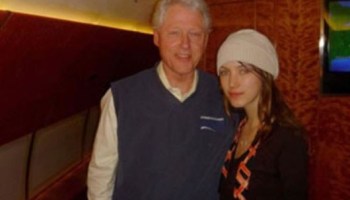 It appears that Bill Clinton knows a lot more than he claims,
especially where underage girls and Epstein are concerned.

Who is this young girl? According to many sources her name is
Cindy Lopez and was a regular with Jeffrey Epstein.

Why does Bill Clinton have his arm around her, on the Lolita Express?

I thought that was Rachel Chandler