Democrats are actually ANGRY that President Trump Will Honor Americans on July 4th.

America has been great for decades, and is becoming even greater. President Donald Trump has directed OUR Federal Government and Military to celebrate our blessings and good fortune on July 4th. It is entitled: "A SALUTE TO AMERICA"

The military hardware is just one new element in a U.S. Independence Day pageant that will depart significantly from the nonpartisan, broadly patriotic programs that typically draw hundreds of thousands of people to the monuments in downtown Washington.

While past presidents have traditionally kept a low profile on July 4, Trump plans to deliver a speech at the Lincoln Memorial.

Also on the agenda are an extended fireworks display and flyovers by Air Force One, the custom Boeing 747 used by U.S. presidents, and the U.S. Navy’s Blue Angels jet squadron.

Even the "Baby Trump" helium balloon has been approved (by the D.C. Park Service) to participate in celebrating America's greatness.

"Baby Trump" gets its permit: kfor.com...

But there are a lot of Democrats in Political and Media circles who are actually ANGRY. This article doesn't even come close to actually hearing them foaming, with a strange combo of anger/jealousy, as they were on CNN and MSNBC today. But try to imagine it, while reading these excerpts:

The regular fireworks launch point had to be moved to accommodate President Donald Trump's new "Salute to America" event at the Lincoln Memorial.

That, coupled with military flyovers, means DC airspace will be closed for more than two hours, when in normal years it isn't closed at all!

One concern of critics who think the Fourth should be about commemorating national unity and independence is that Trump's event, with its massive VIP section and tickets for political donors, has the sheen of a partisan affair.

There will be 15,000 general assembly tickets available for Trump's July 4 celebration, and a total of 500 VIP tickets, according to a person involved with the event.

The DC National Guard plans to triple the number of troops on the street, from 300 to 900, to provide additional security.

The costs are another major concern.

More of the Usual Whining At: www.cnn.com...

The U.S. politicians and Media personalities who spew the most hate for America and our President, have the nerve to accuse President Trump of ignoring UNITY this 4th of July! They're losing it.

Disgusts and appalls me, definitely.

I am watching the US being ripped apart by the enemy within.

Metallicus
+27 more
posted on Jul, 2 2019 @ 11:10 PM
link
The traitors are exposing themselves which never would have happened under a Clinton Presidency. Let’s be glad Lady Liberty is shining a bright torch on all these Progressive rats.

carewemust
+14 more
posted on Jul, 2 2019 @ 11:10 PM
link
a reply to: incoserv
For them, Hatred of President Trump now takes precedence over common sense, love of country, love of life...everything.

History Books will not be kind to those who are attempting derail America's progress at this time.

rickymouse
+7 more
posted on Jul, 2 2019 @ 11:14 PM
link
Sounds like trump wants to have a nice fourth of July celebration. I look forward to seeing it on TV. I suppose I will not want to watch MSM because they will be all negative, cutting down the whole thing and making it seem like a bad thing. I will have to watch a neutral channel. I suppose Antifa and other hate groups are going to mobilize. I hope they get shot with those bean bag guns and hauled off to jail for causing civil unrest if they show up. That would be fun to watch too.

The Lefts argument is this celebration is nothing but a right-wing fundraiser. The 4th, a fundraiser.

I kid you not.

I feel for them. They have been made to put on their MSNBS helmet, whicj prevents them from hearing anything but lies. They also suffer from mental illness bestowed on them from the far left, We should all pity them, and feel for them, in their hour of despair

They hate everything that is America, but love all that America provides them. 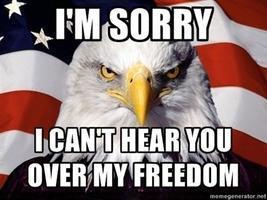 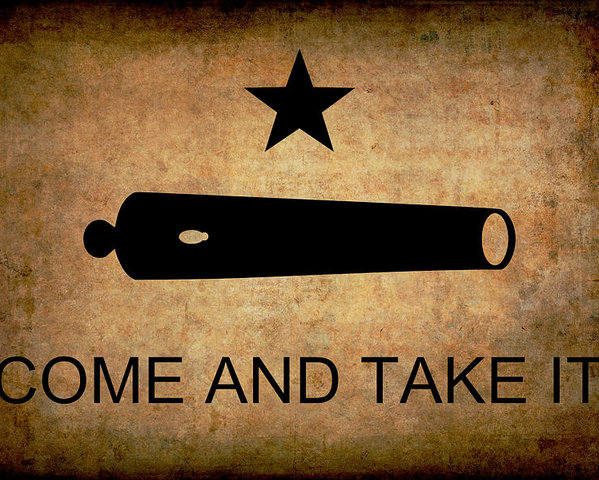 TWO years ago Demented Donald wanted to have a nice, shiney MILITARY PARADE just like he saw in Paris, and was denied because of costs.

Now, he fired the guys (or they retired, open to interpretation) who army-blocked him, and he gets his Shiny Metal Parade.

And you ask why the democrats are against this showcase of bullcrap which no other president before had felt necessary to have...
Sure, ask away. There are good answers you do not want to hear.

posted on Jul, 3 2019 @ 01:14 AM
link
The dim wit dims, the party of clowns. I do my best not to pay any attention to them anymore. They have absolutely no message besides hate and they seem to have an inept ability to recognize any form of common sense or reasoning whatsoever.

I can't think of one person in the last few years, even on this site, that's said, "Hey, I think I'm going to change from being a Republican and become a Democrat," not one, but I've heard of a snip load of dems that have had enough of their pure unadulterated BS and changed Party's.

Matter of fact, I don't even think they should have the word Party attached to their name anymore because they obviously don't know a damn thing about that either.

Oh man, I feel so much better now.

3NL1GHT3N3D1
+2 more
posted on Jul, 3 2019 @ 01:17 AM
link
While Democrats hate on Trump any chance they get the Republicans do the same exact thing to Democrats. Both sides are guilty of the same exact crap, cognitive dissonance is what allows the hypocrisy to go unchecked from both sides.

Democrats this, Trump that! He said she said gossip tabloid garbage. That's what's killing our country.
edit on 7/3/2019 by 3NL1GHT3N3D1 because: (no reason given)

originally posted by: 3NL1GHT3N3D1
Republicans do the same exact thing to Democrats.

Yeah, well the eff'n idiots deserve every bit of it. So tired of their stupid BS. Like the whole AOC crap with the parking lot and the detention centers this week, just lowlife made up BS. How can anyone support a party that makes someone like her their poster child?

AOC was paid to do that, I guarantee it. You say Trump trolls Democrats? The media and Democrat politicians know exactly how to troll Trump and his supporters every day as well. Read these boards to see it in real time.
edit on 7/3/2019 by 3NL1GHT3N3D1 because: (no reason given)

Maybe, but there’s a big difference between ‘deserves’ and ‘just for chits and giggles’.

Heaven forbid some kid visiting DC at the time feels a sense of patriotism during this rare period of American prosperity, I know that's an offensive thought to you leftists. But I guess you'll just have to suck it up buttercup.
edit on 3-7-2019 by watchitburn because: (no reason given)

So the update just moved the delay to the top of the hour instead of the middle?
edit on 3-7-2019 by watchitburn because: (no reason given)

How do tanks in DC honor americans?

originally posted by: 3NL1GHT3N3D1
While Democrats hate on Trump any chance they get the Republicans do the same exact thing to Democrats. Both sides are guilty of the same exact crap, cognitive dissonance is what allows the hypocrisy to go unchecked from both sides.

Democrats this, Trump that! He said she said gossip tabloid garbage. That's what's killing our country.

You forgot to mention the LEFT...