Not a UFO but maybe a preemptive strike

"One of the objects I could ID is the remain of an S-200 missile launched from Syria on the Israeli jets.” as tweeted by the Syrian military.

So then I was wondering if Israel attacked Cyprus. So then I googled, "israel attacks cyprus" and I started looking at the articles. I found this interesting two week old article a few hits down:

"Israeli intel official says vast ammonium nitrate cache found in 2015 in London, as reported this week, was part of terror group’s planned ‘revenge’ against Israel in case of war"

And in this article it makes this claim:

"The largest cache, containing some three tons of ammonium nitrate, a key ingredient for some types of explosives, was found at four locations in north London, sites raided by the Metropolitan Police in September 2015. Other caches planted by Hezbollah cells were discovered in Cyprus, Thailand and as-yet unnamed European countries, according to reports."

Maybe the fires seen burning in Cyprus was another three ton cache of ammonium nitrate burning up from a preemptive strike.

It's not cooling off this time

posted on Jun, 30 2019 @ 11:15 PM
link
Kind of lower tech explosive. Its fertilizer, but very explosive. You can buy it at the store to fertilize your plants or lawn. Fairly easy to aquire

posted on Jul, 1 2019 @ 12:50 AM
link
Hmmm odd. Lucky it wasn't the Greek owned southern half (with British Army/RAF Bases @Akrotiri) then it would have "been on". However, the North is controlled by Turkish troops......Any connection there?

Just been checking out the available footage, main theory so far is it's a Syrian anti-aircraft missile, however judging by the trail of flames, that doesn't fit imo, and the debris looks more like the remains of an aircraft (possibly struck).

And a reminder, it it's Israeli, they'll never admit it publicly

Also the UK has a large military presence within Cyprus and has a good number of fighter jets based there that have hit targets in Syria. Whatever was coming into the airspace the UK military will have a ID on it or at least would have it tracked.

Also since it hit northern Cyprus that is a location linked to Turkey as Cyprus is split politically in two.


Not sure it means anything but my 2 pesos worth..


Israel has twice in the past used Arrow ABM to intercept errant Syrian S-200 fired at IAF jets. This time it was in Cyprus direction

It's a missile. It's too small for an aircraft, and a combat aircraft wouldn't be painted white. 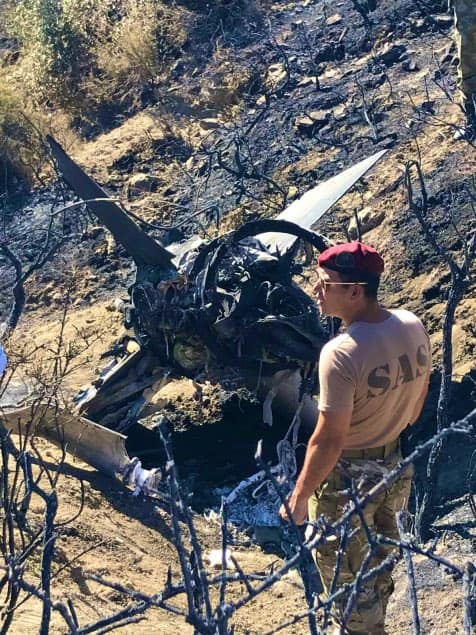 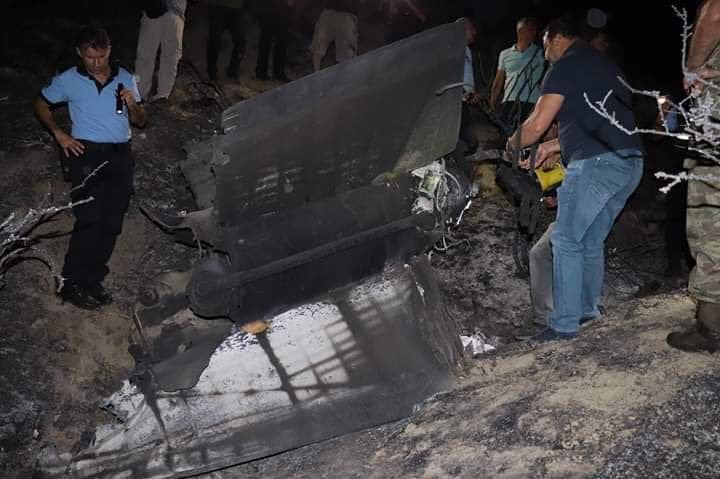 The only way that's an aircraft is if a dwarf was flying it. The F-16 is one of the smallest manned aircraft flying in military service, and its aft fuselage is double the diameter of that. No UAV that I can think of off the top of my head uses that configuration so it would have to be manned.
edit on 7/1/2019 by Zaphod58 because: (no reason given)

So if an S-200 doesn't have a lock on it just keeps flying until it runs out of fuel? An explanation on the mechanics would be good

The S-200 was designed to use semi active radar guidance, with either a proximity fuse, or command detonation. For defense against waves of bombers, it could reportedly carry a command detonated 25 kt nuclear warhead.

It uses its own radar system as patt of the launcher, but can be tied in to other radar systems for guidance. It's launched using four boosters that then drop away, using its own motor to continue. If radar lock is lost, it will continue flying until either another target is found by its onboard radar, or it runs out of fuel and crashes.

From what I gather the range fits with the s-200.

I haven't seen anything about the 200 self destructing when it runs out of fuel so it probably crashed after running out of fuel and exploded on impact.

The Syrians seem to have a "fire everything" philosophy in response to attacks. They might have seen what they thought was a target in the direction of Cyprus and fired at it. After the missile didn't have a target it just kept going until it ran out of fuel.

The reports I read stated their was no impact crater and the debris was scattered over a relatively large area.

I guess it could've been shot down? I can't imagine why such information would be withheld though. Unless something was used that isn't public knowledge.


"It is thought that the explosion occurred before impact, as no pits were opened on the ground. Parts falling at several different points confirm that the missile exploded in the air before it hit," Özersay wrote on Facebook.

It probably self detonated. Some missiles will detonate if they lose lock, or when they run out of fuel.