Humanity May Have Just 760 Years Left


There is a 50% chance that is true, which at the current global birthrate (about 131 million a year) translates to a 50% chance that we have at most 760 more years of births. A changing birthrate would modify that estimate, but the calculation is that simple.
Most of us are too absorbed in our own lives to think much about the centuries to come. When we do, our imaginations often default to the future we’ve seen in the movies: We are destined to build cities on Mars, invent warp drive and live forever among the stars. The doomsday math offers a dissent: Don’t bet on it. Dr. Gott has put the chance that humans will one day settle throughout our galaxy’s star systems at 1 in a billion.

So we're overpopulating Earth without caring about centuries to come. And or, with the assumption that when humans run out of room/resources, we'll have Mars and the stars to move to. (Yet we can't even set a foot on the moon.)

Quantity vs quality does some up most attributes that pertain to humanity, currently . For instance, food. There's more overweight humans than starving ones, meaning people are mostly, well.. 'eaters'; more overeat than those that undereat! Likewise, there's more utterly unreasonable reliance of the masses on artificial vices - ie, electricity, city water, groceries, medications - than ever before in whether just a decade ago or centuries ago, ever! Meaning just shut those down and as some say, 95% population dies off within a year or so! So much for the Rockefeller's 'Resilient' cities model! 0_o

Who are we kidding? Apparently it's a 50/50 chance that humanity will or won't still be around in just three quarters of a single millenium!


So how to increase odds of Human race's survival?

Seems to me they are confusing possibility with probability

Probability: Low that it will be because of this

Yep, a load of BS 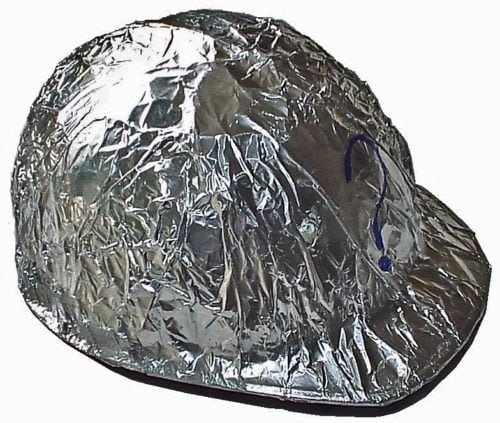 Its the ultimate vision, to establish human life on another planet, will we get close in the next 100 years, we got to find a new way to fuel any space travel, we gotta understand how to grow food in a hostile enviroment, we got to learn to live and thrive in a hostile enviroment then we need some people who are brave to take that (maybe 1 way) journey, and thats just for local missions within the solar system, if we need to go interstellar, we could be waiting a long time, unfortunately

Over population is the problem no one want to touch, because its taboo and you will get bad rep.
So everybody just close their eyes and put on a smile..

There will be war and hunger... things will balance itself out, it wont be pretty.
Those living underground behind big doors will be the ones to survive this

What we really should do is to find a way not to rely on fuel to travel, food to sustain us, etc. We need to get to a higher plane of existence. The one where we don't have a physical form and can travel the universe with our minds.

Ah, never mind. Think I'll just go and have a beer and a burger.

posted on Jun, 30 2019 @ 03:48 PM
link
More to the point, we're overpopulating the earth without even caring about the people who are already here. There are millions of people who lead useless, miserable lives filled with suffering while millions of morons are busy making more of tomorrow's unhappy people on purpose. The whole thing just makes me sick.

Paint some flames on the side and you can boost that up another 10% easy.

What the hell are you talking about? I don't even see how this relates to what I said. At all.
edit on 1-7-2019 by BrianFlanders because: (no reason given)

posted on Jul, 1 2019 @ 03:13 PM
link
That estimate seems about right, but it's not about overpopulation. In fact, overpopulation is probably low on the list. We're doomed for a whole bunch of other reasons and if humanity in its current form lasts another 1,000 years it will be very fortunate (since there are things that will likely kill us we have no control over). Anyway, we're doomed when:

1. AI gets good enough that you can't prove it's not sentient
2. Fiddling with our own genetics will split us into designer species and ruin our ability to reproduce
3. The asteroid / comet hits
4. A supervirus wipes out a big percentage of humanity
5. A combination of any / all of the above.
6. Some unknown horror.

We've been lucky so far, but now that we know a lot more about what could happen to us, we have a much better idea about when it will happen to us. Which is relatively soon.

Oh, well. We had a good run. Except for maybe Bigfoot, we can take a little bit of pride at being the last humans standing out of all our other homo sapiens cousins.

Nonsense, we only have 98 years left unless we move to another planet.

Stephen Hawking: Humanity Only Has 100 Years Left on Earth Before Doomsday
He thinks climate change, asteroid strikes, epidemics, and overpopulation will be our downfall.


This isn’t the first time Hawking has given a doomsday prediction. In recent years, he’s warned about how super artificial intelligence (AI) would end humankind and how contacting extraterrestrial life would go bonkers for humanity. Then in November of last year, he said we have 1,000 years to leave Earth. Now, he’s cut it down to 100 — leaving us to wonder just how bad the past six months have been. They’d arguably have to have been pretty bad for Hawking to drastically cut our time on Earth by 900 years in one fell swoop.

Nature has a way of dealing with overpopulation. It's only a matter of when a pandemic will thin our herds, not whether or not it will happen. The most populated countries will fare the worst, as they simply do not have the resources to deal with the next pandemic.

Every day is a shake of the dice and at any moment a super-volcano could erupt or an asteroid could hit. At any moment a world war could break out.

What these doomsday scenario's seem to have in common is an assumption we will not change or make progress in the future. Question is, will we survive long enough to overcome our problems before they take us out.