I'm still trying to wake up. 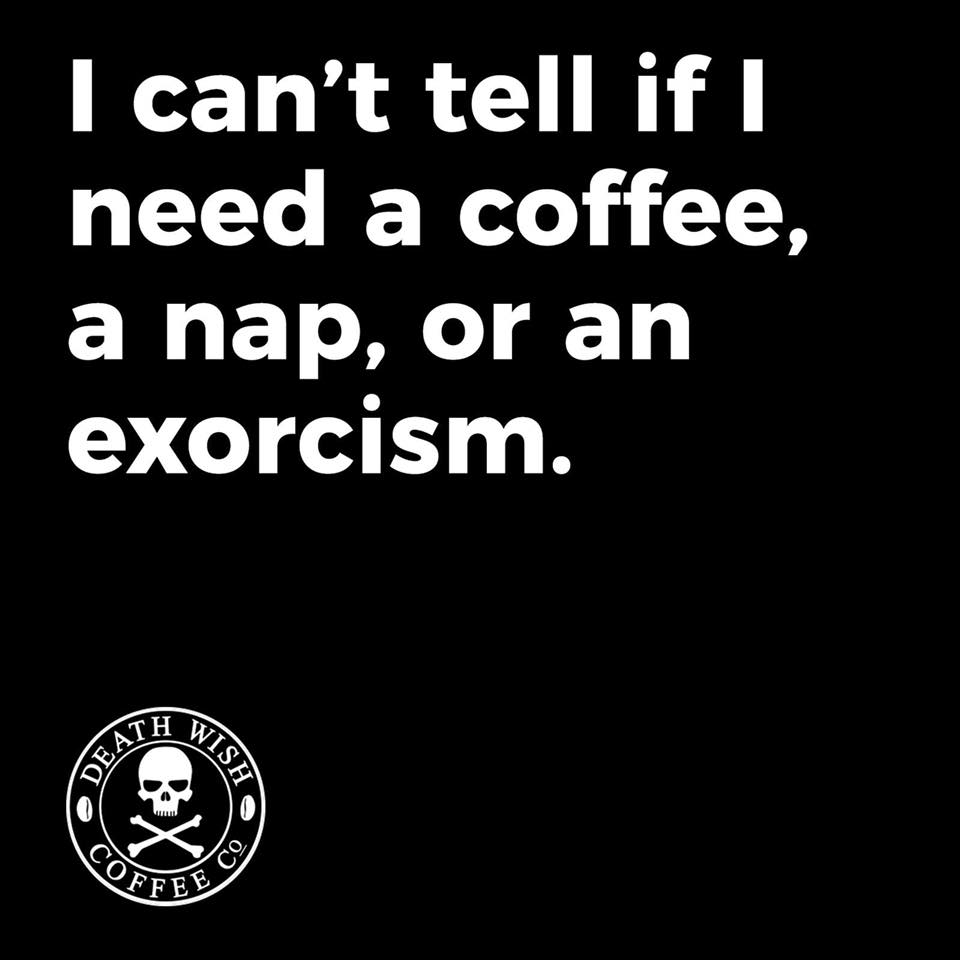 I fasted for two days. I just need to do it sometimes. Coffee and water was allowed, but coffee in moderation. Then i made Italian stew. Short spaghetti, minced meat, onions, garlic, peas, corn, bell pepper, crushed tomatoes, tomato paste, taco seasoning mix. I ate three big soup bowls of it, each one covered with a thick layer of mozzarella cheese. Then i had to rest for 1.5 hours, then 2 mugs of black coffee. Now i have been all around ATS. Shed, Survival things, religion, space ship launches. Everything. Calm music playing and calm feeling.

What if you try to take all of those in the picture? first a nap, then some coffee, and then the exorcism

Sounds like a good day to me, bit of a detox, that stew sounds nice too Fin and topping it off with some chilled music, nice touch

Ive got a wee bit of a sick kitty today, hes suffering from diarrhea - not the most pleasant to clear up.
Seems to be much better now as the day has went on, just keeping an eye on him. He's started this thing of sitting on my shoulder for some reason (hope he does not let rip)

Had no choice but to change his food temporarily with the local shop running out of his usual type, my bad.

Hi Fin!
Wow, fasting for 2 days?
I would be cranky as hell if I tried that. Your stew sounds delicious, I would try that.

I did have the coffee and then a long nap. I haven't tried the exorcism yet though.

Oh no, a sick Kitty!
Hope he continues to feel better. Do keep us posted on that. Do you have any pics of your cat? What's his name?

My cat is a male and I call him Kya. Such a love bug!

**Fin, you introduced me to this song once and I just love it!**

Why would you want a sandwich guarding your house ?

Haha! Why not? We are in a magical land where anything can happen.

I have got her busy making sandwiches !

Good thing you mentioned that, i had nearly forgotten that song and needed it myself now. I have been cleaning up my apartment, slow pace but getting things done. Lunchtime now. Yesterday's Italian stew from the fridge. My microwave oven refused to warm up anything in the spring and i have been warming foods in a frying pan. Not really an eco-friendly or electric bill -friendly way to do it, but gets the job done.


Wow, cool vid. Never did I think that vids like this would come out of NK.

Thanks x for posting this. It has changed my regard for NK.

My microwave only works on pre-set settings. Been needing a new one.

I had forgotten about that song too and when I was looking for my saved music on youtube, there it was.
You've introduced me to some great bands!

How's your weather over there?

originally posted by: Night Star
a reply to: Finspiracy
How's your weather over there?

Most Finns are upset because the summer is now gone, but you asked me and i will reply that the weather here is perfect. Yesterday was around 53 F temp. Some clouds but no rain. Almost no wind. Same thing today. During these two days, i have walked about 12 miles, i just checked from google maps. I had to go to places and get things done. Bus would have been an option but it would have been complicated, due to my destinations. I just wanted to enjoy the weather and get some exercise.


All is well. I think I posted this pic before, Wal's effort to help us move on. 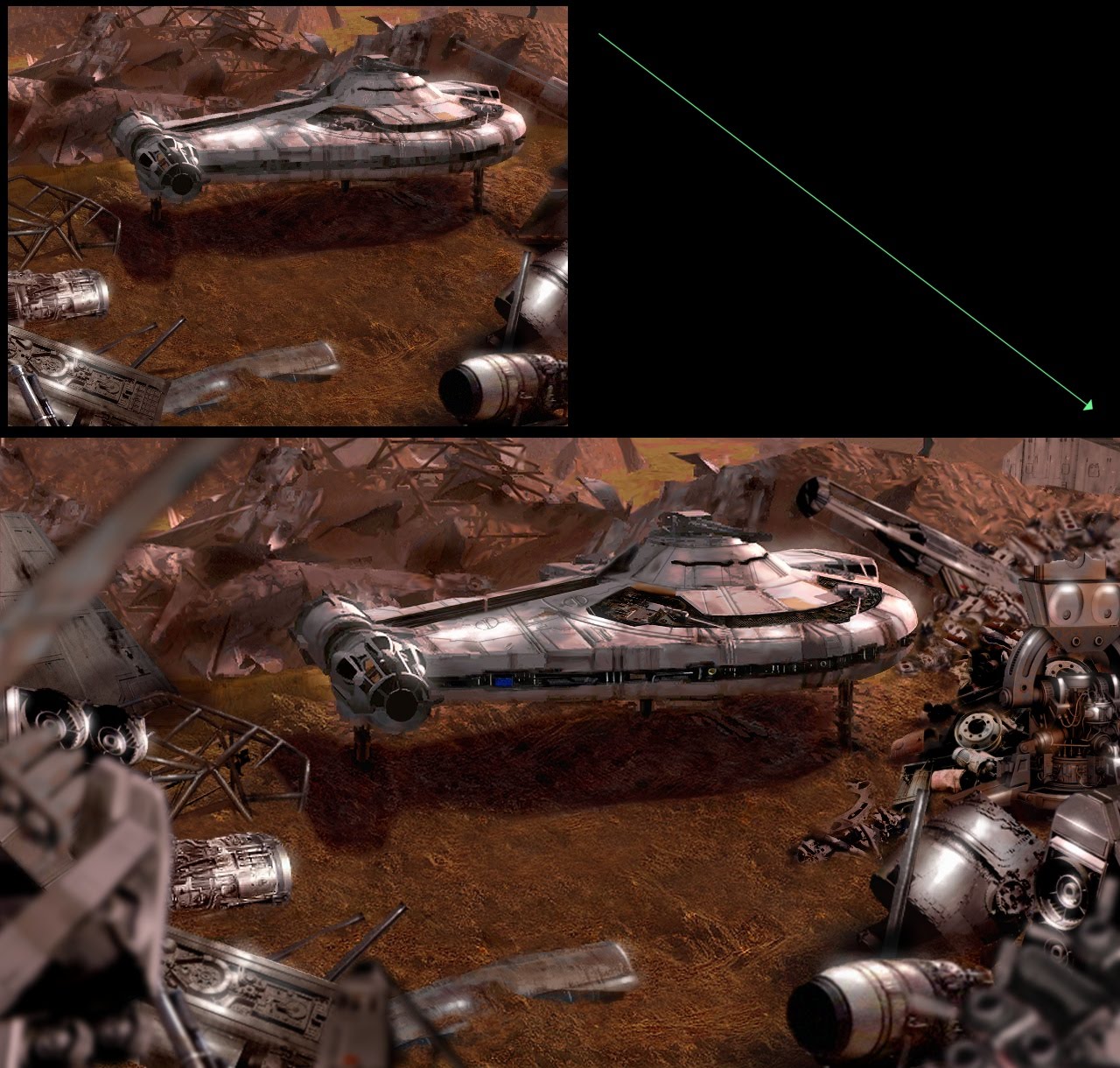 It's a matter learning to pilot the thing and Wal said something about inputting 'coordinates?'. Which is a 4 syllable word. (bit beyond me) Clifford is not to keen to go soon, wants to wait to harvest the next crop of mushrooms and the flamin faerie just sits about whining about getting back to where ever he came from.

I'd made myself quite comfortable here with my own little room and cot however Wal insists going Earth bound and I'm with him on that. Checked the interior of his 'effort' Quite cozy. Plenty of room. It's bigger than the pic depicts. (Pic depicts?)

The 'drive' (workings) is good and Wal has just installed the control column (without a Chevy gear shift). This troubled him for a while. I asked him where the 'dunny' (toilet) was and he showed me an alcove up at the rear of the effort. I was just making sure because on all science fiction movies and shows you never see a dunny depicted or anyone excusing themselves to go. Like, "Yeah, sorry Darth, just gotta go to the dunny. Back soon. Hold off destroying the planet. Can I borrow your light sabre catalog for a bit of reading?".

The crew quarters are small but come with a smokers dome next to the bar. Least ways the bar impressed Clifford and he's already stocked it with remnants of the grog shop sent through the portal.

Now I know why Wal sat outside for lengthy times looking in awe at Jupiter. In his head he has worked out that the alcohol, mushy fuel mixture will get us aloft and direct us to Jupiter where upon we'll pass close by and this will initiate a gravity slingshot back towards the sun where he hopes to pick up Earth. "Bit of a ride" he reckons. To speed up the process for the return journey he salvaged what he has described as a 'gravity resonator' from some junked craft. "Yeah, roight, what does that do Wal?" Apparently you point it to the point of where you want to travel, in this case the sun, then switch it off when you reach an optimum speed. Turn the 'effort' (ship) into reverse, switch it back on aiming at another source of gravity to slow down. I trust him, but the sun? The flamin sun??? He reckons "all's cool". Noice reply.

So, at this point there we are. Wal says we''ll be ready to leave after the next orbit when we'll be closest to Jupiter. That's not too far away. Sorry about the lengthy reply but that's where we're at. Personally, I'd like to see that mirror appear here to step through and go back to the old shed.

Hahaha, you crack me up!

Ship is looking great, that Wally is brilliant!

The mirrors are tricky, but I have a feeling one will show up when you guys need it the most.