It is a peaceful evening. Just saw the temps for around here and I'm grateful and happy to be inside all cool and comfy. I wrote 'al' instead of 'all' at first. People would be wondering who Al was. Or not. Don't mind me. I'll just step into the atrium here at the Shed and settle in for the evening. Oh yeah, I haven't had dinner yet. Damn, I have to cook.
edit on 30-7-2019 by Night Star because: It's a mystery.

I'll just step into the atrium here at the Shed and settle in for the evening.

We have an atrium? I never seize to be amazed of all the wonderful places we have here.
I will join you.
Having had a few complicated days I managed to write a little "ditty" , which was relaxing, but otherwise it gets stressful relating to others in general. Sorry
The wonderous brood of kittens are now thirty days old, very active and in need of proper stimulation, which occupies much of my "non work" time.
The "Old Crew" in the house are not happy with the arrangement so every time I "release" the "Cat Family" I have to seperate the others.
But fate put this in my hands and I am hopeing "Fate" will help me.

I've been as green as Kermit the Frog with some sort of on again off again stomach issues. Add that on top of sinus/ear ache issues just to make things more complicated for trying to be here (on Earth) each day with heart troubles ranging from high blood pressure, heart racing, afib, and more.

Chances are 200% that my doctor will want me in the hospital ASAP once I see her towards the end of next week.

I spent my last hospital stay due to heart issues just after Hurricane Harvey had passed over. There are two tropical systems brewing that may be a repeat of this. All I can do is wait.

The below movie had raised my spirits a tiny bit after watching it this afternoon. It has a few connections to my life that I can relate to.

My plan was to take a shower this evening as it was much needed and smelling better is always a good thing, right?

Those plans had to be modified thanks to another issue. That of my ankle giving out on me just before getting in the shower. Had to switch to a sink bath to prevent falling.

Oh, I also had a minor seizure earlier today. These take away most of the wind behind my sails.

Despite this (with the help of some coffee) I am able to function enough to share these thoughts with you.

As my brain has not been here 100% of the time since my wife's death and I feel I'm losing more of it each week, my memories of things past are not as I expected.

Sometime in the past 5 years I've Google Mapped a house (meaning mobile home) that I bought a couple of years into my first marriage. Looking at Google I see the whole area had been converted into housing subdivisions and the area, like so much around here, had been built up with too many shops and such.

When I lived there the place flooded every time we got a shower so I could see that they would move out the homes, build up the land, improve drainage (in theory), and build, build, build on top of it. So that was that.

As I have no life, one day this week I decided to Google the area just for the heck of it to refresh my mind as to what is there now. Well, I was in for a shock when I discovered that it was just like how I left it 30 some years ago. The homes were the same, including mine for the most part, just older. The small trees that I was so proud of planting at my home were still there just 30 some years older and bigger.

So this was my Twilight Zone/Mandela Effect anxiety attack as I thought, like just about every thing else in my life, that it was gone and changed.

Blue, you can do this. 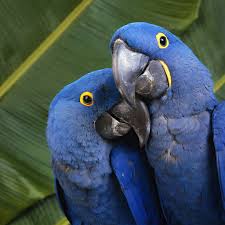 We are here for you, as we have been all these years. Just hang on.
Can you be a "Sloth" for a moment? Slow down every move. Go slow, contemplate. They are amazing creatures.
I now you feel like life has come to a halt, but challenge it, slow it down even more.
Gotta snooze.

Glad you're joining me in the atrium! Bright and cheery during the day and magical at night. I strung tiny white lights through some of the trees and plants. I added wicker furniture with beautiful and comfy cushions on the chairs, love seats and couches. There is also glass top tables and a mini library. I'm thinking of putting a small bar in there. So what shall it be tonight? Whisky, rum, wine?
Tomorrow I will put in an aviary. The little birds will have plenty of room to fly around in.

Glad you are caring for the kitties and giving them proper cat time. The others might get used to them after a while.

Oh I wanted to see that movie! I bet it was great!

Love your Mandela affect experience! I've had a few myself. Most people scoff at such things, but I don't care. Many people have strange experiences of things changing.

Don't give up Blue! If they put you in the hospital, you will be looked after and they will do what is best for you. Then, you can come home and take it easy and spend time with us. Hugs!

Every day that I wake up to experience another day, I am grateful. 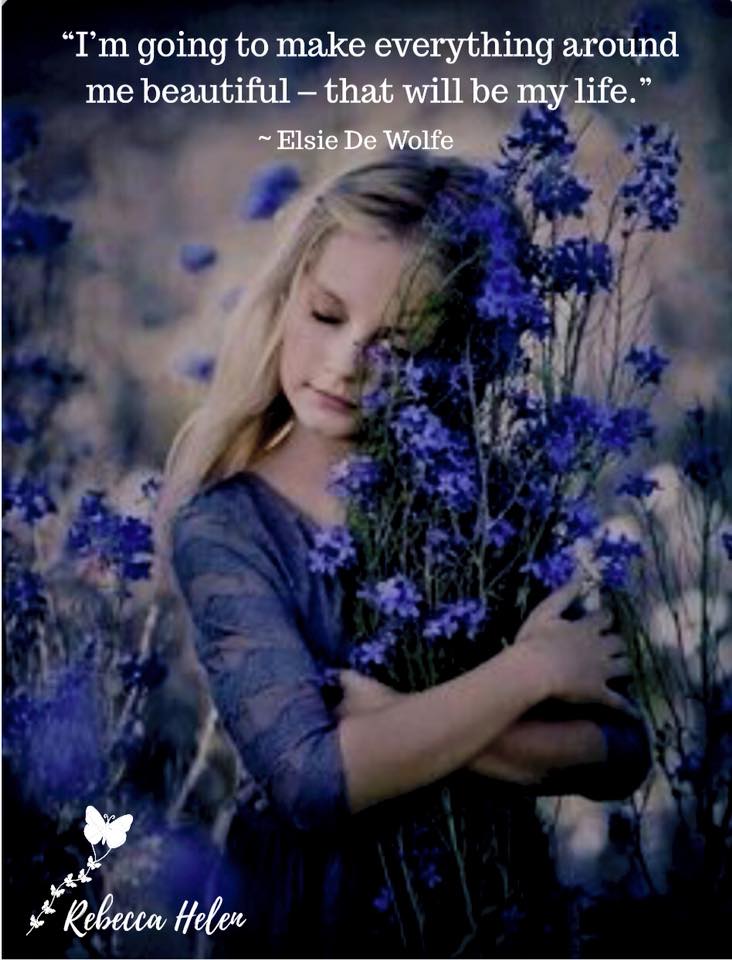 originally posted by: Night Star
I love my moisturizer, it smells like flowers. Lol

It is a peaceful evening. Just saw the temps for around here and I'm grateful and happy to be inside all cool and comfy. I wrote 'al' instead of 'all' at first. People would be wondering who Al was. Or not. Don't mind me. I'll just step into the atrium here at the Shed and settle in for the evening. Oh yeah, I haven't had dinner yet. Damn, I have to cook.

I can tell you who Al is. If you're interested of course. Very close friend of mine. Actually lives next door. A fine man.

Gosh it was good. I will sleep well.

posted on Jul, 31 2019 @ 01:06 PM
link
Good day my lovelies!
Brutally hot outside today. I'll just stay by the Shedland ocean and hang out with the mermaids. 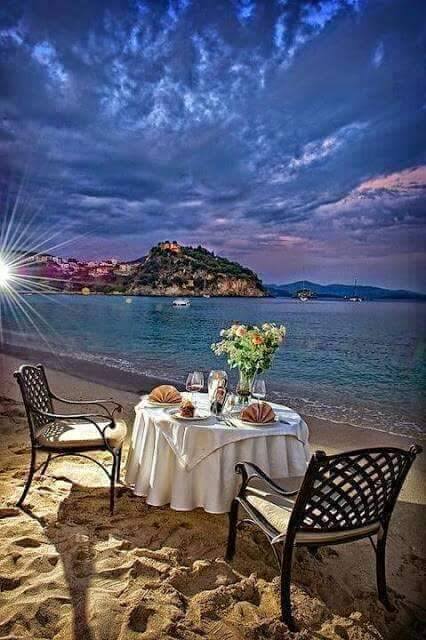 
I will say hello to Al for you. We cut wood yesterday. He is the current champion of camp fire cooking around our ways. Our district annual camp oven festival is coming up and Al and I supply the better wood for the contestants. It's a weekend event where Al and I work at the Nymboida Camping and Canoe Centre. "The Clarence Valley Camp Oven Festival" at Nymboida New South Wales where we live. Competitions, music, barn style dancing, displays, stalls, food of course. (bit of a plug for it just there).

Well, "True Love" brought home a large Angus Beef pie and a large Apple Pie. She oven cooked both. The beef pie was topped with mashed potatoes and sprinkled with a cheese topping. I ate half. The apple pie was simply topped with creme (hot!!!). Nice dinner washed down with a Cougar bourbon and a port chaser. I slept well last night. Up with the chooks this morning.

My alter ego on Jupiter's moon is doing fine. Wally and Clifford have been very industrious. Wally using his skills as a 'bush mechanic' and Clifford out finding bits of metal and parts for Wal's project that he's building. Looking like a bit of a train wreck at the moment. I've been relegated the duties of providing 100 types of Mushroom dishes and drinks. The shroom brew is doing well with the odd bottle popping it's cap. Need more beer through the mirror. The view when I woke up. 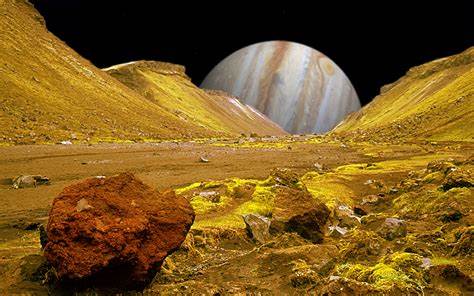 My kind regards as always,

Your meal sounds delicious Bally! I wonder if your beef pie is like our Shepards pie. In the States we use ground beef, onions, mashed potatoes and either corn or peas. I always use the corn and add cheese on top. Haven't made it in a while. Hmmm, maybe next week.

It's nice that you and Al supply the better wood for the festival. Sounds like a fun event.

Cool view you got there on Jupiter's moon! I just sent a few Shed denizens to carry up some cases of beer to send through the mirror for you. I hope they get to you. If not, some aliens will be getting drunk.

I'm getting good at being a sloth as anything else is too much for me. Let's see what next week holds for me with the doctor appointment.

Enjoyed your story about dear Mrs. Green as I've encountered a few "Mrs. Greens" in my time.

I just sent a few Shed denizens to carry up some cases of beer to send through the mirror for you. I hope they get to you..


Good idea, Night.
Not sure of Bally's preference so I had a whole store sent, it should be there soon. 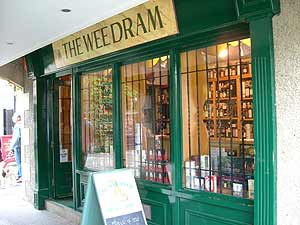 It will be stocked as usual on weekly intervals.
I wonder if he can send things back through the portal so we could share?

Please do watch "The Upside" or the original French movie it is based off of "The Intouchables". BTW I feared that the catheter scene would be it's downfall but it turned out just fine.

After I finish here I'm planning on sending you a PM relating to the Mandela Effect story.

More to add in a few minutes here too so thanks for the hugs and support.

As he is brain damaged he doesn't understand that I've already had my last Social Security hearing, was denied, and waiting till who knows when for the results of the appeal. This means that nothing that has occurred in my life since the last hearing will have any effect on the outcome of the appeal.

There is one bright side to all of this. The main reason I am finally seeing the doctor is to get a medical exemption form filled out to take to Workforce Solutions (the pc name of what used to be the unemployment office). I have to show them that I cannot work due to my physical limitations or lose my SNAP benefits.

I plan on writing the doctor a note and attaching it to the medical exemption form to explain to her why the hell dad is there.


I'm getting good at being a sloth as anything else is too much for me.


Sloths are very deliberate beings, only utilizing the minimum amount of energy required for a task. 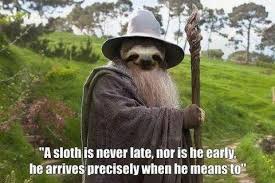 Let's see what next week holds for me with the doctor appointment.

I hope every thing goes magically well and you get there with out incident. Meaning no ankle sprains, rammed cars, run stop signs or comets falling from the sky. :roll;

Thank you feel free to visit the thread.

Looking forward to the meat pies. You do have some extras to bring to the Shed don't you?