Good Day Sheddites! I guess I have to get dressed and have more coffee now.

originally posted by: Skid Mark
I just had a doctor appointment for a after-surgery checkup on my back. I get to return to work Monday.

I am delighted to read this!

I am going to invite you to ROCK with me for a while.

I have plenty of food, beer and tobacco. You can use them freely!

Your thoughts about an old friend. I have one who coincidentally telephoned me from the community of Yuendumu in the Tanami desert where me and 'true love spent a couple of years. Hadn't heard or seen him (apart from on the news) for over seven years. A lovely man of good even temperament, solid heart and a brother to me.

We lost contact when I moved from the Northern Territory to where I am now in New South Wales. I tried many times to resume contact. Well, out of the blue he rang and we laughed a almost cried about our times and adventures in the heart of Australia. He is living back at Yuendumu and I hope I can get him on a plane to come and visit us as he is part of our family. Some pics of him. 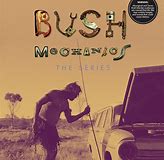 That's him with a spear poking the tyre of a car that I, in the 1st episode of the series, small couple of seconds role, handed over to the 'bush mechanics.' The car is in Melbourne now as a musuem piece. He produced and was the inspiration for the 'hit' series. 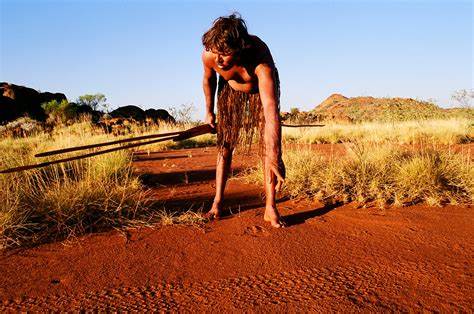 Another pic of Francis Jabarula Kelly from Episode 1. 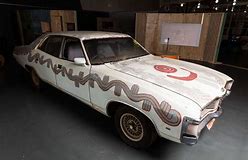 That is one of the cars I tested and drove and registered for 'on road' from the last episode in the series.

I had short cameos in 2 episodes and was pleased to have my name in the credits. My 15 minutes of fame so to speak. Part of Australian Aboriginal history. He was a fantastic tracker and hunter. He helped me tracking when we searched for evidence of 'Bradley Murdoch' in the Tanami desert, later convicted for the murder of 'Peter Falconio'. A significant murder case in the Northern Territory. Many old stories of those desert bush days. Funny too.

Francis went on to direct and help produce small movies and other small news worthy events. "The Conniston Massacre" comes to mind.

That said, me 'True Love' and the 'tin lids' (kids) all love him and think of him as a legend.

There you go mate. I'm not lurking anymore.

originally posted by: Finspiracy
a reply to: bally001


hahaha, it's not all beer and Bar Be Ques mate for me. Presently I'm dieting but sure, at xmas time, I'll be back into it.

"Those People" lol. reminds me of a line from the movie 'Tropic Thunder'. Funny as.

Hello Sheye! I have been thinking about sharing this with you for a while and now i am going to do it.

There is a Finnish TV show, translated "Only life" Our front level musicians make their own interpretations of other's songs. Here is Ellinoora with "Praying". I really like the voice of this woman

originally posted by: Skid Mark
a reply to: bally001


I see. Are those restrictions supposed to go away at some point, when some time has passed?

I want to show respect towards Denmark. Due to a band called Volbeat. I fell in love with that band a couple of months ago. If by any chance, any danish person is reading this post, then tap yourself on your own shoulder and say that it is from me with Finspiracy with gratitude

I think so. I have another follow-up appointment in a month and they'll do more x-rays. I think I'll find out if they're gone then.

Absolutely beautiful Finn 👍🏼
Thank you for thinking of me.

posted on Nov, 1 2019 @ 07:59 PM
link
Absolutely loving the fact that summer is gone. A very nice and refreshing +2 celsius today outside! I would transfer that to fahrenheit for you but i always mess up convertions. It is totally dark here in my bedroom, only light comes from this laptop computer! Boom!

Take it easy when you go back to work Skiddy. Glad you are healing up quickly! So...will you be doing any pow wow dances in the future? Yeah, I love that stuff!

Always love rocking out with you Fin! Oh another new band I never heard of. Cool!

Sorry your old friend didn't show up. Maybe the headache pixie visited him too.