posted on Oct, 15 2019 @ 03:20 PM
link
Good Day People of the Shedlands!
Kind of stressed over Mark's health and I have a Doctor's appointment next week. So...I've been looking at artwork, listening to music and finding some magic in my day. 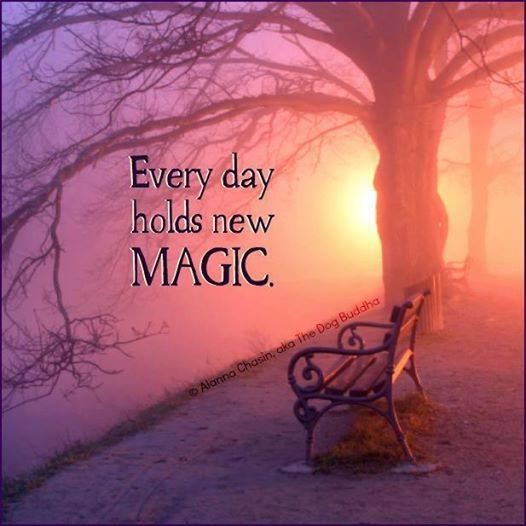 originally posted by: Night Star
Good Day People of the Shedlands!
Kind of stressed over Mark's health and I have a Doctor's appointment next week. So...I've been looking at artwork, listening to music and finding some magic in my day.

Came across this recently (when it comes to some music).
I do not know if you have seen or heard the story of Anthony Hopkins the actor - he apparently began as a musician but did not believe in himself and turned to acting instead... quite an uplifting story, considering he became one of the greatest cannibals in the world! - sorry I meant one of the greatest actors


I like your video a lot better than the one I posted! Sounds so much better!!

Life is so strange is it not at times with coincidences and reminders?

You mentioned that your father loved Andre Rieu, id love to meet him one day too (I went on a dig after the Hopkin's story) the man has an awesome talent!

My own Father loves Beethoven. When I was younger after being really unwell with the mumps. My parents were told I had hearing damage and would be deaf in adulthood. (I can still hear but classed as profoundly deaf now - yet still beating the doctors prognosis - so do not put too much faith in any doctors prognosis in my opinion).
Back then, the old man, cut out a section of the wall in the family home and filled it in with plaster. Put a light underneath some frosted glass that he cut himself. He told me that anytime I felt I could not do anything in life, just to have a look at this guy and ignore what anyone else claims or says.

I only recently started speaking with him again a few months back after my mothers passing a few years back and he reminded me of it.
Problem is, I used to just sit and yawn at listening to the explanations of who this was, until I was a bit older and read up on it all - back then I couldnt hear much of it when it came to what he was saying haha. Now my old man is half deaf too and gets frustrated at not being able to hear much, im the one that helps him now with learning to cope!? So Bizarre.

Isn't life so weird in that way, you forget things, get angry at things that happen, sometimes silly things we do, get frustrated and sometimes even lose ourselves. Only to journey back full circle, to unconditional love that you cannot believe you forgot in a sense

It can only be a good thing

Sorry if I kinda veered of track a little there. Been looking back on a lot of things lately and trying to grow for it
edit on 15-10-2019 by XXXN3O because: (no reason given)

My Father loved classical as well as other genres of music.

I too have been looking back at a lot of things. Synchronicities here tonight eh?

Your Dad sounds like a wonderful man and I am glad that you recently started speaking to him again. Treasure the moments you have while you still have them.

From time to time, I love surprising a family member or friend with a little gift of some kind. Not because it's a birthday or holiday, but on some random day because I love to see their eyes light up when they get something completely unexpected. A little extra love just because. Life is too short and we must make the best of our days, smile more, reach out to others, touch the hearts of others as they have touched ours.

eeew that is disgusting ... sorry.. can’t agree with the ‘cute’ judgement

there are some weird things on this planet...

LOL! Hiya DOE! How have you been?

I had a couple job interviews this week that went poorly. I am looking at them as "practice interviews" and taking a break from job hunting today. I have an extremely hard time feigning enthusiasm at job interviews...I basically cannot do it. So they are understandably awkward interactions for everyone involved. Gives me something funny to write about, though.
edit on 10/16/2019 by DictionaryOfExcuses because: (no reason given)

Awwww, the new baby, so sweet! When I saw 'MilkPig' I thought it was some strange new breed of pig. LOL

It will probably serve you well to at least feign a bit of enthusiasm in your job interviews. Hope you find one that you like DOE.

Thank you for bringing my attention to this wonderous being.
How varied we are in our path together.

Quote from Wiki "The desert rain frog, web-footed rain frog, or Boulenger's short-headed frog (Breviceps macrops) is a species of frog in the family Brevicipitidae. It is found in Namibia and South Africa.[1][2][3] Its natural habitat is the narrow strip of sandy shores between the sea and the sand dunes. It is threatened by habitat loss."

I find it beautiful because I can not comprehend it, so many questions to ask.

Only thing I know about Namibia is that it is one of the few, if not the only, German colony. It's large and mainly empty. Not many people live there either. The frog has a certain charm. Odd-looking can be cute. That's what I keep telling myself.

A brownie covered in chocolate.

Did I mention brownies...?

posted on Oct, 16 2019 @ 07:21 PM
link
Undergoing tremendous back pain this morning only to be corrected by one of mom's pain pills meaning I'm 100% not here in reality today and not feeling the pain anymore. Let's see what my doctor visit tomorrow does to help.

I just saw a dream that felt really good.

So i made that, a LOT. And watched them munch big time, and felt really good about myself. Then i woke up, and thought man... new day. I think i will stay in bed. But a desire for coffee made me get up quite fast.

Hyvaa huomenta Fin! What a lovely dream of helping people in need.

You share my passion for the wondrous living creatures of the earth.
That frog is so damned cute.

It is raining like hell and we have high wind warnings where trees could come down or we could lose power.

Mark is heading for dialysis soon. He is going to the hospital for further evaluation of his kidneys and heart tomorrow.
Prayers from everyone or positive vibes or whatever would be appreciated from all. He has a very positive outlook and is feeling fine today.
edit on 16-10-2019 by Night Star because: (no reason given)