Ron Schmidt, a.k.a. Zorgon, has passed.

I searched and didn't see anything, so here is my first post. Unfortunately it's a sad one. When I first came to ATS in the sea of lurkers and for a good while after, there was a robust group of wonderful people who did fabulous research and made great threads on all of the topics that grab the attention of my wide-ranging mind. A lot of those folks are still around here.

One of the most prominent was the notorious zorgon, who did great work in UFOs and space and HAARP and tons of other stuff. Read every word. Then I learned he was known off-forum as Ron Schmidt. After a while he was no longer amongst the great folks of ATS. 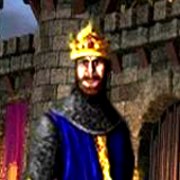 But I found him on facebook and we were friends there, so any discomfort due to being without was alleviated. He didn't post research there, though. There wasn't much going on at his site The Living Moon, so I figured he was just sort of retired.

The other day I saw a post from him but it was from his daughter... and it was not good news.

My brother, Ronald Schmidt passed away suddenly in his home on June 20th . He leaves behind a son and daughter. He shared his home with his daughter Katherine Raquel Schmidt in Las Vegas Nevada.

I have created this campaign to help his daughter, who finds herself in a difficult situation. Although it was my brothers intent to leave his home and his worldly possessions to his daughter, he had not yet made out his will. All GoFundMe donations will go directly to his daughter for help with funeral, lawyer, some outstanding medical bills for his hospital stay just prior to his passing and other end of life cost she will incur. And to help alleviate some of the financial pressure that will be upon her and her family in the next few months while she gets things sorted out.

My brother suffered from an ulcerated leg condition which grew worse as he became older, so he was forced to leave work a number of years ago and take early retirement, thus there are no savings for the family to fall back on. His daughter helped care for him.

Ronald was well loved by his family and many friends, and will be remembered for his love of rock hounding and collecting, for his involvement and enthusiasm in the Standauffish Renaissance Guild (pictured above) and his dream for building a permanent site for the Guild and of course his unwavering fascination in all things “Alien.”

He was truly one of a kind and will be greatly missed .

He was and is an inspiration to me. He had more contacts than you could shake a stick at and was a fabulous researcher of many Fortean topics. A true ATS institution.

Please help his daughter and family out. They need our love, too.