I guess they look at this as the lesser of two evils when faced with the crime and drugs and poverty of the countries they are trying to get their precious children out of.
I am sure you did not choose to be born where you were born any more than these good people.


That is half of a good argument but at the end of the day, there will always be better parts of the country they reside in.

For example. Parts of my country are absolute crapholes. We can always relocate to a better part of the country.
edit on 2362019 by Wide-Eyes because: (no reason given)

Evil, crime, poverty and drugs are NOT valid reasons to seek asylum.

These invalid economic migrants seeking cash are financial invaders costing this country millions with their plans to scam our asylum process.

originally posted by: shawmanfromny
I think both congresswomen fail to realize (or could care less) on how a comment like that demoralizes the agents working for Border Patrol.


Based on other comments I am sure they do realize and it's an intended goal.

It's not about fear. It's about obeying the laws of the land.

I would love to get citizenship in the US but I will have to wait years, doing it legally.

Everyone does realize that the president who authorized the Japanese internment camps was a socialist democrat. 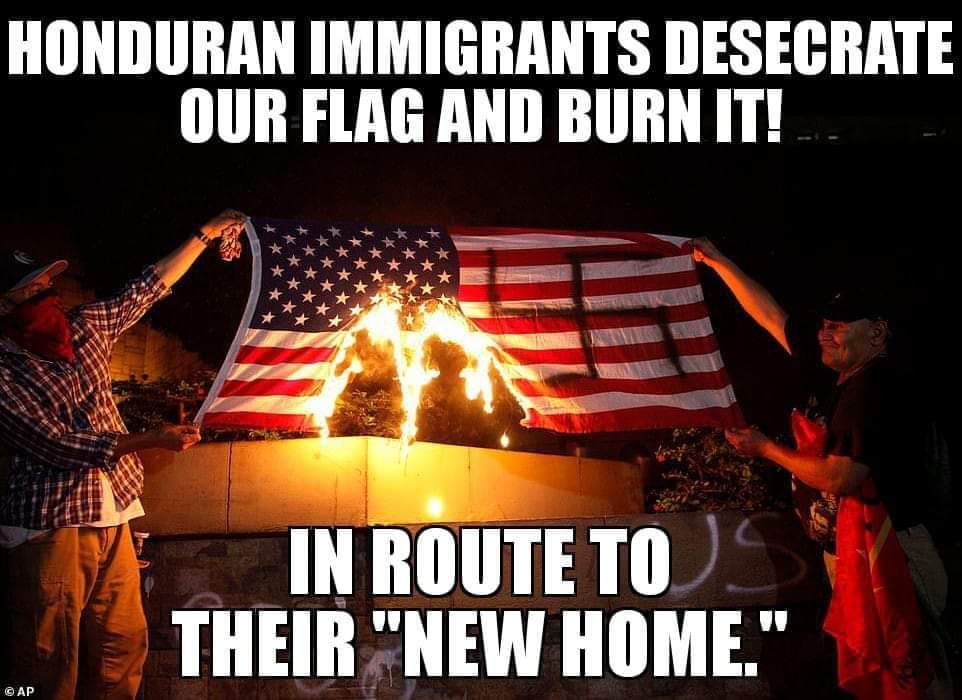 Waiting for Augustus to respond.

Or how about Camp Northstar? They'd have fun and chill with Tripper, the camp counselor.

The illegal immigrants are being used as pawns and have been for years. If our representatives wanted to fix this problem they could have years ago. But if they did that then they would have one less problem to run on.

The Dems are quick to point out problems but slow at solving them. I'm not saying the Reps are doing much better but at least Trump wants to fix it. But if it was fixed while he is in office it would be a win for him and the Dems can't have that and they don't care who they have to sacrifice along the way. So sick of the little kiddie games.

So who is thinking about the children...…...I wonder.

Were your parents seeking asylum from an unsafe country?

My grand father was. They were Armenians living in Turkey. Everyone who stayed behind was murdered. He came here through Ellis island, and they kept him there several days until they knew he was ok to allow in. I never heard him complain. We heard a few years or so later that everyone who did not get out was murdered. According to the US census, only 4 families with our last name made it here. I believe I heard the first step back in Turkey, was to disarm the Armenians, for their own safety, much like the left wants to do to the citizens here in the US. How quaint! We already know what comes after that from experience. Only the foolish fall for that one.

Have a nice day

Most any President, at that particular point in history, would have ordered the same thing.

The atmosphere, after the attack on Pearl Harbor, was, shall we say, vitriolic... Doesn't change the fact that it was wrong.

But Democrat, or Republican...the order would have been the same.

originally posted by: seagull
a reply to: Wide-Eyes

I imagine they were better off here then the Chinese women were in Japan, being passed from soldier to soldier for use as a sex slave, much like the Armenian women and children were in Turkey and Armenia, before they were murdered.

It's hilarious that you seemingly believe the people in that little picture of yours are immigrants. I'm keen to gain an understanding into the inner workings of the mind of a fool, tell me, what immigrants would draw a swastika onto a US flag before burning it, and then decide to try and gain entry into that country?

And the swastika/US thing, I totally understand why some people make the comparisons

originally posted by: Duderino
I think internment camps is a much better term, especially since we are now starting to re-use the internment camps used on the Japanese during the world war.

Check out Fort Sill in Oklahoma and the protests going on right now, as the government announced they will send 700 children to this internment camp that housed thousands of the Japanese during our last period of history we try to forget.

You say some of the most ignorant crap on this forum. You have a brain, use it for Christ sakes.

Keep that narrative alive eh? You can always house some of them at your place. If you’re not willing to do that, then you’re a hypocrite in my eyes and maybe should just
edit on 23-6-2019 by mtnshredder because: (no reason given)