The question is "are there 2 genders" there is no constrictors on the question confining me to humanity.

I am. All things may be said to be human, as existence requires perception.

Sex is the term for biology. There are two biological sexes - male and female. Of course, thanks to the sexual revolution and LGBT + Whatever Letters We're Adding This Week issues of orientation, most people see sex and think of the nasty - whom you're sleeping with and how.

So to get back to talking about simple matters of male/female, we started talking about gender to refer to male and female in polite society. Along comes trans ... and suddenly *those* terms have become or are becoming unmoored from biology and being used to refer to how one *feels* and *thinks* of one's self - do I *feel* male; do I *feel* female - with 57 possible gradations in between that, and given that we can now refer to it on a mental feeling spectrum instead of moored in out biological reality, it can shift from day to day as we feel like it.

So sometimes gender refers to biology and sometimes it refers to roles we play in society and sometimes we just feel like a gender which may or may not match our biological reality at all, and the left wreaks havoc with all this because they can use it to browbeat their opponents.

Once you realize the truth it will set you free...
free from wasting time on idiots anyway! 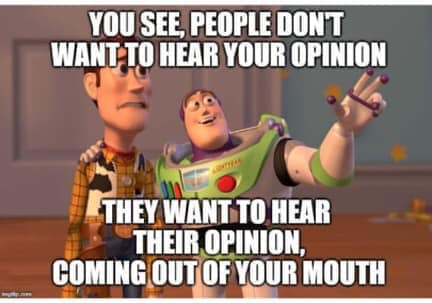 originally posted by: Krazysh0t
a reply to: network dude

To coin an oft used phrase by the left, the science is settled.

There are two genders.

You can identify as anything you want, but there are only 2 genders.


You are being very genderous with freely giving your information DBC

originally posted by: Krazysh0t
Oh yeah, how do you explain intersex people?

Even God shanks drives into the rough from time to time?

originally posted by: Krazysh0t
Why are you ad hominem attacking me instead of just proving your point? I'm actually trying to be polite to you for once

That's unfortunate that you are admitting to being so petty. Well I honestly never expected much out of you and you surely didn't disappoint.

The same way you explain people who have Down's or Turner's or any other condition caused by chromosomal abnormality. They are deviations from the norm, but most transsexuals cannot be explained by this and the existence of such abnormalities are simply used as a convenient shield much like abortion advocates hide behind rape and incest which are far less than 5% of all abortions.

originally posted by: queenofswords
a reply to: Thanatos0042


thank you for the kind words *s*

And, therein, lies the problem. I feel the same way. We should not be forced/pressured/compelled to accept something that is wonky fake science. Perhaps the condition does fall under a "science" category, but it would be in the psychological and/or behavioral sciences category.

i agree, therein lies the problem. This whole thng is being forcibly shoved onto us and, I can't speak for anyone else - but it makes me stubbornly resist, when I might otherwise not. A lot of people are that way and so all it does is make it harder for them to accomplish their goal.

unless their goal is less forthright and more neferious and it can't be scrutinized under the light of day for very long. I've seen people push things down for that very reason in my lifetime, so that does make me ponder it all a bit more closely.

As for whether or not it's real science, fake science, wonky science or it falls in a psychological/behavioral science group...I don't know. I'll let wiser heads and time bear all that out. I'm not in a field where those kind of science matter so much to me, so I can be happy and just leave the beliefs that have served me well through life, alone.


Can you prove that is a scientific fact? Where are the studies that back this up as fact?

In any medical textbook. Go google it yourself. Why do I get the impression I am talking to a flat earther? Do you know ANYTHING about genetics and DNA at all, or am I talking to a completely ignorant person?

originally posted by: schuyler
In any medical textbook. Go google it yourself. Why do I get the impression I am talking to a flat earther? Do you know ANYTHING about genetics and DNA at all, or am I talking to a completely ignorant person?


Well can you produce these textbooks that say this? Why are you insulting me instead of producing the evidence? I mean, by current count you are behind on the evidence provided in this thread. So far I've gotten two sources. The first source puts gender on a spectrum and the second suggests it is a social construct. So right now, according to the thread, the science says that gender is on a spectrum, and THAT evidence was provided by someone trying to push the same claim as you.

So accusing me of being a flat earther doesn't really add credence to your argument. All I'm doing is politely asking for proof. Why can you not provide it? It's not my job to Google your claims. If you can't prove your point then I have no reason to believe you know what you are talking about. I surely don't believe you've ever opened up a science textbook on this matter based on what you've said to me so far. Especially since you think that medical textbooks say that gender is binary and determined by chromosomes. Though I welcome you to prove me wrong and show a widely used medical textbook that says exactly that.

Come on. Prove my expectations wrong for once. Actually back your claims up instead of trying to make me back them up for you. Be the ONE person in the thread who bucks the trend of appealing to common sense and saying it is science instead of actually appealing to the science and ACTUALLY appeal to the science.


Keep in mind that "nature screwing up" is one of the mechanisms that drives natural selection. Though a statistical anomaly also doesn't give you the right to discard the data from the whole. Even if intersex people are a small minority of people on the planet, they still exist and exist in contrast to your claim that gender is determined by chromosomes.

Oh now you are talking to me? Are you going to provide me with sources backing your claims up or are you going to just talk to me about what is true like everyone else? Though honestly what you wrote looks more like a partisan appeal to me than a real scientific claim. Though, maybe you prove me wrong and post a study. I eagerly await it.
edit on 18-6-2019 by Krazysh0t because: (no reason given)

Schuyler, just give it up. Some people are born without the rational/logical "gene" and no amount of common sense and reality awareness is going to change them. They will argue until the cows come home. It's an exercise in futility.

it almost like the south park episode where you had to be crippled from birth to be a part of the Crips, and able bodied to crippled are the Bloods and everybody almost died.
edit on 18-6-2019 by Specimen because: (no reason given)

And then complain that he can't hear anyone.

Neither is consensus. Yet, at least on some topics, here we are.

It's funny how people who claim to have common sense are the ones with the most irrational beliefs.

You say this, in on a topic where people choose to identify a certain way, based on feelings and belief. 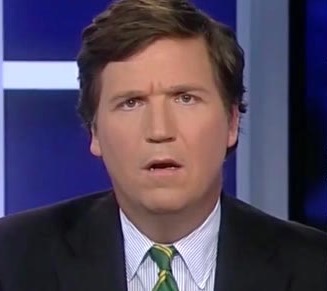 And that can most likely be attributed to trauma and/or chemical imbalances.


Posted on June 17, 2019 by Dr. Eowyn
...
On June 14, 2019, someone on Reddit posted a link, since deleted, to a video on YouTube, with this claim: “My teacher kicked me out of class for saying there are only 2 genders“. Fortunately, I’d saved the link to the video before the Reddit poster deleted it.

The video appears to have been taken by the student of his private meeting with the teacher after the teacher had kicked the student out of the class for insisting that there are only two genders, male and female.

The video shows a visual of the teacher looming over the seated student. You can hear the back-and-forth argument between the two.

This is the definition of "freedom of speech" according to those who agree with this type of indoctrination which wants to argue that whatever your mind can made up is reality, meanwhile at the same time ignoring actual science.

Anyway, despite whether or not you agree with the student, he has a right to his own opinion, based on real science, but he is punished for not agreeing with the state imposed opinions.

What kind of world is this in which people can't have their own opinion and voice it anymore? It seems as if ignorance is winning around the world.


Don't really like how you keep saying "opinion". What the kid is saying is FACT and FACTS are not opinions. Although to be perfectly fair, there are only 3 genders in this world. Male, Female and hermaphrodite. Everything else is just a fallacy.