posted on Jun, 17 2019 @ 06:55 AM
link
Last Friday, a man filmed two, pulsating orange orbs hovering about 100 ft. above Lake Superior, near Whitefish Point, located in Michigan's Upper Peninsula. At first, the man catches two orbs, that hover motionless for over an hour, but then one disappears, only to reappear later, as both orbs move past a ship (seen at the 3:09 mark in the clip below).

It’s not a bird, and it’s certainly not a plane, so what is this object hovering over Lake Superior? While traveling through Paradise, Michigan, Erik Rintamaki noticed two golden orbs flying above a boat for over an hour. One of the lights mysteriously disappeared and reappeared shortly after he began filming, leaving him and his female companion wondering what exactly they were witnessing. “This is the craziest thing I’ve ever seen,” he exclaimed.

As par for the course, we can't rule out Chinese lanterns, drones, flares, or helicopters. However, the fact that these orbs were silent, with one orb disappearing, then later reappearing, is intriguing.

posted on Jun, 17 2019 @ 07:14 AM
link
Another boat going east while the ship goes west. Some sailboats have real bright lights and the on off could be because it is tacking with the breeze.

It was pretty breezy that night

I live right on Lake Superior in Thunder Bay.

We hear many local sighting reports in the news, or from word of mouth about people seeing UFOs going into the lake.
ive witnessed 4 this year. the most recent on May 30, which through binoculars looked like 3 orbs in a triangle formation, 2 white and the Centre one red.
It was rotating clockwise, while the 2 white orbs orbited around the red one.

It was at 60 degrees in the sky to the south, traversing from over the lake to the north.
The winds were 15 km/h with 35 km/h gusts coming from the north.

The wife and kids watched it with me for a good 10 minutes, each of us taking turns looking at it through the binos.

But ya, there are a lot of reports from the lake.

Good call! Never even thought about that possibility.

If I move away and go back to it, see ... See how the object is getting big and small, big and small... I move back and now there's two...

Thanks for digging up the story. I had a similar pulsating flashing orange orb do a fly over North Columbia South Carolina on 17Dec18 during the early morning darkness. I shut the video off as the thing approached because I thought was just another boring Stealth Bomber. As it flew over I saw many geometric shaped projections on its belly along with NO noise from its engines. At that point I realized it wasn't a Stealth but something else. It was totally silent. I took a video and sent the pic of the Polygon shape object to ATS and they posted it on Google Images. Poor pic as I swung my arm and camera around to get a quick pic but if you look at 6:00 you can see its shape as its between me and the Moon. The pulsating flashing lights are basically the objects "Yehudi lights" countermeasure as it screws up the camera along with your eyes as your trying to film it. Note that the guy even says so in the video. That's why all pics of UFOs are out of focus, grainy, blurred, and on and on we go. I also took the NY Post video, paused it took a screen shot, zoomed in and sharpened the image the best I could. I see a Triangle and a Polygon shaped item like I saw back on 17Dec18. NY Post could also have the image and video enhanced using Stacking software such as Deep Sky Stacker that astronomers use to sharpen images in space such as constellations, galaxies, etc. 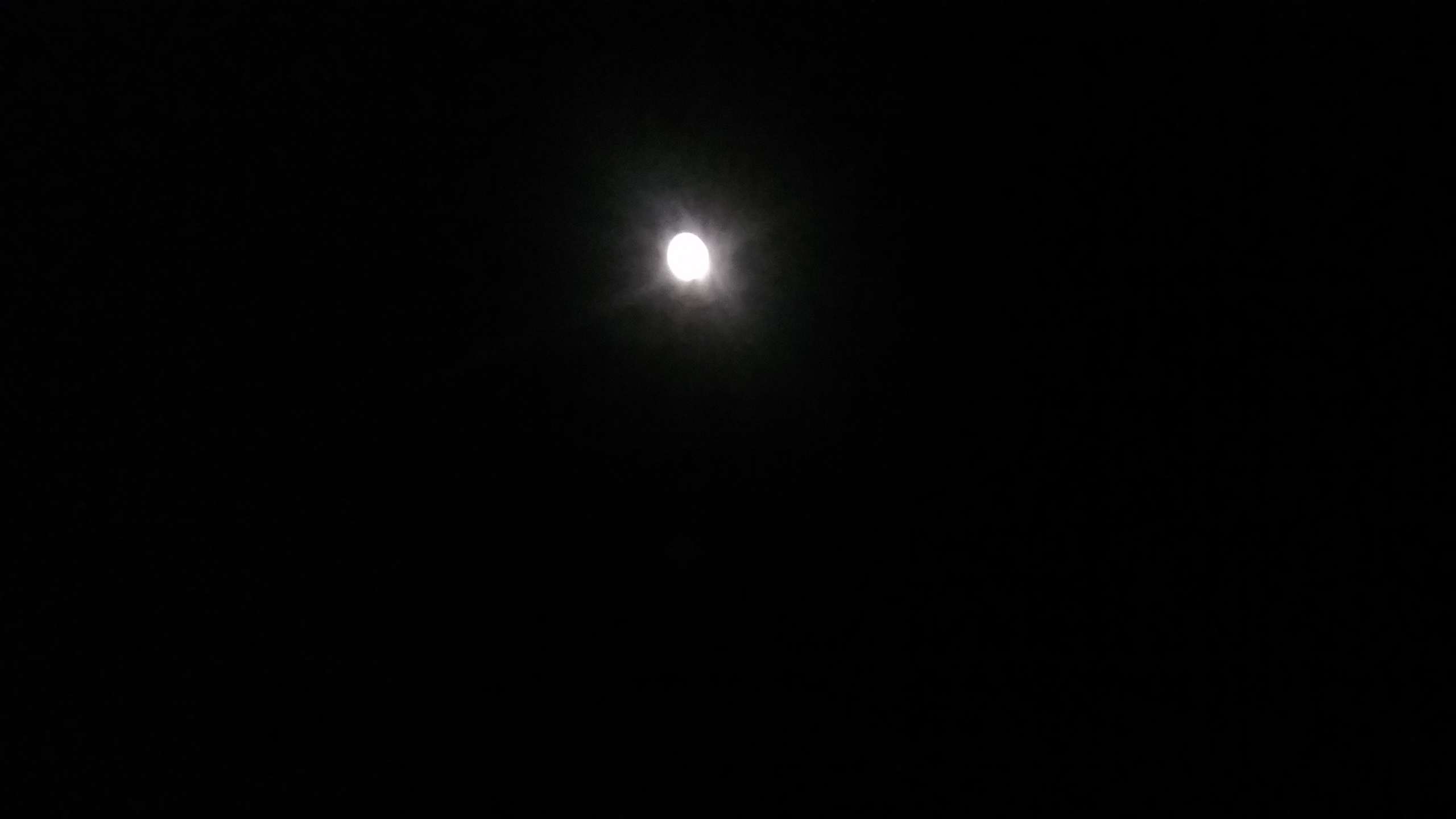 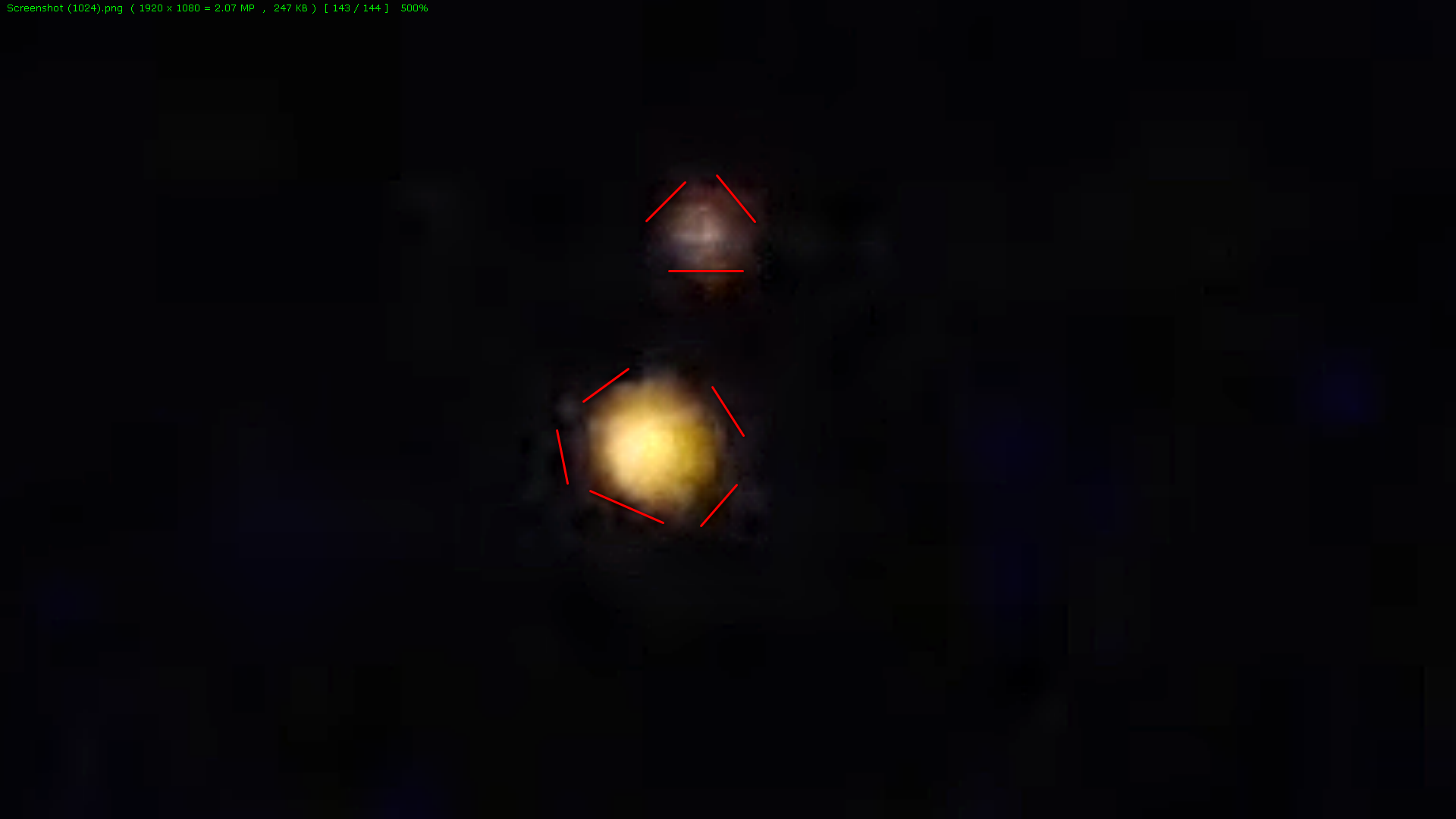 
It's not honest. He tries hard to make it seem more out of ordinary than it actually is.

You're actually right about that, they appear like all over the world these days and make cool formations too..

There could be multiple explanations for that, I am sure it is something, but what is the question. I have seen helicoptors at night doing stuff over the water, but they also have a few colored lights on them. Could be a ship in the background too. Could be a fishing boat pulling in nets. Could be a lot of things. Maybe someone is working on a lighthouse or something too. Hard to tell what is in the background at night.

Not that I do not believe they saw something, but it could be many things. A spotlight could be moved and reflecting off the water too making a lower dimmer light if it is calm.

Seems to me whatever it is they like Whitefish. I mean lots of stuff happens over Lake Superior along with two pilots that went missing back in the day. You can read about it here.

Possibly those air force pilots were chasing ghosts back in the day.

So do you think the New York Post is going to run with a video that's "really out there"? So no one in the UFO business no longer uses Stacking software to clarify the video? Hmm? Well that's what the FBI uses along with Astronomers and it could be used on this video.

In the vid, I just explain my impressions of the vid:

Multiple times, the one light multiplies to become two lights, then the original light disappears, leaving only the 2nd light. I really don't know what to think of this. But definitely some kind of exotic technology, and IMO probably alien tech that we have no understanding of.

Most remarkable of all, is that the lights show intelligent movement by flying over the boat, with several different willful movements.

1st: The light swoops diagonally downward to reach the edge of the boat.

2nd: Then the orb flies straight, over the length of the boat.

3rd: Then, it flies upwards over the cabin of the boat.

Like I said, intelligence shown by its willful movements. And the way it flies so close to the boat, it must be somehow scanning the boat.

After flying over the full length of the boat, the light flies on to once again multiply into 2 lights, and then the 1st light disappears.

I find it a very puzzling case, especially why / how it keeps multiplying and vanishing the original light. Like, what purpose or function could that possibly be?

I'm inclined to think that it's a small alien craft.

It's also possible that it's a large unseen craft, or it's several small craft that keep coming in and out of their invisibility cloak.

That's about everything I say in my vid but if you want to see & hear it:

Also, drones seem ruled out by the size of the orb, which appears to be about half the size of the cabin of the boat. Which makes it small for beings to sit inside of it, but in terms of drones, the orb is probably way too big, to be a drone. Its performance of flying for an hour, also suggests that it's not a drone, which mostly only fly for a few minutes. (I'm referring to consumer drones. Of course there are also government drones that are more powerful, but still.)

And of course, Chinese lanterns are ruled out by the movements being so clean and intentional, showing clearly that the orb was being driven in a deliberate flight path.

I disagree that you seem to think the guy was dishonest. I don't think so. My impression is that he doesn't understand the camera struggling to focus. Thankfully that's the least important part of the case lol.

I stepped out on the porch to have a smoke as usual. Two cop cars went down the street at a high rate of speed. I though they were after someone. I stepped out to the side walk to see what the commotion was. The cop cars pulled into the school parking lot. I looked up and there were 8 orange orbs in the sky.

Some of the orbs seemed to join with each other. They were pulling maneuvers unlike any thing I had ever seen in the sky. I watched for a good 5 minutes. Then they blinked out of existence one at a time. A few seconds later they reappeared in another part of the sky miles away.

I thought great the cops saw this it's going to be all over the news. Nope not a peep about it. What ever it was it was under intelligent control. Nothing I know of that's earthly could blink of existence and reappear in another part of the sky miles away almost instantaneously.

By the way this took place at 8 pm and it was dusk but still light outside.


I'm at 8 and Ryan on the east side. The trailer park from the movie 8 mile is at the end of my street.

posted on Jun, 21 2019 @ 06:38 PM
link
Lot of these orange / yellow orbs floating around these days. Some of them travel in pairs and have with them a kind of entourage of little sparkling lights.

Could be Air Force experimenting with drone swarms again. 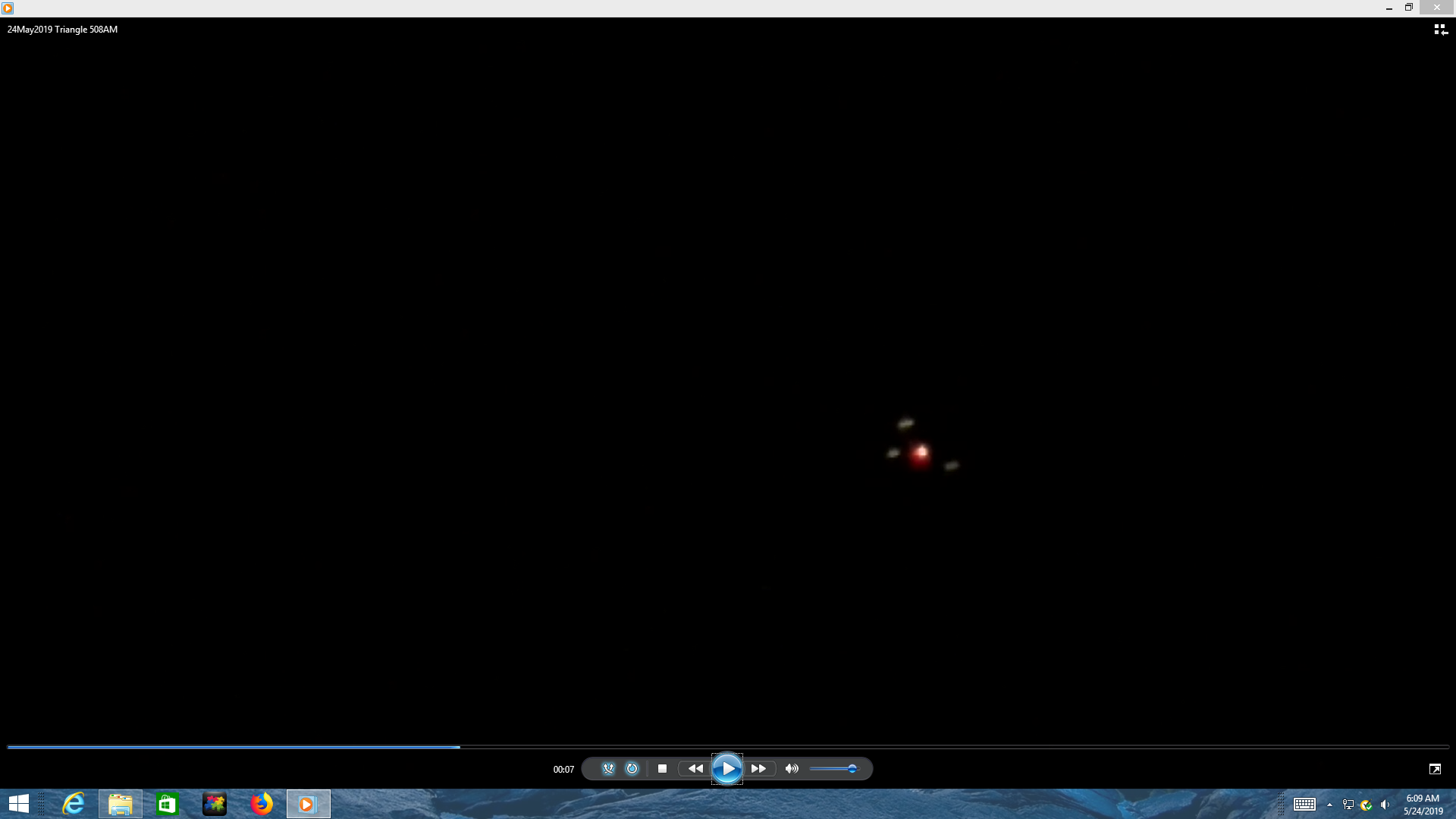