posted on Jun, 14 2019 @ 05:01 PM
link
The book pf Proverbs illustrates the point that the Old Testament should not be seen merely as a compendium of “Hebrew literature”.

The aphorisms of Proverbs offer different kinds of contrast between characters and modes of conduct, but we keep coming back to the fundamental choice between Wisdom and Folly, between following or not following God’s will in righteousness.
In fact individual proverbs have a way of combining contrast pairs and cross-referencing them, which makes it hard to break them down into categories.
I can illustrate the point with a fictional example; “The wise man is always peaceable, but the wicked man never ceases to lie”. This kind of thing combines the contrasting pairs Wise Man/Fool and Righteous Man/Wicked Man, and also the contrasting pairs Truth-teller/Liar and Peaceable/Quarrelsome. Which leaves me, trying to compile categories, wondering whether I can use this text to show that “The righteous man does not quarrel” (which is implied), or whether I should look for something more explicit.
Real examples of this puzzle include;
“The mouth of the righteous ponders how to answer, but the mouth of the wicked pours forth evil things” (ch15 v28).
“He who walks with wise men becomes wise, but the companion of fools will suffer harm” (ch13 v20).
“A false witness will perish, but the word of a man who hears will endure” (ch21 v28).
These cases from my threads are the simpler ones. The more complex examples were quoted in parts or did not get used at all.
Frankly, I doubt whether I’ve done full justice to the implications of all these interconnections. They would still repay further study.

The most convenient way of breaking down the topics found in Proverbs was to look at the different characters who appear. Some of them (like the Wise Man) represent one side of this fundamental choice, while others (like the King) have situations in life presenting both possibilities.

These are the two chief characters of the book of Proverbs, representing the choice between knowing God and not knowing God.
I speculated on the possible connection between “Wisdom” portrayed as a woman, and the “wise women”, who appear in a couple of episodes in 2 Samuel. Were these women thought to be getting guidance from God, a version of what James calls “wisdom from above”, in offering advice on the conduct of social relations?

The Righteous Man
The Wicked Man

Since knowing God’s will, with willing obedience, is the true wisdom, human conduct is resolved into the difference between righteousness and wickedness, as represented by these two characters.

The man who understands God’s will and knows the right thing to do is called “righteous” in his own actions, but he becomes a “wise” man whenever he shares this knowledge with others. The Wise Man is the man who is teaching the true Wisdom, the Fool is the man who is not listening.

The Fool
The Quarreller
The Troublemaker

There many different ways of being a Fool, so there are many reports about him. He lies, gets angry, quarrels with other people, and stirs up other people to quarrel with each other. One important sub-category is the Scoffer, who rejects God’s authority outright instead of just ignoring it.

The Friend may be wise and helpful, or he may be unhelpful, but there is more to be said about the latter kind.

In principle, the Father and the Son stand to each other as Wise Man and pupil. It is the Father’s role (and the Mother’s) to present God’s wisdom, and the Son’s role is to learn this wisdom and apply it. But there is more that can be said about the Son who doesn’t learn, which is why this thread also includes the comments about drunken debauchery and wild women.

The King, though powerful, is neither good nor bad in himself. He has the option of working either way. He and his servants may influence each other for good or for bad, so I included some of what Proverbs says about the Servant.

Again the Rich Man, though powerful, is neither good nor bad in himself, but might work either way.

While the Poor Man is not righteous by definition, he has fewer opportunities for the specialised kinds of unrighteousness available to the Rich Man, and is more likely to be a victim of unrighteousness. The good, simple life, may be found in his humble company.

The most obvious fault of the Sluggard is a failure in practical wisdom, but this may be a symptom of the neglect of God’s Wisdom. The spiritual difference between the Scoffer and the Sluggard would be that the Scoffer consciously rejects God in his thoughts, while the Sluggard fails to give thought to the matter at all.

Meanwhile, Proverbs recommends “taking thought for the morrow”, as Jesus puts it, in managing herds and households. Managing one’s life in righteousness in the sight of God. That is why the book ends with a portrait of the virtuous Wife. Or is it the virtuous nation?

I've been looking about at your different threads about Proverbs, and it a little odd that the characters you have indexed sound very much like the card from a Tarot Deck, mixed in with Jungian archetypes to an extent.

The main reason I think this, is how the book emphasizes on a fool and a wise man, which are very much like the first two cards, the fool and the mage which work hand n hand due to there being somewhat of a thin fault line between them.

posted on Jun, 14 2019 @ 11:49 PM
link
a reply to: Specimen
The Tarot pack has a later origin than the book of Proverbs, so any influence will have been in the other direction.
Incidentally, the son/sun wordplay only works in English, so it won't be relevant to the Hebrew of Proverbs.

In your view how would you compare Solomon with the teachings of Jesus? Solomon had dealings with most of the known world [including the king of Tyre] and receive tribute from other nations as well as owned slaves, He taxed his people out of their shoes and to this day still holds the record as to gold and silver. In the study of Proverbs it does seem to me that he was a little hypocritical in being a justified man of God. That is in comparison to the teachings of Jesus.

posted on Jun, 15 2019 @ 10:27 AM
link
a reply to: Seede
Perhaps the solution is that Solomon only collected the proverbs, or the core of them, instead of being the direct author. Then they could be considered on their own merits.
Yes, Solomon provoked God into taking the bulk of the kingdom away from his son. But at least he is credited with rendering justice in his courts, which is one of the requirements of a righteous king.

originally posted by: DISRAELI
a reply to: Specimen
The Tarot pack has a later origin than the book of Proverbs, so any influence will have been in the other direction.
Incidentally, the son/sun wordplay only works in English, so it won't be relevant to the Hebrew of Proverbs.

Yea you are right about it not being brought over by Gypsies, an it having an ancient origin. The actual cards were more or less used for a game in the middle ages where one has to make up a story relating to the card that's played supposedly. 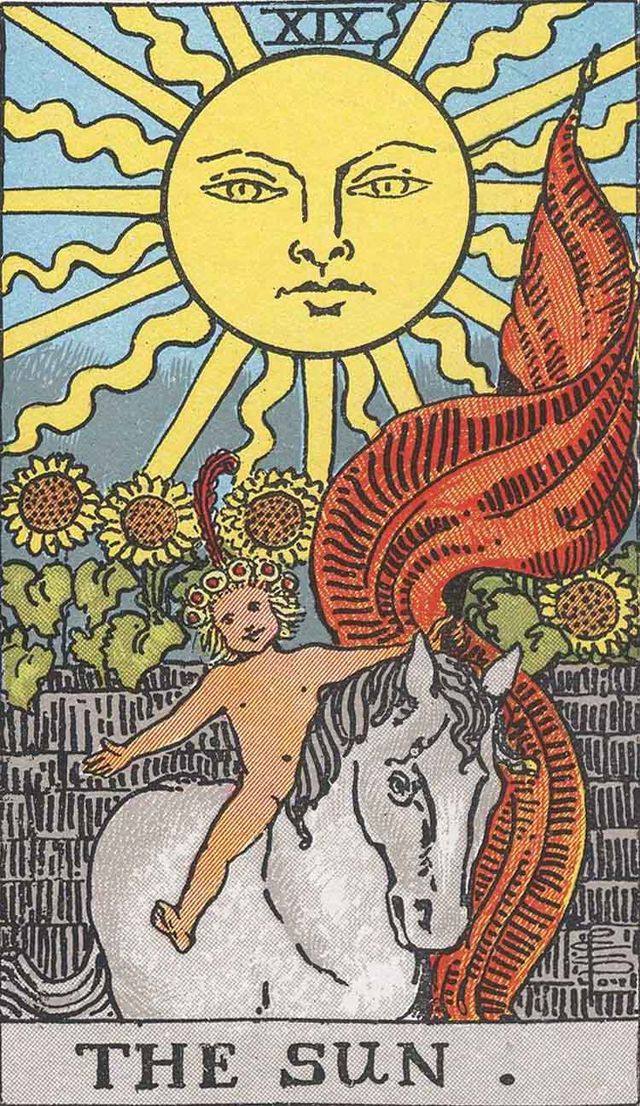 Idk man, most depictions of it have a unicorn with a naked baby on top of it, or two children/cherubims playing in the sun.