Your beach resort is overrun by goddamned midgets. 5'9"?!?!? My God, you'd have to take a running start just to jump onto the toilet to take a dump in most American bathrooms at that tiny height. 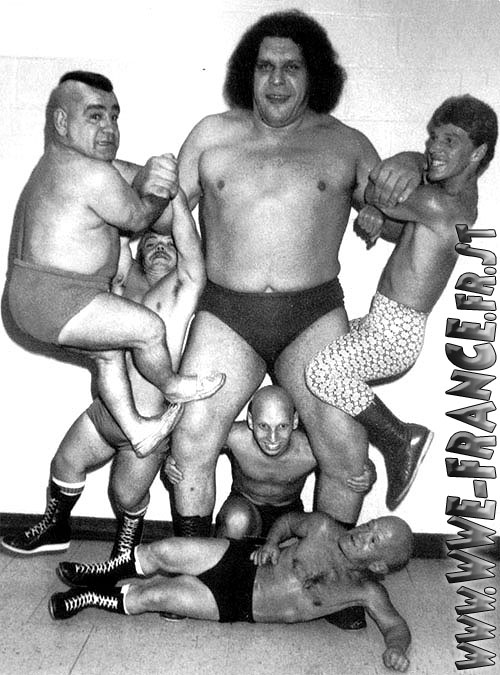 I found this image of some of your locals trying to assault an average American tourist on your beach. Circa 1970s. Anyone look familiar to you, a neighbor or uncle, perhaps?

Yeah, worrying about gender roles (which will only be pushed online and in other media) is dumb. They'd be a greater service to their people to stop the psyops.

Maybe Reese Witherspoon really has 3 legs and no photoshopping went on.


Those are the things I refer to. THAT should be illegal.

I'm 5'8" with a large, athletic frame. Tallish for a woman in the US, but not overly so.


originally posted by: OccamsRazor04
I agree. I think things like photoshop to create impossible people should be banned, it's a lie. I do not think government should be able to determine what is harmful for people to be exposed to.


Seems like a contradiction. Who do you want to ban those Photoshop creations, if not the government? Citizenry with pitchforks and torches?

originally posted by: BlueJacket
a reply to: Flavian

So, will tampon commercials be gender neutral "over there?"

shown because it was claimed that using them allowed you to swim, skateboard,

and do all manner of athletics ....which so many young men hadn't been able to.


There were a lot of young men left disappointed.


It still occurs, it needs to stop, either by enforcing existing laws or making new ones if need be. The idea that government should have the control this laws gives is absurd though.

Are they going to start making Mcdonalds film fish filet commercials showing an employee halfing the cheese slice and breaking their record for longest toss to partially land in the vicinity of the sandwich?

After all, if they advertised reality it may disparage a few from partaking and might better serve the issue at hand.
edit on 6/14/2019 by TheLead because: (no reason given)

Gosh, I think Tampax needs to go woke like Gillette and show an ad about how tampons aren't just for women anymore.


The Left are behind this madness and because of this, people are now walking on eggshells everyday, scared that they may say or do something that upsets someone's feelings. ENOUGH ALREADY!

No they aren't, this had cross party support. And also, there isn't a big Left / Right thing like in the U.S.

This has much more to do with the fact that most of us over here believe that anyone can be whatever they want to be, provided they work hard for it. So, for example in the ad that you mentionned, there is nothing wrong with girls becoming ballerinas. But to show that only girls can be become ballet dancers (rather than engineers, etc) is wrong - both morally and socially.

And if you think that only women should do housework, that says more about you than it does about anything else.

Can I be a prince?

originally posted by: OccamsRazor04
Government should be able to prevent advertisers from lying. You can't say a product will cure hypertension when it won't. That's the role government should play.


Advertising laws allow for what is (or used to be) called "puffery." It's when you say something like: "Home of the World's Hottest Cup of Coffee." It assumes that if a claim is too outlandish to be believed, a normally smart person will recognize that as purposeful and obvious exaggeration and consider it accordingly.

Prescription drugs are a different case, and as a result, I bet you cannot find any drug advertisement that outright claims it can "cure" you of anything. They'll suggest that their drug does what you're taking it for, but still use all kinds of weasel words as disclaimers, and in the case of prescription drugs, they have to broadcast a disclaimer that is sometimes way longer and more detailed than the ad itself, commenting on possible side-effects.

There's a whole Food and Drug Administration that watches over this stuff in the US. It's annual budget is around $5 billion, which as they used to say, ain't hay.
edit on 14-6-2019 by Blue Shift because: (no reason given)

And it has nothing at all to do with advertisers using photoshopped images, which should be illegal.

The gutless. And the weak.

posted on Jun, 14 2019 @ 09:06 PM
link
What disturbs me is the willingness with which some on this thread welcome the censorship.

These are just Ads. Most people ignore them. Yet the supposed woes they inflict upon our society seem immense according to these censorship enthusiasts.

How on Earth do you get through the day unable to reason and discern for yourself? What happens when you face genuine threats to your well being?

I'd love to see their households. They must look like the latest commercials on TV. After, these are people who clearly must be, do, and buy whatever the ads tell them to.


originally posted by: JDmOKI
a reply to: Flavian

So you're all in, gotcha.