posted on Jun, 14 2019 @ 08:40 AM
link
I think this is a great idea; these companies should have to run their aid concepts infront of the Ministry of Truth before they air then. It really is the safest way to run our lives.

originally posted by: shawmanfromny
This is nothing more than manipulation and brainwashing. Who gets to decide what's allowed and what isn't. What's next? Prohibiting what can or can not be shown on TV shows or the movies, because it might trigger someone?

The Left are behind this madness and because of this, people are now walking on eggshells everyday, scared that they may say or do something that upsets someone's feelings. ENOUGH ALREADY!

Ads featuring "harmful gender stereotypes" which are likely to cause offense will be banned in Britain from Friday under new rules that could have a major impact on the industry.

One of the ads identified as problematic by the ASA was a 2017 television advert for Aptamil baby milk formula, which showed a baby girl growing up to be a ballerina and baby boys becoming engineers and mountain climbers.

Another showed a man with his feet up while a woman took sole responsibility for cleaning up her family's mess.

The public furor over a 2015 poster on the walls of London's subway system, showing a woman in a bikini with the words "Are you beach body ready?," prompted the regulator to look into all gender portrayals in British advertising. 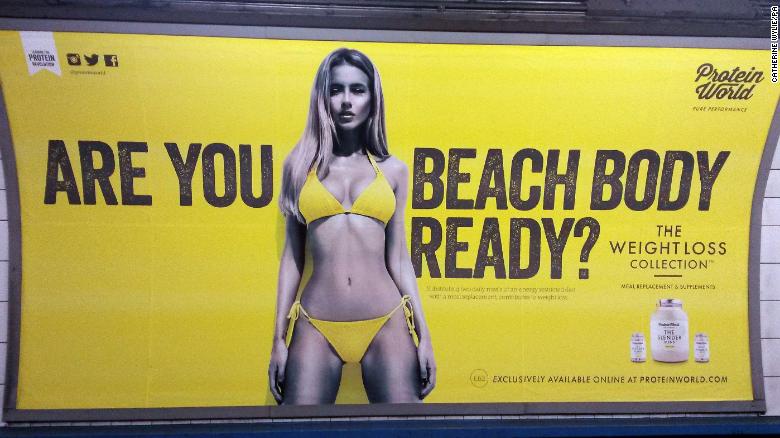 I ask myself, why choose a woman to sell that weight loss product, why not a man? Why not both sexes? Some things are just too obvious.
edit on 16CDT08America/Chicago04280830 by InTheLight because: (no reason given) 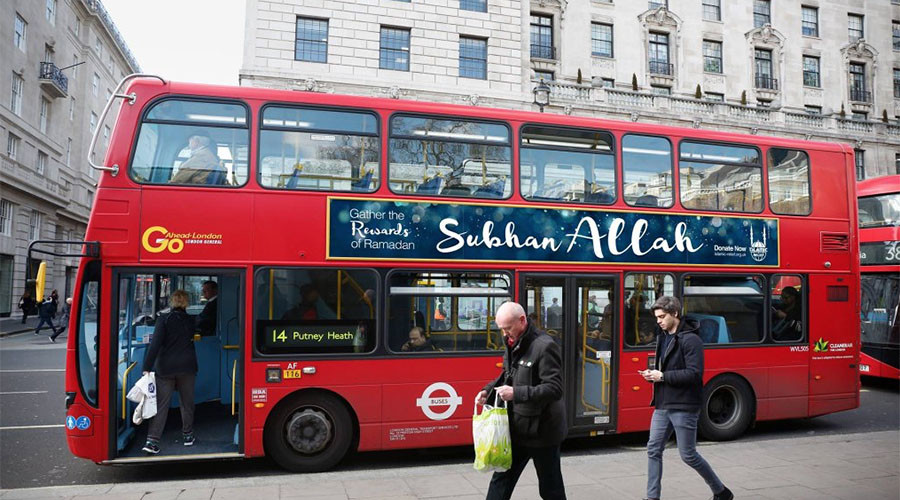 I have ad blocker and various other software to stop ads!

Accept on ATS of course

So who gets to decide what's a harmful gender stereo type.?
Hitler?
edit on 14-6-2019 by Leftleaningrighty because: (no reason given)

originally posted by: ketsuko
a reply to: Flavian

So either you show all the possibilities (you show every size, shape, color, gender, orientation, religion, etc., who can become a ballerina, mountain climber, and engineer in the ad) or you show no one ever doing anything? I know which one will be cheaper.

Why didn't the UK just more or less say they banned ads?

Not at all. You can simply show a couple of possibilities - say you could show the girls growing up to ballerinas or fighter pilots and the boys growing up to be builders or cleaners.

Why does everything have to be a negative stereotype? That is the point of this, nothing more.

Other religions have dress codes too...

Why do nuns wear veils... why do Jewish men wear Kippas etc etc...?

But I see where you are coming from.

More like the progressives in the UK have fully demonized and shut off anyone speaking out against the far left in the UK.

How do commercials damage any gender from achieving their dreams to do anything? Do you have some tyrannical law saying women need to stay at home and raise children? How about businesses advertise however they want to reach their customers and make money so they can pay their workers without government overlords telling them to be PC.

Or how about you simply have an even playing field? Subtle negative stereotypes influence all of us - why else do you think ad agencies use them? Do you think it is some evil plan they have or simply that they know they work so have more effect?

That couple of possibilities is usually the result of numerous ads, not one. Ad space costs money. An ad can never be the problem, a pattern emerging from numerous ads would possibly be troubling. And really, an ad showing a man growing up to be a janitor?

Who says women are more likely to want the product? Advertisers do, who are trying to play on that old trick by telling women and young girls that something is wrong with them if they don't look like that bikini-clad woman displayed. There is a reason they didn't chose to display a fit man in a speedo.

Here are some statistics from Joel Miller’s article on media and body image that may be shocking to read:

On average, most models weigh 23% less than the average woman.

Twenty years ago, this difference was a mere 8%.

Problems with eating disorders have increased over 400% since 1970.

Only 5% of US women fit the body type popularly portrayed in today's advertising.

Sixty-nine percent of girls concurred that models found in magazines had a major influence on their concept of what a perfect body shape should look like.

Tell me again how it is not harmful?

originally posted by: OccamsRazor04
a reply to: Flavian

It isn't but when you only offer that type of example for girls then it is a problem - and that is all that this law is aimed at.

Or you could stop catering to fragile minded losers and just tell them to ignore stupid advertisements that aren't targeted to their particular demographic like any other reasonably adjusted human being.

Who says women are more likely to want the product? Advertisers do


False, consumers do. Women are 35% more likely to try to lose weight.

Advertisers market to their audience.
edit on 14-6-2019 by OccamsRazor04 because: (no reason given)

Exactly. It doesn't matter if "advertisers do market research to decide the best way to reach their target audience," if someone decides it offends. This is about certain people who are making these decisions and nurturing this PC culture crap. This is not just about if "only women should do housework," but rather about authoritarian control. It's happening now on social media, as well as on college campuses. Why would anyone be happy with government, "big brother," or anyone for that matter, who gets the right to determine what you can see, hear, or say? And lets be real, it is the Left that started this safe space and political correctness culture in order to subvert and control social order.

Sadly, liberal ideology—which intended to bring greater freedom and equality to everyone—has been subverted by individuals who believe that they have the right to rule over their fellow citizens because of their superior knowledge, education, and intelligence (all, of course, subjective conclusions) and has become a means of control (not liberation) enforced on those who are not part of this small, minority, elitist group.

Today’s “exhausted majority” have intuitively grasped that the liberal elites, while claiming to be virtuous and seeking to improve the majority’s lot in life, do not really have those interests at heart but simply wish to establish themselves as the new aristocracy with rights to rule and special entitlements not available to the majority.