posted on Jun, 9 2019 @ 12:29 AM
link
No, I'm not talking about the fact that much racism and prejudice have been, and still is directed towards people of color.

BUT, that is only half the story in today's world - What about Black racism against whites [and others] ?

During the violent era of the '60s Malcolm X, and others, were quite blatant - And today of course you have people like
Louis Farrakhan, noteworthy for his anti-Semitic stance [Is it only Jews that he hates?]

I'm sure we can find others, But what do these people mean, without details, facts?

The following story is true:

A friend of mine, small time gambler and in his later years internet sales person [posted items online], and survived that way.

As his luck began to go bad [said it comes with old age] he realized he would not survive paying off greedy landlords, who in spite of his
excellent payment record, still kept raising his rents - greed pays, right?

So he applied for HUD [Housing and Urban Development] housing and after waiting a couple of years, his name came up - First time they showed
him a dumpy looking building typical of what most people might expect of 'welfare housing' - and he declined it.

But he was still on another list, and sure enough his name pops up again and they show him what looks like an expensive garden apartment
- very well kept, fancy landscaping and all.

When my friend goes down to sign the lease he realizes most of the people there were black - At the dumpy biding they first showed him most
ot the people were white. He didn't care, he's not a racist - But what he finds out is maybe 'they' are - And after he signs the lease and pays
for the first month, sets up 'bill-pay' with his bank to be sure they would get payed - And the first month it worked - But then........

The housing authority personal at the complex says we never return checks - But they did !!!

So he sets up automatic payments through his checking account but they say that won't go into effect until the following month, so he let's the
'bill-pay' set up stand - And sure enough on the next month his check doesn't get there - So he, remember he is disabled, has to run out
get a money order and he also gets 'proof of payment' from the bank to show he had made the payments that were sent back and/or
disappeared.

He thinks he knows the culprit, an assistant manager and person of color, that even before all this, started to question his finances [which had already undergone scrutiny and approval by the housing authority] - Hard to prove she's doing it though.

But he keeps asking why in a system that is supposed to be against racism and prejudice, why in this system, is the dumpy slum type property occupied by mainly white people and the super nice property by black - And why they are giving him such a hard time ?

You're making a thread about racism to talk about police violence? 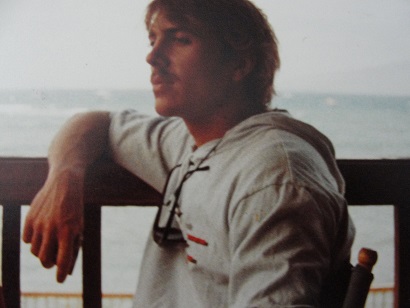 posted on Jun, 9 2019 @ 01:14 AM
link
Minority solidarity is pure (tribalist) racism. Which arises naturally in humans (because we're "racist" [tribalist] to the core). Where here in the US, for decades on end, that Community has been overtly appealed into thinking only in those terms. Like never before in human history. Which is one of the Top 10 Tragedies of the Modern Era.

I'm not a race, Im a size. I've been hated and bullied all my life because of it, and that's a FACT. And its been by all races, genders and sexual orientations.

You'll not hear me complain much because at least I know where I stand with people. Makes them easier to weed out. And I know how much I'd be laughed at for fighting back.

I've been lucky enough to have friends in the past tell me "hey man, maybe its just who you are". But still, at my age, I continue to hate myself. That's for me to overcome, not for people to legislate out of existence.

Everyone has a lot in life, conquering it and moving on can be the hardest thing a person can do. I'm still trying.

So you say - And of course sometimes that may be true.

But, I've met at least a few black people who have such a chip on their shoulder that if you look at them the wrong way,
as they see it, your a racist.

And take Chicago with a huge number of well armed gang bangers, other places to - If you were a cop in one of these
places you too might be a little jumpy, maybe prone to overreact - And maybe that gangbanger with a gun in his
pocket doesn't give a damn about the law.

Started by prejudice and racism true - But you can bet some people of color are taking advantage of it,
even sometimes provoking incidents to play the race card.

There is racism, or tribalism (or other terms people tell themselves).

People either respect everyone (unless given reason not to on an individual basis), or they do not.

posted on Jun, 9 2019 @ 05:53 AM
link
a reply to: AlienView
I had a black boss that was. She treated all the non-black employees like crap and often made racist statements, all the while complaining about racism.


I dont get how people cant parse that data


but yes racism is a thing all over.

My sister is a senior VP for an assisted livng company out of Chicago.

5 times in the last two years the staff have tried to get my sister who is Hawaiin native, fired for "racism" WHY?


She took their phones away at work so they wouldnt neglect the patience, she started making them fill out reports every day of their activities , to /curb some of the issues the building was having, instilled a policy that if they were late more than 3 times without excuse they would be fired.

And started wiriting them up when they had their boyfriends come to their work when they were on shift.

90% of the workers in those two buildings are black, the ONLY people who reported her and tried to do this, were African American.

My sister has been married to the same Black man from Detroit for almost 37 years. Its pretty clear what was going on and how they were trying to use the race card , and their own racism to get someone fired because they started making them do their jobs.
edit on 9-6-2019 by SailorJerry because: (no reason given)


Sometimes that's true. But mostly, it would require making a lot of crimes legal to balance out the statistics. Robbery etc.
edit on 9-6-2019 by Wardaddy454 because: (no reason given)

At my job most of the employees are black. They will only hire black people as managers and openly say they will never let white people get management jobs because they only look after white people.

When you look at fake news propaganda sites like Vox don't be surprised when you are fed fake news propaganda. The fact is black people are not shot more than white people. They are more likely to be a criminal though. Black cops, who live in black communities, shoot black people at the same rate as white cops. Stop believing the lies because until you do you can't be a part of solving any problem.

To be clear, there is a population-level racial disparity in fatal police shootings. But our work suggests this disparity is explained by differences in rates of exposure to the police, rather than racial bias by officers making deadly force decisions


If you judge anyone based on their skin color, YOU are a racist! That goes for POC as well as evil whitey.

Congratulations on being easily manipulated.

posted on Jun, 9 2019 @ 09:40 AM
link
One more thread about how black people are racist. Here on a forum that this has been pointed out and discussed endlessly for years and years. AND YEARS

So how is it that you believe it deserves another thread on the topic. How is it that after all this time you still find it necessary to start one more thread on ''how blacks are racist too'' when you should have moved on to how WE ALL CAN BE RACIST TO OTHERS. HUH? Explain that to me so I don't incorrectly assume that you are just one more white guy pissing aat the moon over how your race is now so discriminated against.

No matter how some people prefer to think of themselves.

No people is without that sin.

But it's totally acceptable to be bigoted against those in political parties.


First off we need to define racism...because conservatives like to redefine words constantly..

For example: falsely accusing someone of racism, doesn’t make you a racist.. belief that your race is superior does..

You can falsely accuse someone of racism, without being a racist yourself.. obviously.

It is a Fact because it is scientifically possible and there is someone somewhere who thinks literally everything..


But in reality , concerning America FICTION as can be..

You can look at your most extreme Black power group and none are preaching that Africans are inherently superior to Europeans
Even the most extreme are supporting violence for equality or revenge..


None want to do it because whites are genetically inferior.


They want to do it over discrimination and out of revenge for perceived slights of the past..

It is an individual case..

A case we have no idea what the intricacies are..


I promise you that nationally on average you would find exactly the opposite..


This is gonna sound worse than I mean it to, but...


So I find the narrative that old rich who’re men are in a vast conspiracy to demonize themselves a joke.