Former Democratic presidential nominee Hillary Clinton and Chelsea Clinton plan to create a Hollywood production company, according to a Thursday Bloomberg report. The Clintons have met with studios about financing, per Bloomberg, which said that the former secretary of State and her activist daughter "plan to focus on stories by and about women."

Discussions about the formation of the yet-to-be-named company are said to be in the early stages. Hillary and Chelsea Clinton's potential foray together into Hollywood film and television projects comes almost one year after former President Obama and former first lady Michelle Obama agreed to produce films and series for streaming powerhouse Netflix.

This POS just wont go away! She'll be screaming from her coffin.. I was supposed to take over the world!!
Now she brings poor Chelsea Hubble into it...She was hot in that Simpsons episode when Bart busted up in the White House.
thehill.com...

Choosing to watch Hillary on Net-Flix is like choosing to live with herpes after you have been given the cure. 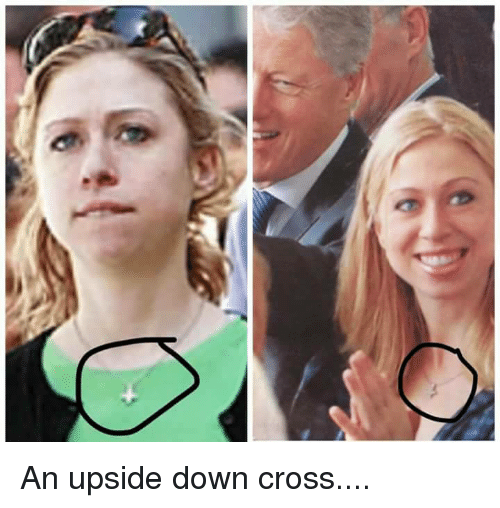 This is the last resort for the 3rd wretched clone on Killdog..don't buy into this BS. If you would like to continue on in your wet Democratic dream..Valerie Jarrett's daughter is live from Washington daily on CNN...WAKE UP WAKE UP WAKE UP!!!

I don't wish many people i'll will but...I hope she gets impregnated by a Cacti with no warning. 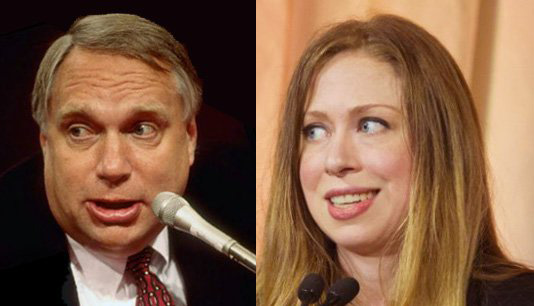 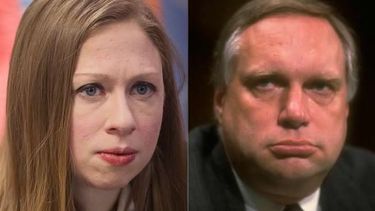 
Hillary Clinton and her daughter Chelsea are forming a production company to pursue film and television projects, making a foray into Hollywood after decades in the public eye. The two have spoken to studios about financing a pipeline of programs, said people familiar with the matter. They would give a studio first crack at releasing the projects, said the people, who asked not to be identified because the discussions are at an early stage. The family hopes to use film and television to influence culture and society now that Clinton is out of politics. They plans to focus on stories by and about women. The production company is one of many potential business opportunities that Clinton, 71, is considering. Clinton previously signed on to help produce a TV show with Steven Spielberg. That series, “The Woman’s Hour,” is an adaptation of a book about activists who fought to give women the right to vote.

HILLARY HAS SPENT THE BETTER PART OF 40 YEARS PLAYING WOMEN AS FOOLS!

I love Women!! and feel they have been given a short stick.

Now all together now...How Has Hillary helped you???

I was trying to upload those..thank you. That is NOT Bill's daughter.

"The Difference it Could Have Been"

......and Debbie went to Dallas for the same purpose. Screwing people out of their money has been Hilarys job for quite a while now.

posted on Jun, 4 2019 @ 10:31 AM
link
Chelsea is going to need an income beside the rip-offs the Clinton Foundation has generated. That hole has dried up.

Bill looks sick these days, very thin and frail, and almost stupified-looking. And, Hillary may be doing hard time (we can only hope.)

Nevertheless, she is into the women-are-poor-wretched-persecuted-deprived-needy human beings that need the Hillary and Chelsea injections of snake oil fixes.

Women, WAKE UP! Don't buy it. Don't allow these predators to tell you that you are weak and have been held down and held back because of your sex.

These Demwits are the needy ones. They NEED someone to feel deprived and held down in order for the Clinton pimps to make money.

edit on 4-6-2019 by queenofswords because: typo correction

posted on Jun, 4 2019 @ 11:21 AM
link
Hillary and the Obamas belong in Hollywood. They're corrupt, unethical, immoral reprobates totally lacking in principles. Miscreants and evildoers who come from a lower evolutionary order with which decent humanity was meant to hold no commerce. And those are their good points.

originally posted by: chris_stibrany
a reply to: xuenchen
Battlefield Earth anyone? XD


Horrible movie, but the book was great!

originally posted by: Sabrechucker
Choosing to watch Hillary on Net-Flix is like choosing to live with herpes after you have been given the cure.

Wait... there's a cure for herpes?
AND Clinton is out of politics!

Best of both worlds!

originally posted by: The GUT
Some things just can't be denied. With a straight face anyways.

posted on Jun, 5 2019 @ 04:55 AM
link
I patiently await Killarys Gitmo date.....I wait along with the Family members of all those she murdered in Waco to cover up her Husbands infidelity....that entire massacre was set up to eliminate 2 of the Presidents Secret Service Agents (Killary had a favor called in and these 2 were transferred to the Waco scene long beforehand---they were HIT on purpose during the pogrom---supposed to be collateral damage to silence them forever ) who knew of and were likely going to speak of Bills affairs.....Hillary has the POWER to do the things she did when she did them....she pulled the pin and allowed ALL THOSE PEOPLE TO BE MURDERED just to cover-up her husbands mistakes...... to Gitmo she must go...with Old Sparky she must play.
edit on 5-6-2019 by one4all because: (no reason given)

posted on Jun, 5 2019 @ 04:55 AM
link
Oh boy! The Vince Foster story finally comes to the big screen. You realize the Clintons have decades of foul deeds in need of "revision".

If this was being done as a “Comic Strip” production, then the casting would be obvious;
Hillary- Dawn French
Chelsea- Jennifer Saunders
Obama- Lenny Henry
Trump- Robbie Coltrane
Farage- Rik Mayall (Drat, he died. Rowan Atkinson, then)