posted on Jun, 3 2019 @ 09:58 PM
link
You guys are being lazy. There has been a Chinese UFO spotted during military drills (likely a new ballistic or anti-ballistic missile test), the 2019 Bilderberg Conference is on right now, and these Chinese warships just docked in Australia. Anyways, I will get to them as best I can.

Three Chinese Naval ships recently returned from an anti-piracy mission in the Gulf of Aden have stopped over at the port in Sydney. This was not announced by the government, so in some media they acted all surprised by the visit. I assume they had also been at their base in Djibouti, I have not been as keen on keeping an eye on that base as I should be. But if these ships were patrolling the Coast of Yemen and Somalia, than we can be certain they also had done some activity there at their only foreign naval base so far.

Any Australian citizens in Sydney, we would love any personal images you can take and upload if are from Sydney area.

It is reported that the three Chinese warships are a missile frigate, a comprehensive supply ship and an amphibious dock landing ship, all docked at the Garden Island Naval Base, which is only a few hundred meters away from the Sydney Opera House. These three warships will be here. Stay for 4 days.

It can be seen from the pictures taken by the Australian media that the three warships are the amphibious dock landing ship Kunlun Mountain Ship, the missile frigate Xuchang Ship and the integrated supply ship Luoma Lake. After inquiring about the news of the People's Liberation Army, the three warships were the constituent ships of the 31st batch of escort formations of the Chinese Navy, with a total of more than 700 officers and men.

Australian government sources said the visit was planned well in advance after the 31st escort formation of the Chinese Navy ended its anti-piracy mission in the Gulf of Aden between Somalia and Yemen. Australian Prime Minister Scott Morrison told reporters that the Chinese warship’s visit to Australia has been planned for some time. The visit was a reciprocal return visit because the Australian Navy’s ships had already visited China. Morrison also said that the visit may be a surprise for others, but it is certainly not an accident for the Australian government.

It is reported that in 2017, the Chinese naval warships also had a similar visit to Australia. 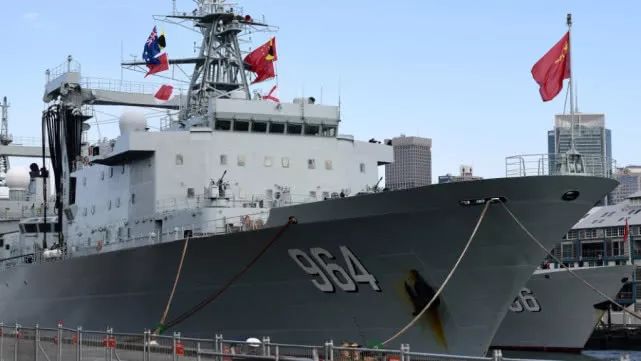 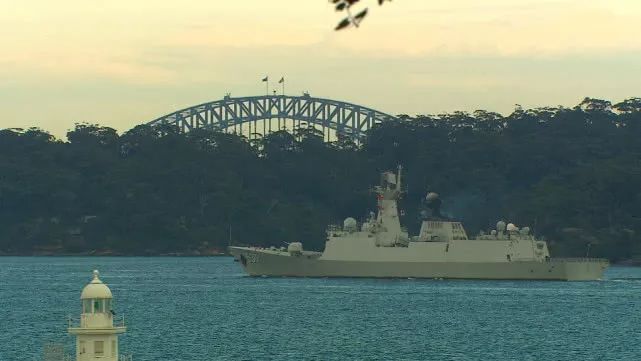 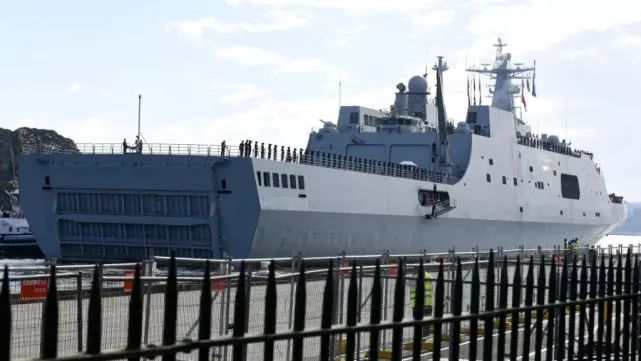 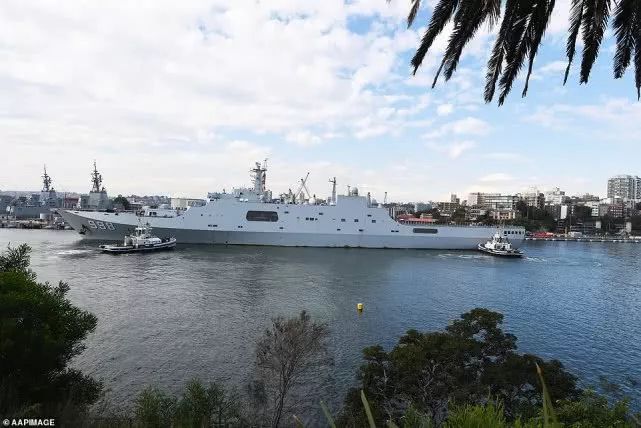 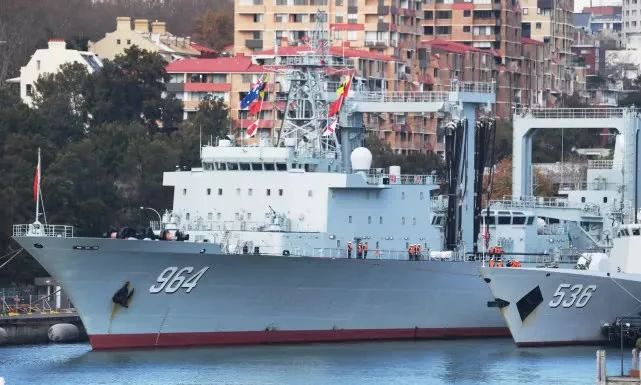 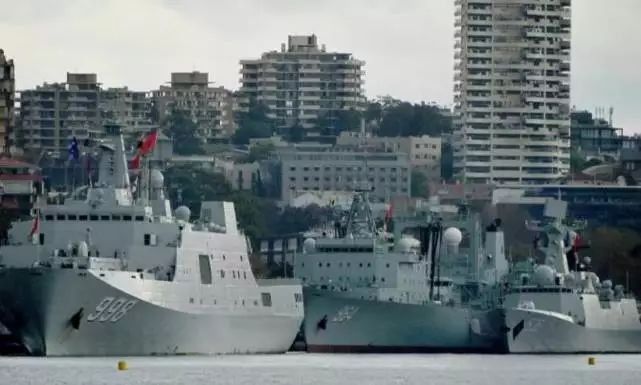 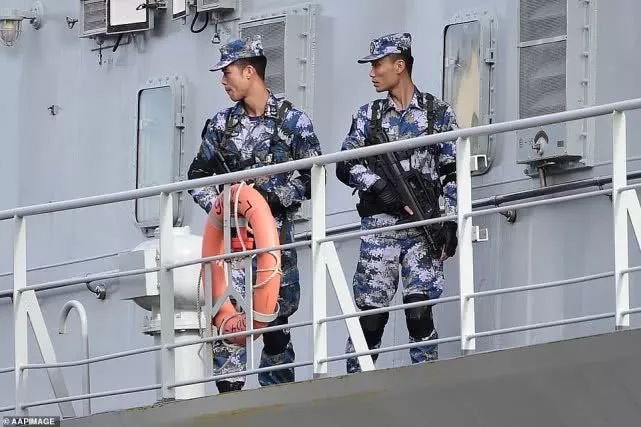 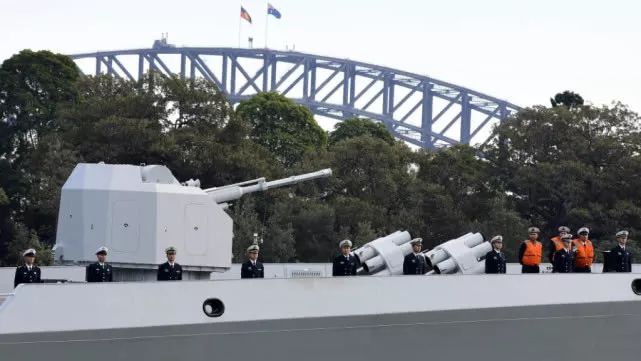 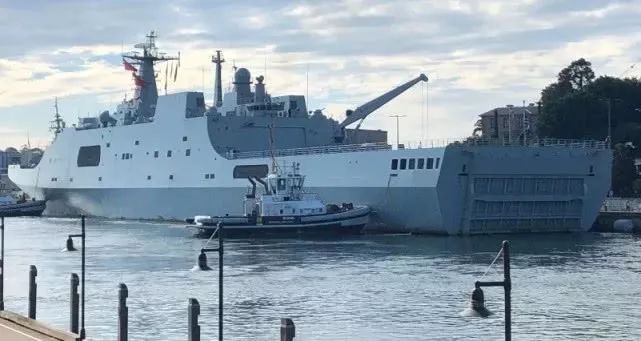 This is only the beginning of the China military projection of force.

Still, I wouldn't want chinese ships near our shores.

originally posted by: worldstarcountry
This is only the beginning of the China military projection of force.

China has been sending ships to the Gulf of Aden since 2008, and has been a regular member of CTF 151 since at least 2014 if not earlier.

posted on Jun, 3 2019 @ 10:59 PM
link
a reply to: Zaphod58
I am more concerned from the context of China's growing influence/puppeteering of Australian politicians. Australian media is also clearly concerned, as there is no shortage of TV shows from that country dramatizing just such suspicions. China flexes muscle to get economic arrangements from Australia is how the optics look.

(post by mazzroth removed for political trolling and baiting)
hiddenNZ

posted on Jun, 4 2019 @ 01:28 AM
link
When they turn up here in NZ,something's happening. The Solomon islands and no doubt other islands owe alot of money to them,if they can't pay,I guarantee the Chinese will build military bases to offset the bill.
My grandfather said many years ago,the yellow man will own the world one day. I'm not a fan.

They were there a couple years ago.

posted on Jun, 4 2019 @ 07:35 AM
link
Their dock landing ship looks like it would be well suited for the anti-piracy mission. It can launch small craft and appears to have a hangar deck for helos. Those ships have plenty of room for a complement of special forces to launch attacks on pirate vessels or perform rescues in a hostage situation.

posted on Jun, 4 2019 @ 07:44 AM
link
they are fully aware that they need to get a lot better in blue water tactics before they can consider any "adventures" outside the continent beyond anti-piracy missions.

Every time out across the pond they get better at what they are doing, it will take longer for them since our navy cut its teeth in a couple major conflicts and right now there is nothing like that for them to learn from.


But I wager every time ships come back they analyze ever second of it to see how they can improve.

originally posted by: worldstarcountry
a reply to: Zaphod58
I am more concerned from the context of China's growing influence/puppeteering of Australian politicians. Australian media is also clearly concerned, as there is no shortage of TV shows from that country dramatizing just such suspicions.

Anyway, I'm no expert on foreign relations, but it's pretty much established knowledge that Australia's been stuck between a rock and a hard place with the US and China for a long time now.

On the one hand you have the US, our greatest ally, a relationship which is vital to our nation security... Then on the other hand you have China, a vital economic partner, who has kept our economy thriving for years, due to all the iron ore and such they were purchasing from us.

Australia was able to absorb and actually thrive through the 2008 financial crisis, which plagued the US and most of Europe, simply because of all the minerals China was buying from us.

But now China's economic growth has halted, which means our golden age 'mining boom' era is also over and our economy is starting to feel the pain... So logic would dictate that the Chinese influence on the Australian political system would also have to be shrinking to a point which hasn't been seen in at least a decade or two.

So, maybe this was just an attempt by China to regain some political influence in the region?

Then again, like I already said, I'm no expert on the subject... just more or less thinking out loud.

Pine Gap and secret city are but two. I watched a third one last year, cannot remember. Norway had one about the EU betraying them to Russia as they sought our help. Poland has one I think called 1983 also about Russia. I frequently wat h foreign movies and TV shows, as well as browse mostly foreign news.

posted on Jun, 5 2019 @ 10:36 PM
link
They already own our biggest Cotton Farm and bought up a lot of country after our last drought that pretty much caused a lot of farmers to go under.

Now we are heading into another drought and guess what.
China buying up land
We already had a problem with the start of the drought with Cobby Farm hoarding water while the rest of the country went dry.A major disaster when the government scrapped its water governing plan on the Murray Darling river system which fed a lot of our farms.

Could it be possible that china is using weaponized weather tech to intentionally drive the price of dry land down for their profits?? Don't let them buy any more!

I would be really interested to head into the city and check this out .

Holy crap dude! Talk about a blast from the past!

posted on Jun, 13 2019 @ 11:36 AM
link
a reply to: Omega85
Wow, I have not seen this name around in years. In any case, these ships passed through ten days ago, I do not believe they are still present. Honestly I would question why if they were still present.

Haha, i know brother. Its great to see your still here man, sincerely