posted on Jun, 3 2019 @ 02:59 PM
link
I'm pretty open that I have a kiddo with some challenges in life. He's a good kid and works hard and he's easily smart enough to figure out how to do whatever he wants, but he's also smart enough to notice that certain things are way harder for him than they are for some of his peers who aren't maybe as sharp as he is, and that gets him down. It undermines his sense of self-confidence really.

Yeah, he's not alone. Lots of people have similar issues, and I was cruising around looking for ways to help him get around his own challenges when I ran across this reverse poem. Granted, it was written about dyslexia, and his challenge is handwriting, but it still applies, applies to a lot of people with challenges.

Now, the way a reverse poem works is that it's meant to be read two ways - top to bottom and then bottom to top, and the message changes depending on which direction you read. The girl who wrote this did an absolute bang-on job describing how my kiddo feels, and then turning it one its head to tell him how he needs to feel because it's true - Even if he can't get those words on paper, he has the most creative stories in his head if you listen to him talk.

It's wonderful that you are finding ways to encourage him. Good job of parenting!

He doesn't need to be like anyone else, only his authentic self, whatever that may be.

There are other ways of expressing oneself than words:
Creative dance; music; sketching; painting; sculpting; building; programming; coding; etc...

The perfect diversion; I feel like trying my hand at reverse poem composition now.

It takes a lot of patience to address the sensory issues with a kid, but teaching them to cope can mean the difference between a success and a wasted life.

The 'cleverest' of us do stupid things all the time.

Differences in cognitive skills sort of average out because we all have roughly the same skull capacity and we are the one species.

What we loose in one area, is made up in another.

The challenge as a parent and for every person, is to help ourselves and our children to be the best we can be, compared only against ourselves.

He's lucky to have a really good mom...

That being said, I had never thought about putting a reverse poem together.

I'm going to have to try it.... thank you for sharing it!

Poem reverse writing?
Crazy you are?

That is one awesome reverse poem. Thank you for sharing.

his challenge is handwriting,


Is that hand motor skill or thoughts getting lost in the fast flow due to slowness of mechanics of writing?

If it's motor skill, let him draw on walls with crayons. That's what my mom did. Wait! She didn't exactly let me. She tried to discourage me... a lot!

Okay, maybe something like a wall, but easier to clean. But the feel of crayons moving over textured drywall is just so soothing, I don't know what could duplicate that.

If it's the slow mechanics maybe a recording device like a Dictaphone, or app on phone or aren't there programs that do the writing while people talk, voice recognition or something?

For example, it's into his spelling. He has a phenomenal memory, but he can't recall how to spell words from day to day. He just finished 2nd grade with extremely high marks, but he still struggles some days to recall how to spell his name. Spelling just won't stick in his memory. Show him the same words in a book? No problem at all! In fact, if he needs to spell a word, he's more apt to recall what book has that word, go find it, and copy it from there.

And he has some motor struggles. Using utensils and tying his shoes are both still tough although he can. Tying is automatic, but he can't get good tension in the laces. His words and numbers are all sizes and there's no spacing on the paper.

He builds like a fiend though and constructs LEGO Technic stuff with no trouble at all. 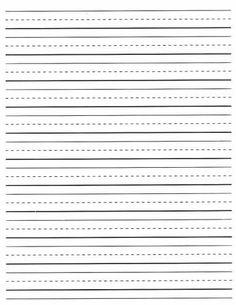 This kind of writing paper might help.
Lighter, fainter lines though.

I didn't get the hang of spelling until 4th Grade. The teacher threw an ice cream party for the class to celebrate my first A on spelling test.
edit on 4-6-2019 by pthena because: (no reason given)