The Catholic Church does not officially designate anyone as a victim soul. The term comes from the testimony of those who have observed Christians who seem to undergo a kind of redemptive suffering.

In reading life accounts of past saints of Christianity, it seems many experience suffered horrific acts of violence against their mentality....

St Gemma Galgani wrote... "Once more I have passed a bad night. The demon came before me as a giant of great height and kept saying to me "For thee there is no more hope of salvation. Thou are in my hands!". I replied that God is merciful and therefore I fear nothing. Then, giving me a hard blow on the head in a rage he said "accursed be you!" and then he disappeared. I then went to my room to rest, and there I found him. He began again to strike me with a knotted rope, and wanted me to listen to him while he suggested wickedness. I said no, and he struck me even harder, knocking my head violently against the ground. At a certain point, it came to my mind to invoke Jesus' Father "Eternal Father, through the most precious blood of Jesus, free me!" I then don't quite know what happened. That contemptable beast dragged me from my bed and threw me, hitting my head against the floor with such force that it pains me still. I became senseless and remained lying there until I came to myself a long time afterwards. Jesus be thanked!"

This suffering did not sit well with my concept of spirituality. It really turned me off Christianity, altogether. Its only by immersing myself in other religions that I finally understand the reason behind Christianity Victim Souls. In Tantric traditions, Kudilini rises through various gates called Chakra. Likewise in Judiasm Kaballah, light rises through gates sometimes called worlds of the Sefirot (aka tree of life). Christianity doesn't discuss deeper levels of spirituality (likely secret doctrine) but Jesus once quoted "The light of the body is the eye: if. therefore thine eye be single, thy. whole body shall be full of light.".

These gates have restrictions. They only receive light from anti-egoistic desires. No-one can pass the gateless gates meaning only those without ego, can pass. So the horrific acts of violence recorded against past christian saints is the actual destruction of their minds ego-construct. In becoming one with the Father all their self desires had to first distinguished.

If we don't want to taste death again we have to walk the desert as Jesus walked. To fight our inner demons.

You should demonstrate that souls are a thing before you start adding adjectives to them, probably.

Quantum Theory has demonstrated the act of observation affects reality. That all of reality is entangled within itself. Is that any different that what tantric traditions tell us. If reality is just a brane that vibrates then that is God. Its not a man depicted in Sistine Chapel ceiling. We are the universe and the universe is us. Thus the soul itself may be an illusion as well. As one connects with the all at deeper and deeper levels everything else may strip away into nothingness. 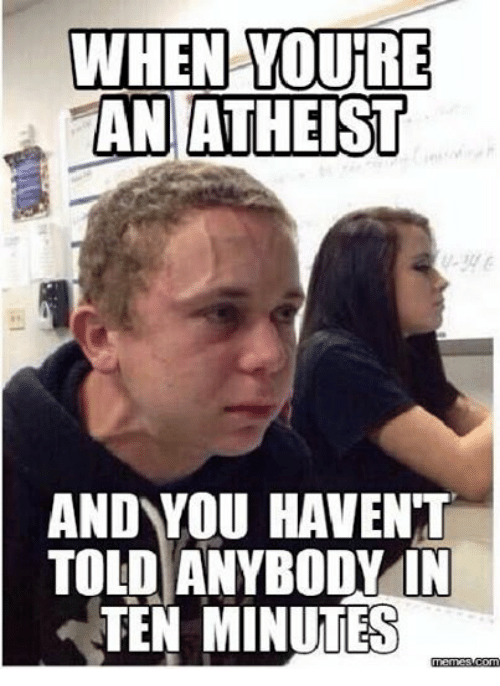 Actually, it reads far more like the church granted sainthood to many obvious schizophrenics back in the day.

True, it would be impossible to differentiate, yes.

There is something that bothers me sometimes. I'll quote this thing about ego first:


Ego as the Rational Part of Personality

It seems to me that the ego is very very important when it comes to living rationally. So much of what is taught as religion seems to denigrate the ego, like ego is a bad thing which must be disposed of somehow.

Do you define ego some other way than the Freudian?

Reminds me of soul scalping, this terminology describes those who have had any Christianity left in them removed leaving them with what looks a black eye.
Many high profiles have sported this so called black eye with no real explanation lately.

Pictures do not lie for the most part- even the pope sported this lately not to mention prince phillip, and many many celebrity's.

Kind of relevant. Clearly it's a ritual of suffering.

Yes, I use Buddhist view which is called atta, illusion of self. Everything that promotes the unbridled "me" (self-grasping and self-centredness) above the bridled "l". In Buddhism its said to be the source of all suffering.

In effect, if one seeks heaven that's also self-centredness. Unless one wants to attain heaven/enlightenment for the sole purpose of helping others escape suffering.

So it's not about denying the self. More about expanding one's self to include all.

Never heard of soul scalping. There are many evil things on this earth. All we can really achieve is to better ourselves. Not let our mind dwell in fear. But turning to the light.

posted on Jun, 1 2019 @ 10:45 AM
link
It kind of the main theme of all three Abrahamic religions and the original sin story. Judaism was similar it just that the main antagonist was God more or less in the literature like fearing God above all else, or where Angels are technically even adversal like demons.

Another thing about Judaism is that it never really focuses on an afterlife even though they believed in a netherworld. Christianity and Islam on the other hand emphasize heavily on an things like fate, afterlife, and even prophecies. True the Jews could of been an overzealous bunch in ancient times much like the radical Muslims but things change I guess.

All three do imply some sort of gate of sorts, like Eden being guarded by fiery cherubs, or Heaven having pearly gates built like a fortress, while hell has its own too but it open 24/7.

Gnostics has similar things but it more about a Mother trying to bring her son into paradise, who is the said father of creation.

Huh? Maybe you could muster a complete thought next time?

More like realizing that endless and self-gratification/selfishness has consequences like ripples in the pond. That doesn't mean you cannot ever gratify the self, but that you need to think about how your choice to do might or might not impact others.

For example, at the dinner table there may only be one last serving of a dish, and you might want it. But what if you aren't the only one who wants some? Do you selfishly take it or do you ask if others might also want some? Each choice has consequences like ripples. Consider others as you do yourself. Love others as you do yourself. If you would feed that last bit to yourself, then shouldn't you also offer it to others?

"Consider others as you do yourself"... Perhaps I am reading more into it than what was intended but giving to others is giving to yourself. So we should never look at it as a gift that just appeases our ego, more so an obligation, to ourselves. Thank you for the clarification.

Hmm, more like ... if you like it or want it, so will others, and what makes you any more worthy than those others to have it, especially if you did not a thing one to earn it or make it for yourself? It feeds back to something my parents drilled into me relentlessly as a kid, "It's not all about *you*". Even if you make it for yourself, you don't always have to have it all. Sharing is a good thing because what goes around comes around.

I know that sounds all cliche and stuff, but it's true and all are good habits to get into. None of us is alone in the world, and generosity of spirit is what helps everyone.

shall we count the number of threads of christians who just can’t wait to tell everyone?

Sometimes, you need to explain what perspective you're coming from and at other times you don't.