Water Races UP To Storm - Rare Event Captured on Video

In a rare occurrence water races up to a storm by Guthrie Oklahoma 5/28/19.

The thunderstorm caused the pressure to drop very rapidly and sucked the condensation out of the trees. This weatherman has been doing the weather for a long time and said he has never seen anything like it. Anyone ever heard of or seen anything like this before?

The video is not the best. It was recorded off a TV. Did a quick search but I could not find the footage elsewhere. 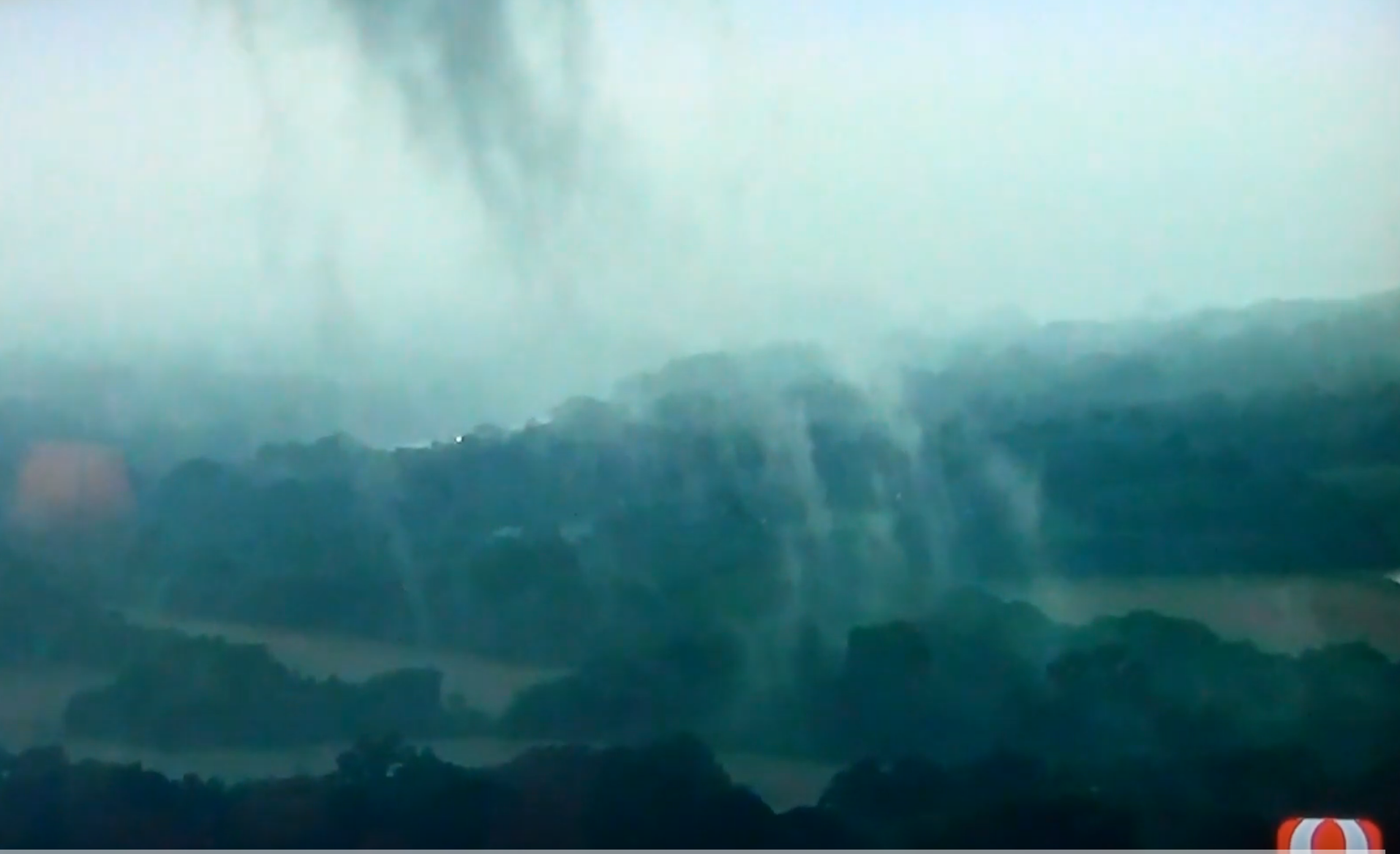 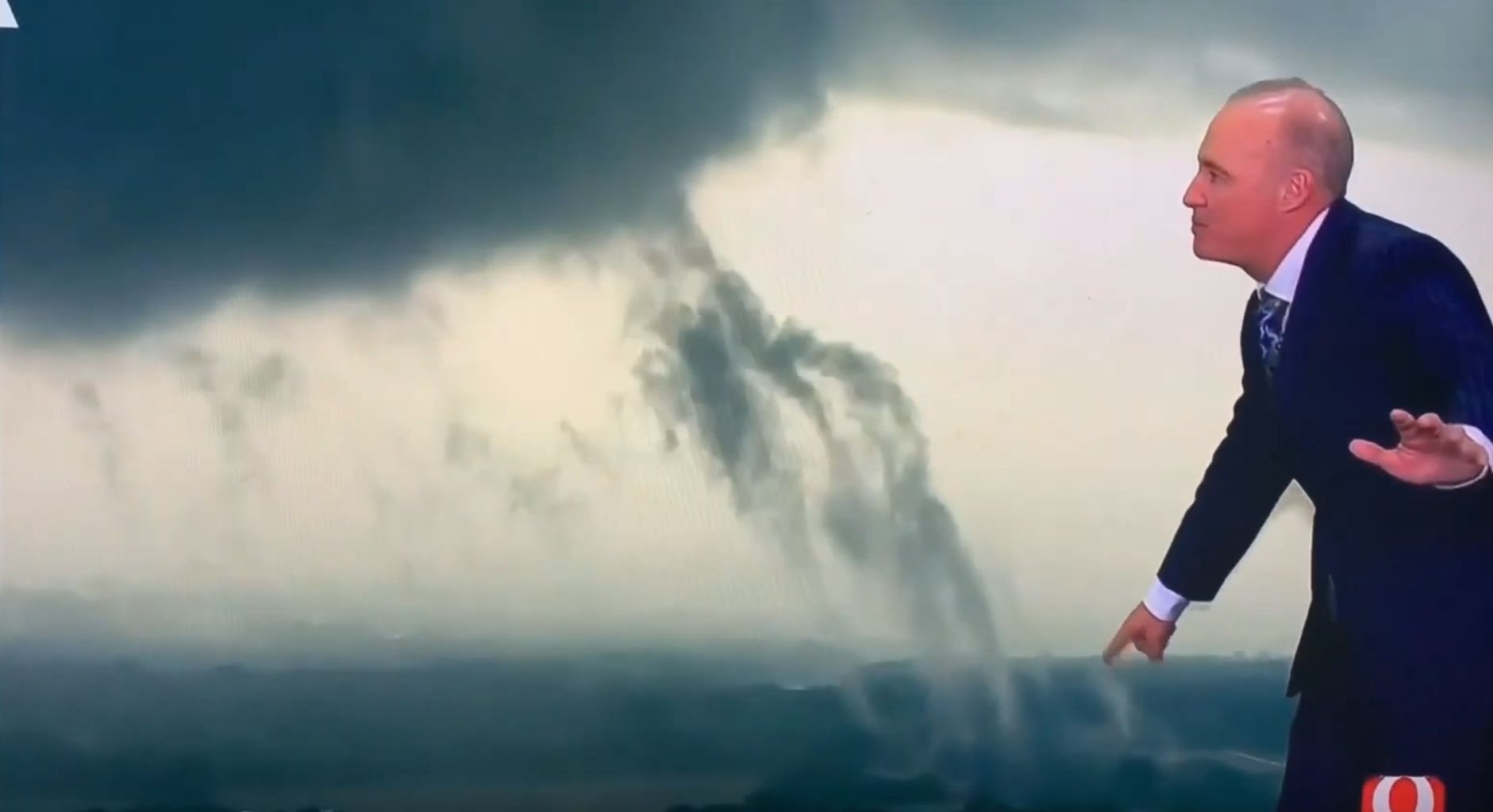 posted on May, 29 2019 @ 10:37 PM
link
We've had so much water around here this year that I can believe it. Those supercell thunderstorms do wicked things with air pressure. Have you ever seen a spinning mesocyclone or wall cloud pass over you?

I'd bet this sort of thing would be more common in tropical areas around the equator, but right now, our ground is so super-saturated that there's just water everywhere to provide that kind of vapor.

originally posted by: ketsuko
Have you ever seen a spinning mesocyclone or wall cloud pass over you?

No I have not. I hope to never see that live.

That is my only basis for comparison... I have never seen anything else like it.

I have been directly under a rotating wall cloud, on several occasions. It is such an EERIE feeling. Twice, I watched tornadoes touch down within a few hundred yards of my location. What strikes me, in hindsight, was just how mesmerizing it was to watch...

This could be a clip from an alien invasion movie!

They came for our water! The Transpirators, In theatres everywhere, June 20th

posted on May, 30 2019 @ 04:47 AM
link
I mean I've seen clouds directly forming off of mountain lakes in the morning but that was peaceful not during a storm and the only comparison I can think of.

Mental! I'll bet there were a few poor souls around there with crazy headaches and migraines!

We had a wall cloud (I think?) over our place last summer, it was quite the sight to behold, for sure, 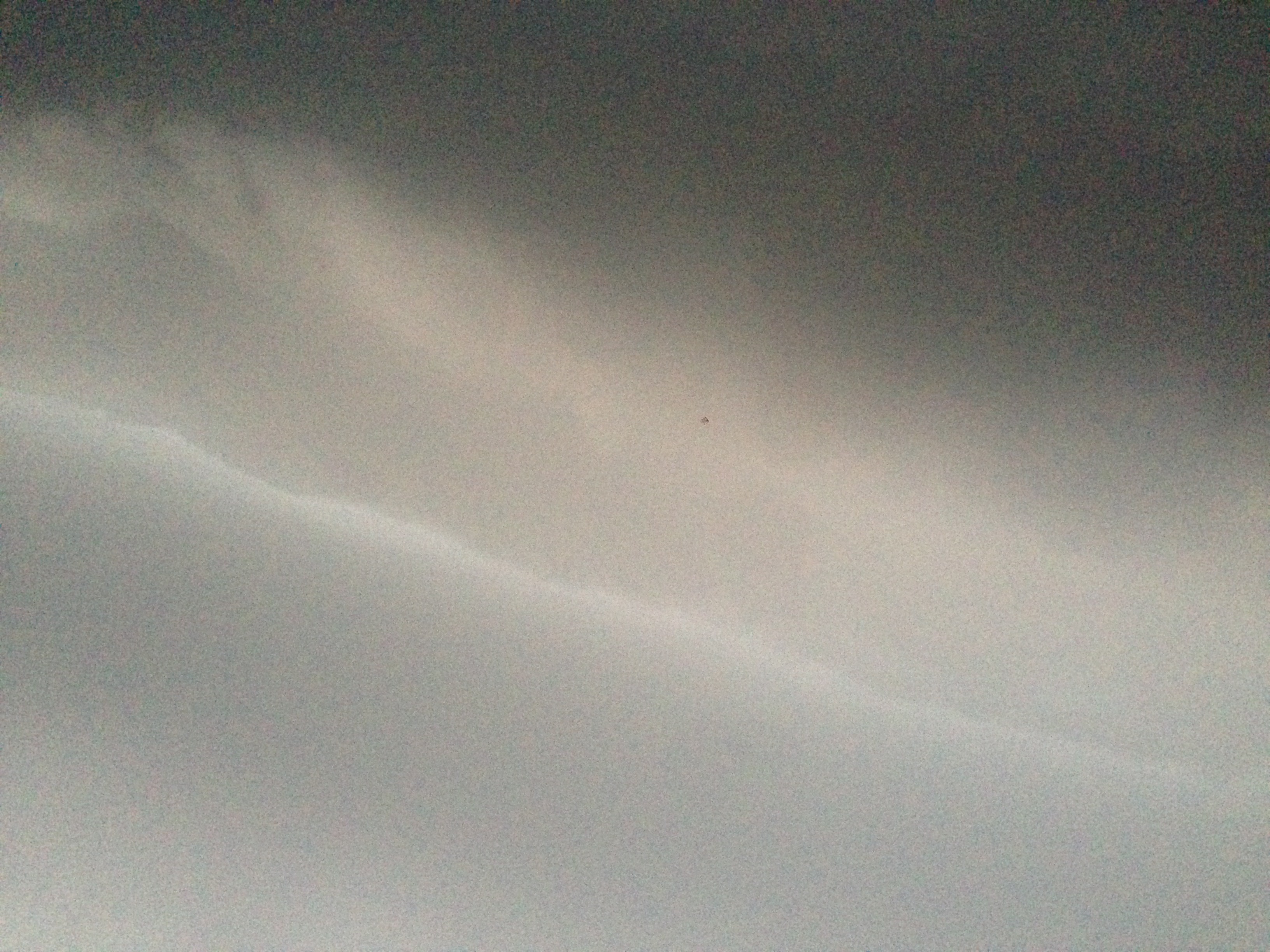 I have other, better photos, including a great panoramic, but they won't upload as I'm guessing they're too large (I'm on phone at the minute so can't resize, sorry).

edit on 30/5/2019 by MerkabaTribeEntity because: Fixed autocorrect again, damned thing

That mesocyclone was on the edge of huge thunderstorm, and I remember dad yelling back into the house at mom something about being prepared to have a lot of wind. It was sort of like a distinct shelf cloud you sometimes get on the leading edge of a big storm except those don't rotate like a giant cylinder like this one did.

It was creepy and really quiet.

The scariest weather event (to me anyway) is how calm it gets right before a tornado. It's the most peaceful calm you've ever experienced...then all hell breaks loose! That's freaky!

I was standing in my parents driveway one day looking up at a "greeny meanie" headed our way. It was about 85 degrees outside at the time. It got really windy for about 10 minutes, and you could feel the temperature drop about 30 degrees. Then it was just perfectly still. There was literally no sound at all, no wind, nothing. It was like being in a soundproof booth. The temp was a delightful 65 degrees and it was just perfectly still. No birds chirping, just silence. It stayed like that for about 3 minutes.

Then, just like that, it sounded like someone dumped a ship load of marbles out of the sky. Hail everywhere. In about 2 seconds the winds picked up to about 60mph and there it was...a giant funnel cloud menacingly passing directly overhead!

The tornado touched down about a mile away, and all the crazy stuff you read about happened. Right at the first point where the tornado touched there was an intersection with stop signs. The tornado ripped one of those stop signs of and flung it like a buzz-saw across the street into this guys house. The stop sign sliced through his entire house, went through the exterior wall, four interior walls and out the other exterior sidewall into his back yard! Tornado didn't touch his house other than slicing a hole all the way through it with that stop sign! Crazy!

originally posted by: Flyingclaydisk
Isn't this how a waterspout works over the ocean (i.e. the water rises up to the cloud)?

I am not sure, but I always thought a waterspout was more like a tornado that lifted up water.

Where this was rapid and visible evaporation, adding to the existing thunderstorm.