page: 1
39
<<   2  3  4 >>
log in
join
share:
Dfairlite
+27 more
posted on May, 29 2019 @ 10:47 AM
link
The silent boy scout finally speaks. Unsurprisingly he continued playing his part. He insisted he was unable to come to a conclusion on whether trump obstructed justice because he couldn't consider charging him. What a cop out.

Mueller says that criminal charges are off the table because of the OLC policy against indicting a sitting president and says that there are other means for handling/determining if a president committed crimes (obviously referring to impeachment).

The second point really needs to be driven home. There cannot be obstruction without illegal activity. Insistence of your innocence, frustration with an investigation into you, and free speech are all rights we enjoy, they are not illegal. Trump did not obstruct justice in any way shape or form because he never did anything illegal. Even if he had fired mueller it would not have been obstruction because he had the constitutional authority to fire him. Ergo, it was not an illegal action. The entire point of a defense lawyer is to "obstruct justice" in the view that mueller seems to be pushing.


ETA:
One other point mueller tried to make: it would have been unfair to charge someone who could not defend themselves in court. So is he saying he thinks he should have been charged but since he couldn't be mueller didn't want to accuse him of breaking the law when he can't defend himself in court?

If that's the case, then why is mueller de facto accusing trump of a crime, right now, in public? Oh, because some rabid TDS sufferer's are willing to buy that mueller is a boy scout who didn't want to rock the boat, all while watching him rock the boat. It's sad and funny all at once.

But maybe more importantly, his report was not supposed to be made public as a matter of law. Therefore his finding of criminal obstruction or not is irrelevant to making an accusation that the person cannot defend in court. No one would even need to know, as far as his report is concerned. It's such a sham that he didn't want to accuse someone without them being able to defend themselves in court. If that were the case he would never have even issued a section on obstruction. As a boy scout it should have either been charge or no charge, not this wishy washy in-between he is trying to ride. You don't say, hey we're not going to charge this guy but he's guilty as sin (just like comey did to hillary). It is prosecutorial misconduct. You either charge, or you shut up. It's really that simple.
edit on 29-5-2019 by Dfairlite because: (no reason given)

in the end, he stated the report is his testimony. So anything anyone wants to know or do, has to reference that. It's already known what it states. Dems are still free to Impeach as they see fit. It will still sink their efforts quicker than any other action they could take, but it's still an option. Ball is in Pelosi's court. How quickly does she want retirement?

As mueller praised barr, it appeared to me no daylight between barrs decision and muellers.

I don't expect anything less of the house. Because why do their jobs on fixing problems in the country when they can appease their base and get soundbites for 2020.

If they were smart they'd drop it and just run out the next two years while passing real beneficial legislation to help address some of our neglected aspects that have ailed this country. I won't hold my breath.

Well if one is to infer what mueller is alluding to, it's because they were confident that the presidents campaign did not commit a crime. It would only be logically consistent in this scenario. IOW we don't think trump colluded, but we do think he obstructed. So we can exonerate on the first charge but we cannot charge the second so we were unable to reach a conclusion.

But barr and rosenstein laid that to rest by saying he was disregarding the OLC opinion and his recommendation would be no charges on obstruction.

The entire purpose of this statement today is to push impeachment. To infer that trump committed a crime. To attempt to hamper his approval ratings (to make impeachment palatable).
edit on 29-5-2019 by Dfairlite because: (no reason given)

He didn't want to testify before Congress,so maybe this was a deal or a way out by speaking to the public. This gives the dems a little more wiggle room but very little. Let them impeach if they want. Won't go very far.

I agree, but then the whole thing was just a smear if they understood in the beginning that the potus could not be charged.
As no other american was indicted for conspiracy or obstruction the entire event was no more than a political event designed to smear the president. 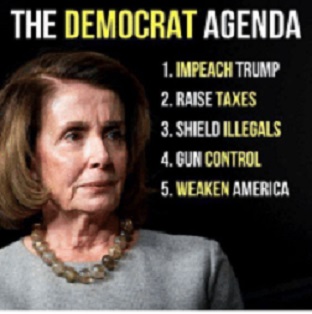 
Why was there not the same "i couldn't charge" disclaimer with the conspiracy with the russians portion?

And at the same time, as the grand jury alleged in a separate indictment, a private Russian entity engaged in a social media operation where Russian citizens posed as Americans in order to interfere in the election.

These indictments contain allegations. And we are not commenting on the guilt or innocence of any specific defendant. Every defendant is presumed innocent unless and until proven guilty in court.

As for the obstruction of justice by a sitting president, Mueller explains why he couldn't even consider alleging the president committed a crime.

We did not, however, make a determination as to whether the President did commit a crime. The introduction to volume two of our report explains that decision.

It explains that under long-standing Department policy, a President cannot be charged with a federal crime while he is in office. That is unconstitutional. Even if the charge is kept under seal and hidden from public view—that too is prohibited.

The Special Counsel's Office is part of the Department of Justice and, by regulation, it was bound by that Department policy. Charging the President with a crime was therefore not an option we could consider.


And second, the opinion says that the Constitution requires a process other than the criminal justice system to formally accuse a sitting President of wrongdoing.

It couldn't be plainer, in my opinion. The facts are the facts. A trial has to be conducted before one can conclude that a crime was committed. The only body capable of holding that trial, in this case, is Congress.

posted on May, 29 2019 @ 11:38 AM
link
Innocent till proven guilty. since they could not conclude by law that any standing president is guilty in this matter, they did not focus on the evidence since doing so is impossible for them to say he is guilty. They provided the evidence but that evidence needs to be interpreted by the laws of the land....right now, since Trump was not found to be colluding with the Russians, his actions come into protecting himself from illegitimate procecution. The Press is actually obstructing justice more than the White house has ever done, how come they are not being considered to be charged, how come the people who made and promoted the false dossier and not being charged with obstruction for supplying and pushing false evidence?

Not once in Muellers statement does he say that they should start impeachment, he just says that his team could not make that determination as to whether Trump obstructed Justice. The left is twisting this as usual.
edit on 29-5-2019 by rickymouse because: (no reason given)

originally posted by: shooterbrody
This from your quote

Mueller did not say that Trump committed a crime or that he did not commit a crime, it was not his authorization to say either way. He did say they did not have legitimate evidence to charge Trump though. Mueller is not saying trump committed obstruction. The speech does nothing but fuel conflict, Mueller does a real bad job of getting to the point.
edit on 29-5-2019 by rickymouse because: (no reason given)


why the double standard, if not to smear?

You should have continue reading a little further down.

And second, the opinion says that the Constitution requires a process other than the criminal justice system to formally accuse a sitting President of wrongdoing.

Have to wonder why Bueller didn't charge any of the obstruction co-conspirators. 😎

They (if they exist) aren't immune are they?


It would be unfair to potentially accuse somebody of a crime when there can be no court resolution of an actual charge.

so it was all just a smear exercise?

That's not what he said.

Mueller did not say that he appreciated Barr stating "no obstruction", "no collusion". He appreciated that Barr made the report mostly public...

Good point. That's why it's pretty obvious that Bob Mueller is working on behalf of President Trump. They both want the house to start impeachment proceedings.