Is the Liberal Hour Ending in the West?

page: 1
22
<<   2  3 >>
log in
join
share:
727Sky
+2 more
posted on May, 28 2019 @ 06:55 PM
link
2019 just may go down in the history books as to when the open border NWO socialist crowd started losing their grasp on the carefully planned agenda. It kinda started back in 2016 with America's election and seems to be spreading to other countries who actually like their civilization and are disregarding the "we are evil and deplorable" for a more "screw you" attitude at the ballot box.


Hillary Clinton called them "the deplorables." Barack Obama called them losers who "cling" to their Bibles, bigotries and guns.

To President Jean-Claude Juncker of the European Commission, they are "these populist, nationalists, stupid nationalists... in love with their own countries."

Humm how to win friends and influence elections ?

Well, "stupid" they may be, and, yes, they do love their countries, but last week they gave Juncker a thrashing, as they shook up the West and the world.

Elections in the world's largest electoral blocs -- the 28-nation EU, and an India of 1.3 billion people -- showed that the tide of nationalism continues to rise and spread across Europe and Asia.

Even Germany's leadership is now on shakey ground which to my way of thinking is a good deal. Open borders and migration has done what for Germany ?

As in most things we will have to wait and see how some of this shakes out...but I would bet if the newly elected bunch does not deliver on their promises they too will be gone in the next election cycle.

These technocrats sure know how to appeal to the masses, don't they?

How dare citizens care about their own countries?

Don't they know how their European Union Overlords love them?

Simpleton citizens will never understand any of this, that's why they need to be controlled by the huge Cog in Brussels.

Like Dani said in GOT's, we need to break the wheel.

The former is an idea that appeals to the intellect; the latter, rooted in love of family, faith, tribe and nation, is of the heart. In its potency to motivate men, liberalism is to nationalism what near beer is to Bombay gin.

I'll drink to that. Cheers.

And who can they blame?? Not the ‘right’.

Germany England France Italy Canada Australia United States the list goes on. Bye bye left. Your hate, your division, your racist diatribe has been rejected by the vast majority.

The future of western civilisation is actually starting to look good again. Fascism is now being rejected, much to the dismay of the media and the easily-manipulated whackjobs they fool on a daily basis.

The only issue now is the imminent attacks and assaults from leftist clowns HONK HONK who cannot cope with the widespread rejection of their insanity.

They’re the only ‘side’ who believe it’s acceptable to physically attack those with a different opinion.

Thankfully they’re not only the most physically ineffective group among us, they’re also an extreme MINORITY now.

Someone once tried to explain to me that globalism was an attempt to end all the wars on the globe and that nationalism brings about war.

So if we're ALL under the boot of our authoritarian overlords, there'd be no reason to fight!

Of course little things like nationalism, freedoms, rights, liberties would be gone. . . but hey! Glass half full! NO WARS!

posted on May, 28 2019 @ 07:58 PM
link
Biden is also in on the action.
Now we are called Dregs of society.
Not sure what the think be name calling a potential voter to be swayed.

Fortunately the same type of wall wasn’t fully erected in the United States.

But you can bet your a$$ a different type will be. 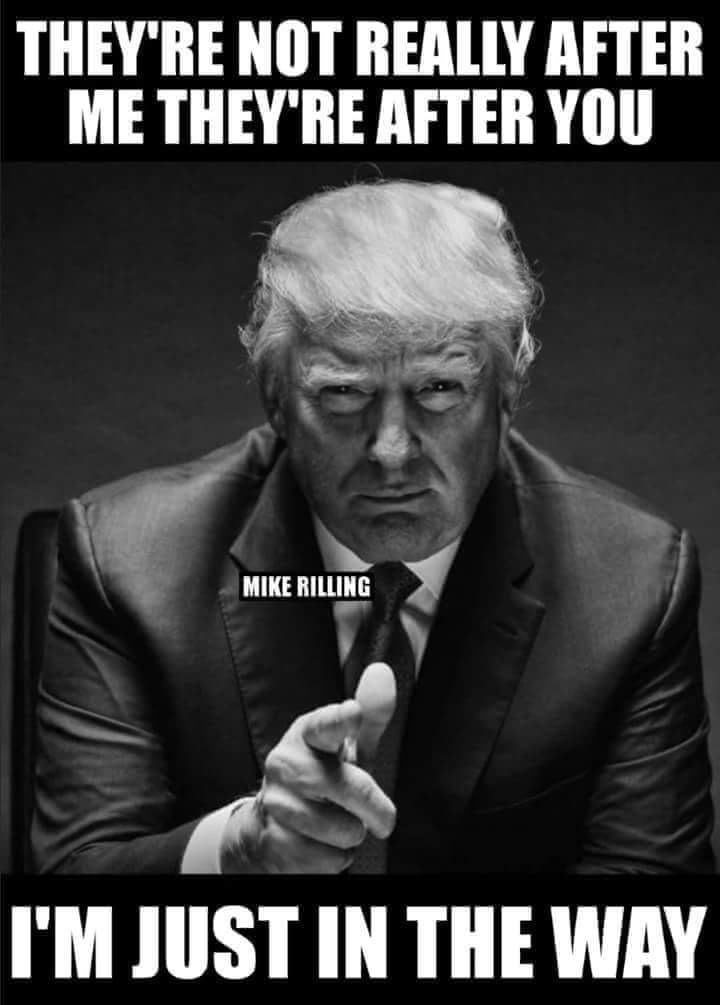 Australia also had a federal election a fortnight ago in which the left wing party had been all but assured a victory for months, only to be surprised by the conservative party snatching victory with a simple majority (ie. they didn't need to form a coalition with other minor parties to govern).
edit on 28-5-2019 by Rewey because: (no reason given)

originally posted by: Rewey
a reply to: 727Sky

Australia also had a federal election a fortnight ago in which the left wing party had been all but assured a victory for months, only to be surprised by the conservative party snatching victory with a simple majority (ie. they didn't need to form a coalition with other minor parties to govern).

Which is bad news for the left.

posted on May, 28 2019 @ 08:29 PM
link
This is what happens when a political movement embraces the ideology of "the beatings will continue until morale improves." Western society is growing tired of being simultaneously thrown under the bus for all of the world's woes, being accused of being over-involved around the globe, but still is the absolute first group turned to when someone needs money or assistance anywhere around the globe. They tugged on Superman's cape and spat in his face once too often, now he's showing them his middle fingers.

posted on May, 28 2019 @ 08:47 PM
link
There was a piece in the NYT by Ross Douthat where he talked about why liberalism loses. He still thinks it's obvious that most people are liberal, but he thinks the problem is that they're only liberal in a narrow way. One person might be liberal on one issue, but not on others. So when the modern liberal politician runs on all hard liberal positions, they lose nearly all their potential voters because a voter they might pick up on one issue could be completely alienated by the stance on another one. And they don't vote based on that.

The left: You can look different. You can screw different. But God help you if you believe different.

posted on May, 28 2019 @ 09:20 PM
link
Most people are smart enough to see that the globalists are merely a reincarnation of the colonialists. Ironically enough, these globalists actually use the specter of colonialism to sell their globalism to these useful idiots. It is astonishing how little people actually think things through these days. There are myriad examples in modern politics of one faction becoming exactly what they hate. Of course, everyone is obsessed with controlling everyone else who is opposite of themselves. And you only seek to control what you what you don't like. And what you hate about others is typically what you dislike most about yourself. So I suppose it makes sense that all of these ideologies of control are really nothing but ideologies of hate.
edit on 28-5-2019 by sooth because: (no reason given)

That’s because leftist beliefs are childlike. Based on feelings and little else.
Facts are the enemy
Statistics are racist
Real life experience and historical proofs mean nothing
CLOWN WORLD

They’re still a tiny insignificant minority though, thanks to the ‘leaders’ the the media
edit on 28 5 2019 by Breakthestreak because: (no reason given)

I think both sides do that when they hold the power. I've only voted for an R or a D in one presidential election.

I couldn't agree more the left got obnoxious, and worse, felt entitled. They still haven't gotten their house in order even though the writing is on the wall why they lost.

Worst yet is the all or nothing mentality. The few moderated they have don't pull the good from each side IMO. It's republican lights (in the wrong way) or flaming libs.

And their recent demeanor has polarized otherwise independents to the right. Their snafus are driving things in the wrong direction.

But the right is getting cocky, and exhibiting some of the same behaviors they did after their "victory". And now that the rules are all or nothing, it will be Russian roulette from here on out on who #'s up and elects king asshole. We're not there yet, but everything is primed for people to pick the lesser of two evils in a scenero with a low bar.

They are to busy chatting to vote . Just tell them the election is November 12th and we will be fine

I thought that's where we just were.

Douthat is talking about being about to rope in a guy who maybe agrees on climate change, but gun control is a automatic loser for him as the left currently presents it. The lady who supports higher taxation for social programs and gun control, even some abortion rights ... but the New York abortion on demand bill is just a bridge too far and disgusting and left's full-throated support for that agenda all over completely turns her off.


My daughter recites the Pledge of Allegiance and knows all about our Flag.

There is hope, we just have to reach out and...lead the way.

I don't like where this has led so far, and I'm not particularly confident of the future.
edit on 28-5-2019 by CriticalStinker because: (no reason given)

posted on May, 28 2019 @ 10:14 PM
link
I sure would not want to be part of the EU. The common people there have lost their freedoms at an increasing rate. The heads of the EU think they are going to be the rulers of the world, using ad hominum tactics to blast anyone who challenges them. They want to control the whole world. It is a game for them.

If the People in Europe want that, I say they can have it. We all know what happens when a group gets too much power, they abuse it and try to make people fear if they lose power. It is a normal dictatorial practice, brainwash the people of a nation to rule over them. Nothing new in Denmark, same ol same ol.