Yeah yeah...wake me up when it gets here.

Resolution would require acknowledgement and some form of justice.
The people in question are not capable of such imo.


It's politics, so you're correct, hence my sentiment.

posted on May, 28 2019 @ 12:10 PM
link
Dont worry
They will serve you the green jello today
It will be ok
It is just the left msm acknowledging what you have read here.
By now you are used to being wrong.
Your lies and denials are over.

The amount of denial is astounding, its why the acknowledgement from the msm is suprising to me.

The msm has ignored this for as long as they can. I suspect the IG report is coming soon and very bad for the former administration.
But ATS has been saying this for years.

I agree with you 110% brother. Like many of us, I wanna see action. I want to see someone other than a regular old joe blow citizen actually pay for their crimes against this country. I want to see them face a military firing squad without blindfold. I want it televised. I want to see the look on their faces when the crimes they commited are read out to them in those last moments. I would get so much relief, NOT PLEASURE, from this. I can not in good faith believe in the power of our 'people elected' government until that day comes, not even a smidgen. 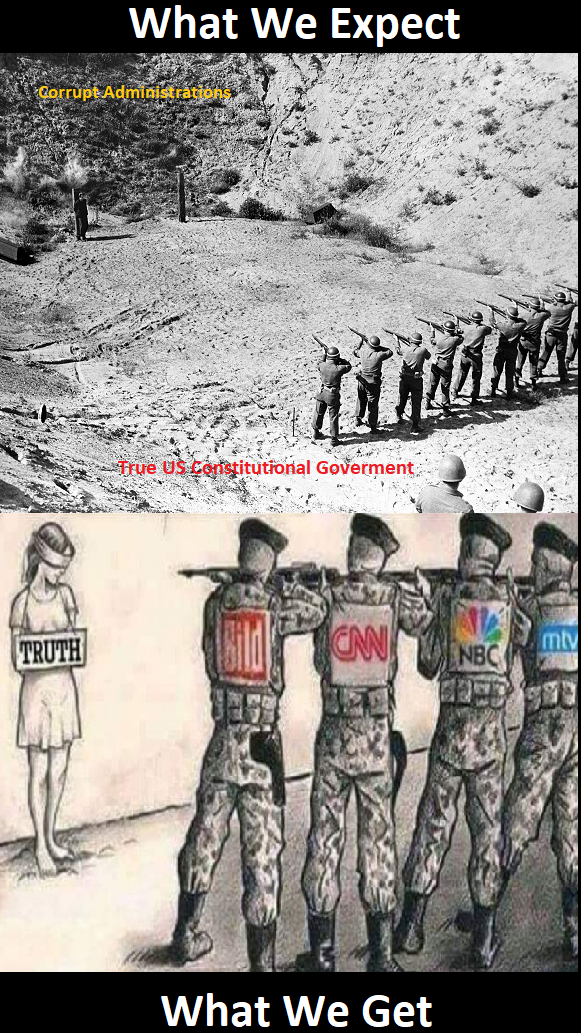 Unfortunately, my prediction is that Hillary & Obama will die of old age before any substantial charges are levied against them. They are dirty, and everyone with a lick of sense and a modicum of intellectual honesty knows they are corrupt.
But that in no way guarantees that we will ever see any real justice.
Obama knew all along that Hillary was lying about not having classified emails on her server, but he kept the dirty secret along with the rest of his administration and the complicit press.

the crime of betraying one's country, especially by attempting to kill the sovereign or overthrow the government.

Making up crap-definitions to protect your ideological masters is a poor way to start off a Tuesday.

but he kept the dirty secret along with the rest of his administration and the complicit press.

The press aids the establishment (both parties).

These dirty secrets will continue so long as partisans only focus on their opposition... Both point across the aisle and say well they do it too... When both are wrong.

For instance, you don't hear much about Bush's private email server, which contents got deleted. He was wrong to hide things from his employer just as Hillary (who got the idea from Powell) is wrong.

You can be defined as treasonous while the law can't charge you for it.

To get charged with Treason in the US, it has to be proven you were aiding a foreign enemy... Or else it's sedition which is still a very high crime.

Which the constitution defines as sedition (if foreign enemies aren't involved).

I don't like the Democratic party, and I want them, and Republicans to answer for their misdeeds as much as anyone else. But when we cheer one side so much we allow terms to lose their meaning, and give power to the government, we end up with a loaded "justice" system that has more power than we have rights.

By definition, that could fly, but not legally, nor should it.

My personal bet is that the indictments never come..


I have only seen a trend of claiming vast felonious malfeasance, then nothing at all happen..

No credible evidence is presented, except on conspiracy sites..

No charges are ever pressed..

The real question is WHY???

Trump and the republicans owned every section of the government for his first 2 years.. they still own most and The fbi/cia/exc heads are all appointed by trump.

So is trump covering up for hilldog and co???

Or was it all a fabrication in the first place...

It would have to be a foreign enemy. With the advent of super pac's, we've seen many times foreign entities are involved in our political system, and I think that needs to change.

The reason I'm stringent about this is because each cycle both sides like to break the rules and change them so the ruling class has more power and less transparency. So when partisan people's guy is in the chair, they say those who go against him are treasonous... All while we get lied to by the government, and if you whistleblow to tell the truth (which used to be protected), you get hit with the espionage act, your intentions are not allowed to be discussed for your trial, and you go to prison.

While some may not see a threat in giving those kinds of power to this administration, we don't know who will be in the office the next administration.

Foreign, but not an enemy. I don't like that foreign entities are involved in our system, but neither party will try to prevent that.

Our elections should be purely domestic, and while I wouldn't call receiving help from a foreigner treason, it should be punishable in the context of our elections.

While I don't necessarily agree with the violence, I DO think the punishments need to fit the crimes to show others that this is unacceptable and there WILL be consequences. The punishments themselves? Highly protected Grand Jury's.

In my own humble opinion, Hillary intentionally left her server unprotected, with classified documents, knowing full well certain foreign governments would have free access to them. Hilary likes to pretend to be naive when it comes to technology but that is nonsense. It is no coincident that the offers by foreign governments for her to give short speeches for huge amounts of money, dried up when she lost the election.
I am just a peasant and have no means of proving it, but whenever her name is mentioned, my corruption alarm goes off.