Muslim mass migration - has the world finally had enough?

page: 1
42
<<   2  3  4 >>
log in
join
share:
Vroomfondel
+19 more
posted on May, 27 2019 @ 02:57 AM
link
It is no secret that mass muslim migration has been happening all over the world. Some saw it as a form of jihad. Seeing as there is really no allowance in islam for peacefully co-existing with Christian religions that idea isn't far fetched at all. The violence that has followed the muslim migrations is no coincidence. European nations have seen more than their fair share and it seems they have had enough. Unlike the US, European nations actually get together as a people and use their votes to make changes.

In Hungary the Fidesz alliance with the Christian Democrats won the European Parliament election with 52.14 percent amid a higher-than-projected turnout in Sunday’s vote. Coming in second was the DK party with 16.26 percent.


That is a pretty resounding victory. The people have spoken and the message is clear - no more mass muslim migration. Period.

Poland's ruling Law and Justice party (PiS) surged to a clear victory in Sunday's European Parliament vote, a stamp of approval for the party's nationalist, eurosceptic platform before a national election later in the year.

The strong showing by PiS will bolster a growing chorus of populists in Europe who share the broad goal of returning power to EU member states and strict limits on immigration.

PiS had framed the European ballot as a battle against Western liberal ideals, which it says threaten the traditional way of life in Poland, a staunchly Catholic country.

Us liberals are so screwed up they are even affecting elections in Europe. But seeing how messed up liberal controlled cities and states are, which is plainly evident to anyone who cares to look, its no wonder Europe wants no part of it.

Now if we could just unite as one and make some changes in this country maybe other countries would not see us as an example of what not to do.

Open the U.S borders and they all would love to migrate there, so we European can breathe in peace without being raped by those complaining nations with their migrating workers.

Poland and Hungary are notorious Christians, and are hardly an example of EU waking up. They have been going against the migration since the beginning.

It's the so called eastern block of countries that was always against it.

You really believe that don't you.
edit on 27-5-2019 by hopenotfeariswhatweneed because: ugh quote failure

Yes, the world has had enough but our NWO puppet masters have not.

The issue should really be examined in its entirety.

We know there is an agenda to reshape the Middle East. We also know that these nations dont pose a threat.

The attacks are based on lies.

Its literally non-stop: Trump is dropping more bombs than Obama.

With their infrastructure destroyed and their countries littered with thousands of tons of radioactive depleted uranium bombs, these people have no choice but to leave.

But this is all part of the NWO agenda because its infinitely easier to occupy and steal land when its deserted which is why people are being forcibly relocated.

So if we want these people to stay where they are, we first have to stop destroying their homelands.

Which is very unlikely.

Looks like Iran is next on the chopping block so we should probably be prepared to "accept" more Muslim refugees. 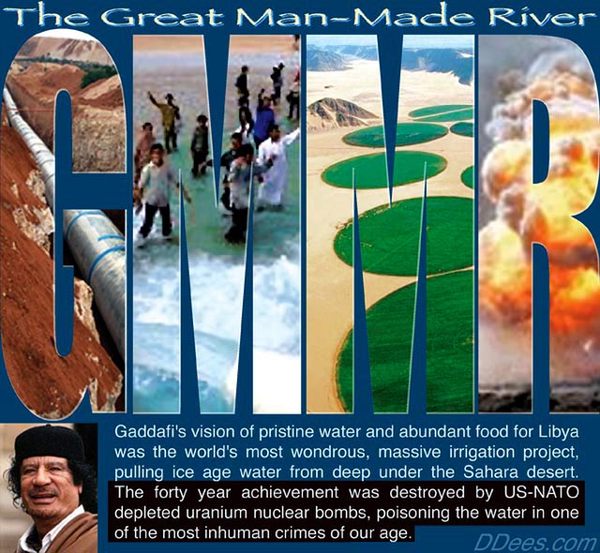 I am sick of hearing about *human rights*

whose human rights is being infringed......

posted on May, 27 2019 @ 03:59 AM
link
"Europe has not yet learned how to be multicultural. And I think we are going to be part of the throes of that transformation, which must take place".

"Europe is not going to be the monolithic societies they once were in the last century. Jews are going to be at the centre of that".

Who are you, or the Jewish State to make these monumental changes to these sovereign countries?

"It’s a huge transformation for Europe to make. They are now going into a multicultural mode and Jews will be resented because of our leading role".

Is this Antisemitism, or just plain frustration and anger that a foreign entity is dictating their immigration policy?

WHY?...... WHY wont Europe survive without this influx (Invasion) of Immigrants?
Tell us Barb...

You really believe that don't you.


Yes, I do. US liberals are screwed up, bad. And if you read the articles you would have seen that some of these other nations do not want their countries to fall victim to the stupidity they refer to as "western liberal ideals".

True, but the articles are stating that the large margin wins are signaling that other nations may start following along. In an overly pc world, it only takes one voice with a common sense message to show others that they too can use common sense and stop being pc out of fear of retribution from the party of tolerance and acceptance.

You obviously didn't read the articles. They speculate that these large margin wins suggest more nations will follow suit. That is why I asked the question instead of making a statement. it encourages intelligent discourse...from which you are excused.

Its really sad when someone tries so hard to be clever and screws it up so badly.

MASS islamic migration can ONLY bring positivity and positive change to the ultra-oppressive hate-culture we call ‘Western Civilisation’.

Islam on the other hand is a loving culture where ‘tolerance of others’ is the highest virtue.

We must ensure that a MASSIVE portion of ALL western countries is made up of followers of islam.

How could anybody possibly have ‘had enough’ of MASS islamic immigration?

If you can't stay on topic and say something intelligent please don't bother responding.

The articles state quite clearly that the belief is these large margin wins by anti-mass immigration parties may be signaling the beginning of a larger movement in Europe. It is no secret that Europe has had its share of problems due to mass muslim immigration. Many people believed right from the start that it was only a matter of time until indigenous people got tired of seeing their heritage and way of life disappearing before their eyes. I can't say I blame them.

There are so many issues with muslim migration I won't bother trying to list them here. It is common knowledge anyway.
edit on 27-5-2019 by Vroomfondel because: (no reason given)

It’s only the truly thick and the wilfully ignorant who believe that ANY islam is ‘good’ for ANY society.

It’s exactly the same, if not WORSE, than claiming ‘nazi immigration is good’ or ‘you don’t respect the kkk because you’re hateful’

Islam is hateful, hateful, intolerant ideology. The worst of any that anybody can name.

How it is allowed to be tolerated is beyond me. A true rape-culture that makes no apologies for its bigotry, supremacy and hate.

I’m not claiming that any muslim should be subjected to any laws or regulations that I’m not subject to myself. I’m just saying that ‘islam’ should be openly shunned, openly ridiculed and openly mocked. It should be cast out of any decent society along with nazism and other hateful ideologies.

Some will claim it’s a religion (they’re only half right) and say ‘what about christianity?’

Who cares? I’m no christian. I think any theistic beliefs should be open to ridicule and mockery.

But islam. Should be illegal. In Saudi Arabia, let alone in Europe.

Australia. Canada soon. France soon, look at Le Pen!!!!
England definitely. The States is 100% staying with Trump.
Even New Zealand voted ‘right wing’ but were duped due to their electoral system.
All of Scandinavia will tip ‘right’, hopefully it’s a massive pendulum swing up there.

Everybody who’s been exposed to first hand sight of their beloved home being subjected to islamification will 100% be kicking the lefties out of power.

To wish such a future for our descendants is indeed a crime against humanity.

you know how many muslims living in europe? its 7% of the population. most of them are normal people, they work, they pay taxes, they are part of europes society. most people in europe arent interested in this topic, its about climate, social structures, the cost of living etc... these are the problems of normal people.