Posted mainly so people could read the comment section....seems 95% of the comments are all on the same page.

Its not ats, its many places....because of the left and their liberal ways. More people are running to the red.

Browsing around you see that 95% of the comments on AOL, drudge, Newsday and many others are all on the same page.

Comment section is gold and why they are dissapearing.... 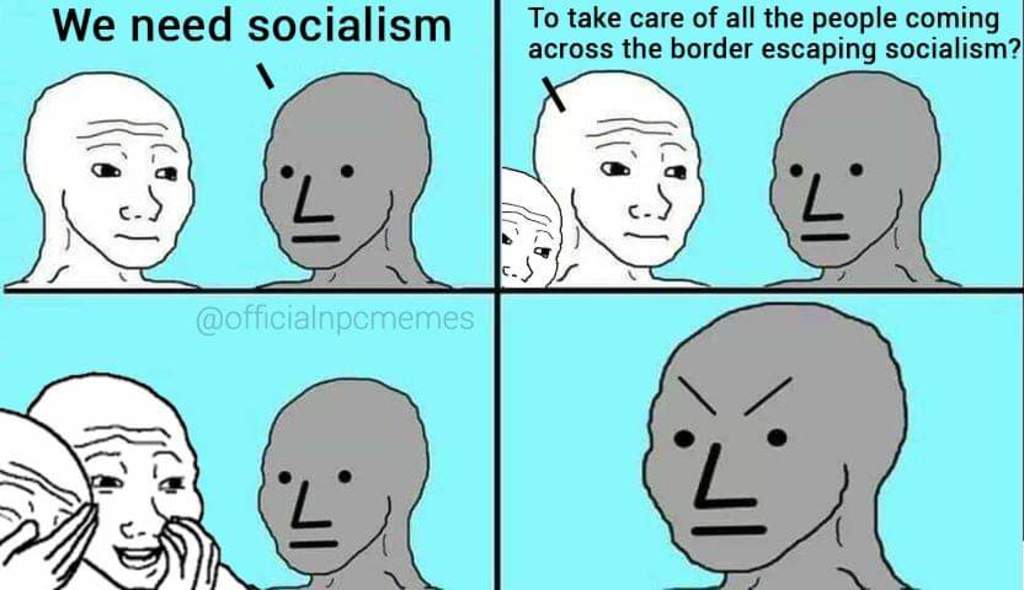 Why should we take people that have destroyed their own country into ours ?
We should take none, send all back and make them clean up their country.

Socialism today is like when the immigrants of the 40s , 50, and 60s were told that the streets of NYC were paved with gold.

Plenty of jobs and money

These are middle school educated people. Being told they will get everything for free once arrived in America.

Churches will.give you food, clothes, and shelter
Gov will bus you to your family
Lots of free handouts

I think it was in the article posted. One man when he turned himself over to border security .
He asks where his free cell phone is.

Where is my phone
Where do I sleep
I am hungry, feed me.

Times that by a million and the u.s. will be in for a big wake call.

These people are well known for over breeding.
Just having more children than they could or what society could handle. Causing the downfall of many civilizations in the past.

originally posted by: luthier
a reply to: Spacespider

The US government? Via the cia and fbi as well as several high profile politicians.

Yep and the consumers paying them 109 billion per year.

So it's a little more complicated then they screwed their country up.

Uh..maybe they are running to the red but the red is no longer conservative at all. Maybe they say conservative things on TV but they don't vote that way.

Texas has been a Republican state for a long time. They love illegals. It built their state to the level it is today during the booms starting in the 90's.

I wouldn't say that more people are running to the red. The fact of the matter is that anyone who does not go along with the current liberal/progressive playbook get labeled as a right winger. Anyone who was viewed as being a centrist say about 5 years ago, is now viewed as a "right winger" which adds to the illusion that there is this mass influx of "right wingers".

I guess what I am trying to say is that the Media and Democratic party has moved so far left, it has distorting their reality on where other American stand on the political spectrum.

The right is doing their best as well to label anyone who doesnt support trump (who is an 80's democrat still) a crazy liberal.

Look at the attacks on justin amash. The most fiscally conservative and one of the most constitution based legislators left. His voting record is pristine.

That doesnt matter though because he isn't allowed to have an opinion outside his party on trump. People would prefer an authoritarian over a constitutional based politician.

We have to force executive legislation because you know...the guys we don't like do it. That goes on to infinity apparently.

As a reference check out ben shapiro's Twitter when he calls out trump when he should be called out. It's certainly as bad as the libs and he actually has his life threatened by extreme right and left nutters.
edit on 26-5-2019 by luthier because: (no reason given)

posted on May, 26 2019 @ 10:15 AM
link
Meanwhile in Canada
UN urges Canada to take more Mexican Migrants from Central America

The stats quoted in both articles are quite different with Yahoo quoting:


Nearly 250,000 unaccompanied children or people traveling with family members were apprehended at the border in April alone, officials said, as opposed to some 59,000 in April of last year -- a 400 percent increase.


Asylum seekers reaching Mexico from Honduras, El Salvador and Venezuela caused a 103-per-cent spike in claims in 2018 over the previous years from almost to 15,000 to about 30,000, says the UNHCR.


Is the UN understating the amount?

Canada is a signatory to the UN Global Compact of Immigration/refugees. The only problem being is our Immigration minister ,
Ahmed Hussen the first Somali-Canadian to serve in cabinet, prefers his choices come from mainly muslim regions. Makes us more diversified or something

posted on May, 26 2019 @ 10:57 AM
link
Almost everyone I know is against allowing illegals coming into this country. The majority of them do not mind proper immigration with people being conditioned to live in our society, but most agree proper vetting is necessary.

Most of the comments on the MSM articles are saying illegal immigration is not good, there is only about five to ten percent that mention that illegals should be allowed. Now if the vast majority of citizens say that illegals are not good, why are we even considering leaving them come in. Ten percent of the people do not rule this country.

It used to be that the small amount posted on social media on MSM articles while the vast majority did not say anything, but now, the truth is showing up in these comments sections. The Congressmen just read the comments made by the left ant assumed everyone thinks that way, it is far from reality, the vast majority of Americans, both Democrat and Republican, do not approve of illegals sneaking in. I know lots of Democrats, most of them are against illegals sneaking over the border and most of them believe they should definitely NOT be allowed to vote. A small number of far left are commenting a lot, after all, that is what the far left do in order to increase their numbers. But they are now getting drowned out by the vast majority who state, disallowing illegals into the country is not racism.

We cannot allow the far left to brainwash our congressmen any farther, their radical liberal outlook is not good for our nation or anyone's country. The middle needs to speak up and put an end to both far right and far left activists brainwashing society and disrupting civility in their respective countries.

Do you really think the far left was behind the mass immigration to Texas where they built all the cities? Rick Perry, GWB, etc..didnt know there were millions of laborers, sometimes dozens at every home depot and lowes looking for work?

Lol..unfortunately most people don't have a clue.

Cartels that the us supports with 109 billion per year in illegal drug sales.

Several nations falling apart from various factors, largely due to our drug habit destroying their countries with organized crime.

Most people have no problem with legal workers coming to our country to work close to the border, what they have a problem with is people sneaking across the border, than staying here illegally and many of those illegals have an attitude. We need to work on immigration reform, to make it less costly and easier to identify good people who want to come work or live here.

I know some people who immigrated here, both illegally and legally. The ones here illegally would love it if they could afford to apply for citizenship, but it is way too expensive. My son in law was illegal till he got his residency, it cost a lot of money to get residency, most going to the lawyers. The high cost of lawyers is criminal.


I'm all for routing out the cartels since they are nothing more than terrorists anyway. however, I think there's much more than drugs that make parts of Latin America third-world.

Possibly but how could you know? We have had planes with CIA agents crash full of coc aine. Who knows how far it goes.

Plenty of third world countries don't have cartels run them. Tijuana is literally the most dangerous city in the world. Many migrants flee the violence.