That's brilliant.
Have to say, I'd buy a box just to keep if I was over there.
Wouldn't matter if there are other brands that are better, you'd want at least one, wouldn't you?

Yuk, I remember drinking Billy Beer once. I won't say what brand it reminded me of but it was a crappy brand.


originally posted by: visitedbythem
Oh cool!
That will work in my Kimber! 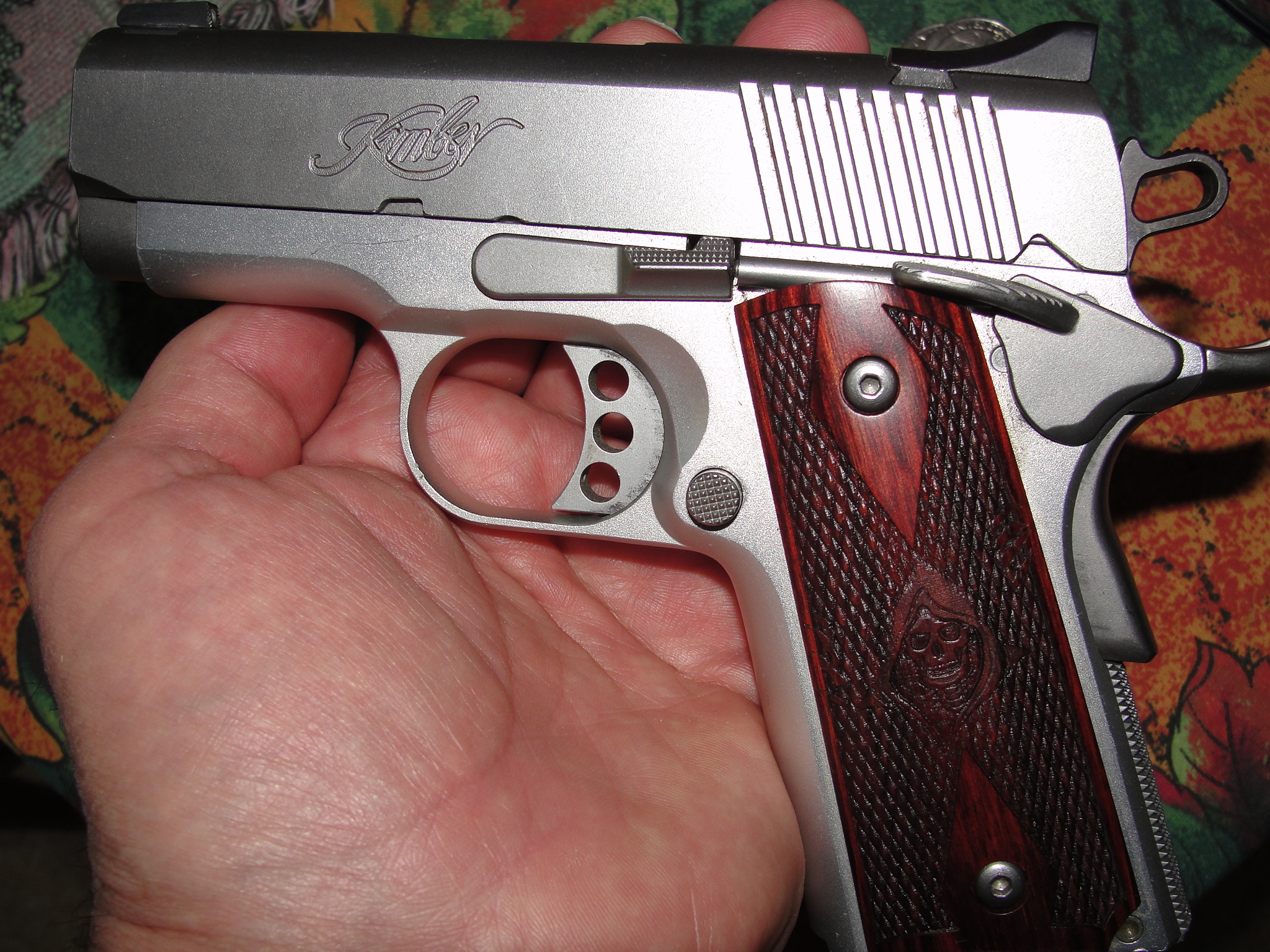 Either that gun is really small, or you have unusually large hands for such a young girl(avatar). Either way that seems like something you should address(get a larger gun or goto the doctor).

That's is a Kimber Stainless Ultra Carry 2. Its the smallest 45 there is. That's Grandpa holding it

I couldn't say. It has remained unopened since the seventies. I'd kind of be afraid to open it now lol.

Impeachment will not send him to gitmo.... it will only evict him from 1600 Pennsylvania Avenue.
Here's your hat... what's your hurry.

The delusion thrives on.

Trump administration banned bump stocks, didn't it? That's a part of a weapon. In the first two years.

The Obama administration did not ban any part of any weapon in 8 years. Yes, there were calls for assault rifle bans after each school shooting, but as far as I know there haven't been any bans after 1994.

So, in reality, the Trump administration banned a 100% more weapons than the Obama admin did... and they put his face on ammo.

That takes a special kind of stupid. The kind that you have to explain irony to.

Can't wait till the dems use trump expansion of the presidency precedent to take more rights away by declaring an emergency every time they can't get their way in Congress.

originally posted by: projectvxn
Great..Now I need to go buy a 1911... 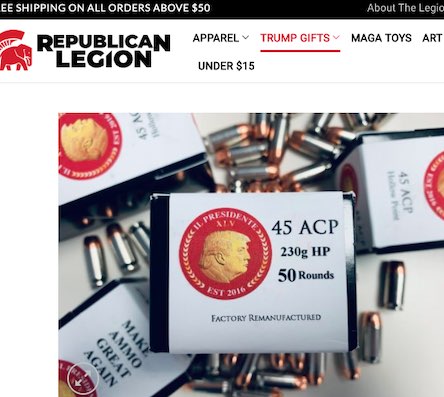 Godfather Politics: A new brand of .45 caliber handgun ammo has hit the market carrying a photo of Donald Trump on it! Well, this ought to drive liberals crazy!
Called “Trump .45 ACP,”* the ammunition is suitable for a .45 caliber semi-automatic handgun such as Colt’s venerable 1911 Army model.

The description of the ammo on the webpage where it can be purchased notes, “Every single 2020 Democrat candidate wants to strip Americans of their right to the Second Amendment. Some have said it openly, while others try to be a little deceiving.”
That latter part is exactly right. Take Sen. Cory Booker, for example.
Booker recently said that as president he would force gun owners to turn in their guns under a “gun buy back” program. But he is lying outright by trying to massage his public proclamations to fool people into thinking his plan would not include jailing gun owners who refuse to comply with the policy.
After all, if his policy is a mandatory confiscation of guns, then by necessity there would have to b the threat of arrest and jail for refusing to abide by the “buy back.”

This an in-your-face move to the anti-2nmd Amendment folks.

And I love it!

Folks, might as well face it, the 2nd Amendment is not going anywhere.

posted on May, 25 2019 @ 11:53 PM
link
Funny, because gold-colored ammo is very cheap. If they used that, it would appear more intrinsically valuable.

Trump agrees with the gun grabbers to raise the legal age of owning a firearm to 21. That pisses me off because we allow 18-year-olds to fight and die in wars but say they are not mature enough to defend themselves.

Trump banned bump stocks which is just retarded since you can do the same thing without a bump stock.

Fooking people calling him a model for the second is just stupidly weird.

posted on May, 26 2019 @ 08:28 AM
link
230 grain hollowpoints at 900fps.
Nice ballistics, a lot of .45s in that weight are only pushing about 830-850ish.
Federal Hydroshocks in that weight are my preferred carry round.
40 bucks for fifty rounds isn't too outrageous.
Might buy a box just to put away.
Is each round stamped with an image or just the box? 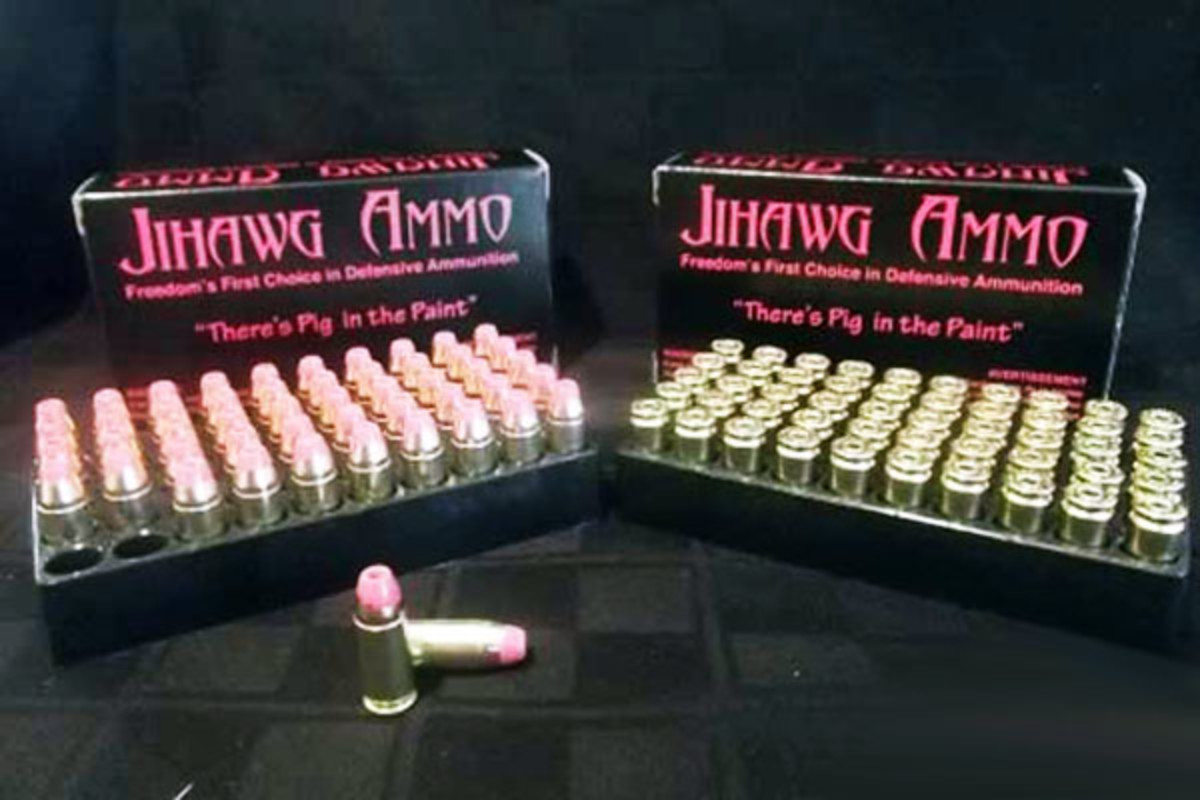 i too own a springfield armory 1911.
it's a great firearm
the company has the best customer service i ever encountered.

could you post a link supporting your claim the president agreed on raising the legal age of owning a firearm?

Y'all holler, Yosemite Sam has mosied back into town!

I don't care who the president is, it is catering to those who like wearing Elmer fudd caps and feel more of a man when they shoot bambi.

I'm not against hunting, but this is for folk who treat the second like a passage in the Bible.